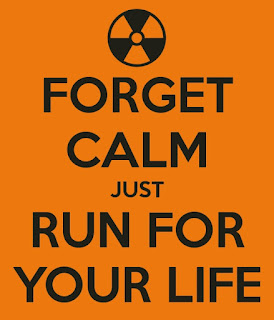 Some people, when confronted with a shambling horror or eldritch monster, find it within themselves to stand up and fight.  They have the courage to rise up, and fight against impossible odds, even when death is the only likely outcome.

You are not one of those people.  When people tell you that those caves are full of cursed treasure and ghosts, you stay away.  When someone warns you that the Demon is invincible, you took them at their word, and booked an immediate ticket for as far away as you could afford.  I hear France is lovely this time of year.

That's not to say you're not capable of being brave.  You're not necessarily a coward, though you might well be.  But for whatever reason, you have too much sense, too strong a sense of self-preservation, or too little courage to stand up and fight. 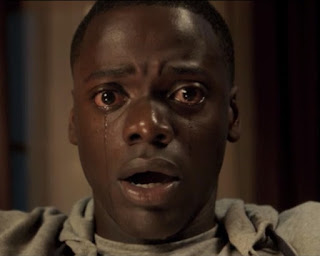 This is the John Doe class.  It's very threadbare, and based heavily off this one.  This class is for a very specific type of player, the type that likes role-playing above all, and wants to play someone halfway sensible trapped in this nightmare universe.  For that reason, the John Doe class is terrible at fighting but has some other abilities that still allow you to help out.

Additionally, this class has a secondary purpose.  If their is a cursed book in the library, a monster prowling around attacking people randomly, or anything else especially random, have it happen to the John Doe.  They're weirdness magnets; the character who is constantly tripping over elder gods on the way to the convenience store, or getting kidnapped or brutalized every time an enemy needs to make a point.  However, don't lean on this aspect of them too hard.

As they level up, John Does might become more cynical, they've seen it all before.  Or they might crumble into piles of mental disorders and excessive amounts of drugs, depending on the game/character.

And this class isn't gendered, by the way.  Just as Male Alices are called Allisters, Female John Does are called Jane Doe.

Non-combat: Your noncombatant status is obvious to everyone, and enemies won't treat you as a threat unless you give them reason to view you as one. For as long as you are cowering, hiding, running away, etc, all enemies will always ignore you until all your more threatening comrades are dealt with, and will not use lethal force against you unless they have a strong reason to leave no survivors. Once they see you inflict real damage on someone, this no longer applies.  Additionally, any time you surrender to your enemies, they will always tie you up and take you prisoner unless they have a very strong reason for doing otherwise.

Negotiator: As long as no blood has been spilled, you get +1 to all checks related to negotiation.

Dodge: A number of times per day equal to your level, you can declare an attack automatically misses you.

Sneaking Savant: Add +5 to any roll made to sneak, and if their is an condition that requires you to save or suffer a penalty to sneaking, or prevents it entirely, you get a save to see if you can still attempt to sneak.

Trusty Rock: You are fantastic at knocking out unwary enemies by whacking them on the head with blunt objects. Any time you are able to sneak up behind someone, either because they don't know you're there or because they're ignoring you, you can try to whack them on the head with a table leg, rock, vase, etc. Make a to-hit roll (with your +4 bonus, if appropriate): if it hits, your victim must make a FORT save or be knocked out cold for 1d6 rounds. (Enemies in helmets get a +4 bonus to this save, and enemies without heads or brains are, of course, immune.) Once enemies have seen you do this, they will start to take you seriously as a threat, so this ability will usually only be usable once per combat.

NOOOOOO!: Any time a ranged attack would take you to 0 HP or below, any other nearby PC may elect to take the hit instead by yelling 'NOOOOOOOOOOOOOOO!' and jumping in the way of the bullet / arrow / whatever.  This can only occur once per encounter. If a PCs opts to take the hit for you, then the attack must contest their AC.  If it is lower, then it bounces off the PC without hurting them.  If it does still beat their AC, they take -4 damage.

Vital Contribution: Once per day per level, while another PC is fighting someone, you can make some kind of vital contribution which lets them get in a telling blow. Maybe you trip the enemy, or distract them; maybe you clumsily stumble through the melee at just the right moment to knock them off balance. Whatever happens, the PC in question gets a free attack, with a +2 bonus to their to-hit and damage rolls; but while, in the fiction, their character is the one who makes the attack, you roll the attack and damage dice for it.

Low Effort Defense: Because they don't take you seriously as a threat, enemies won't bother to defend themselves properly against you unless you give them reason to do so. If you attack an enemy who is currently ignoring you, or who is fighting you but has not yet been given any reason to view you as a real threat, you get +4 to-hit and inflict bonus damage equal to half your level, rounded up. For as long as these attacks keep missing, enemies will continue to not take you seriously (although they will try to stop you attacking them, in a low-priority sort of way), but once one of your attacks actually hits and does damage then this bonus no longer applies.

You need my permission to die: If a PC falls in battle and you are nearby, you can grab them and scream how they can't die, how you still need them, etc.  If you do so, they recover 1d6+1 HP, and immediately stand back up, ready to finish the fight.

Faithful: Whenever you are within 50' and someone spends any Luck Points, have them roll 1d6.  If the number rolled is less than or equal to the number of Luck Points expended, then those Luck Points are not expended.