Like their sisters, the Incubi are seducers and stealers of souls.  However, because of their male nature, the Incubus proceeds in a radically different way than the Succubusses. 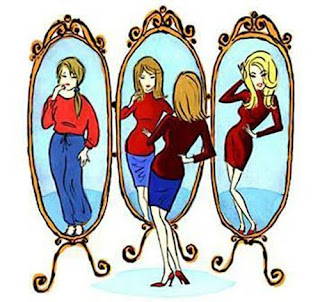 The Incubus will then approach the target and infiltrate any group the target is a part of, always with some plausible explanation for why they exist.  He will claim to be that person from another world, or the future, or a clone that was generated magically.  He will then begin befriending the target's friends and stealing the target's thunder at every opportunity, while always trying to appear to be a good-hearted individual who is not trying to do that. 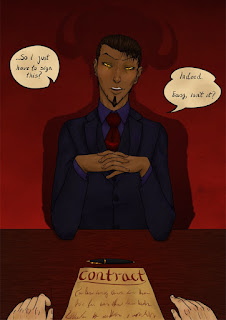 A Succubus steals your soul once you've done three evil acts at her behest.

For an Incubus, the goal is slightly different.  At the right time, the Incubus will approach the target and tell him that the Incubus cannot do this anymore.  The Incubus will then agree to transfer all of his powers to the target, to transform you permanently into the ideal version of you that he currently is.  All you have to do is pay his price.  I'll give yuou three guesses what he wants and the first two don't count.  If the target accepts, the Incubus disappears in a flash of smoke and light, laughing all the way down to Sheol, with the target left with a lingering emptiness in their breast and a Soul Contract.

Soul Contracts are enchanted pieces of paper that link to a living person's soul.  Anything done to that piece of paper will also be done to the person.  For example, if the Contract is ripped in half, the person will shortly thereafter be cut in half, either in battle or through some kind of freak "accident".  The Contract will also repair itself over time, as long as it is not utterly destroyed.  After the person dies, his soul is dragged into the Contract and the creature he sold it to him come to collect.

If anyone refuses his offers, the Incubus will always try to kill him, usually through manipulation of the target or others, or through other covert means. 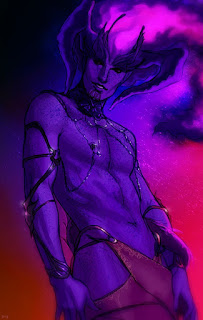 Stinger: As a full action, The Incubus can attempt to sting someone.  Anyone stung takes 3d6 poison damage, save for half.

Superior Shapeshifting: The Incubus can shapeshift into anything he desires.  However, if he wishes too, his stats can change to whatever he transformed into.  However, to transform into something stronger than himself and to replicate its abilities, he must absorb some of its mana each day.  He can do this through touching them or making contact with hot blood freshly spilled from the person he has transformed into.

Invisibility: As a full action, the Incubus can turn invisible.  This gives him +4 to AC and +4 to hit.  He turns visible as soon as he does something strenuous or makes an attack.

Flyer: The Incubus can use his 'Superior Shapeshifting' ability to grow wings and fly.  If he already has his wings out, he gets +4 to initiative.

Tactics:
- Stalk someone once you've selected a target
- Then transform into him
- Replace your target, steal his place in the group
- Bargain for his soul
- If he refuses, kill him and flee 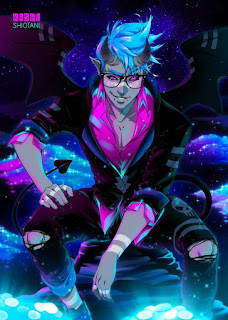