I've made several attempts to do this and they all sucked.  Thus, I went back to drawing board and finally came up with this. Behold, my Sorcerer-King generator.  If you need an ultra powerful, semi-mortal magic user to be the villain of a campaign, to rule a city in the middle of an arid waste, to be the eccentric host hosting an auction in some desolate region where only the wealthiest and most influential people in the world or for any other reason, use the tables below.

Also, if you want to create a unique retinue for the Sorcerer-King, try this post here. 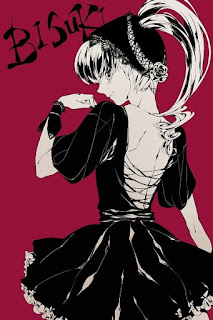 What is the Sorcerer-King's name?

What is the Sorcerer-King's sex?

1d4
1- Male
2- Female
3- The Sorcerer-King is a functional hermaphrodite, with the best features of both sexes.  When you first see him/her, save.  On a failure, you are disgusted by the Sorcerer-King.  On a success, you find the Sorcerer-King oddly attractive.
4- Whatever you rolled is actually just a disguise, roll again to see what the Sorcerer-King really is.  If you roll this result again, continue rerolling.  Each of this result is another disguise layered one on top of each other.

What is striking about the Sorcerer-King's appearance?

How strong is this Sorcerer-King?

The Sorcerer-King is surrounded by an aura of...

But if the Sorcerer-King gets into a really tough spot, he can just...

1d20
1- Use his powerful telekinesis (as a Mind Flayer) to start flinging people around, stealing weapons out of people's hands, etc, etc
2- Bring something dangerous looking to life and bring it into the fight, under her control.  The object animated has 1d6 HD, an AC of 10, and can make two attacks doing 1d8/1d8 damage.
3- Flood the air with some kind of hyper-lethal poison.  The Sorcerer-King can create a cloud of toxic gas for 30' that does 1d20 damage to everyone within in, with no save permitted to evade this damage.
4- Inflict a terrible disease on his or her attackers.  All within 100' must save.  On a failure, those who failed their save begin developing symptoms for some terrible disease.
5- Light EVERYTHING on fire.  The Sorcerer-King immediately flings a 5d6 fireball at one target within 100', doing damage to everything within 30' of the fireball, save for half.
6- Make something important explode.  One object within 100' is targeted.  If it is a creature, it may save.  If it is an object, no save is permitted.  After 1 round, or when the Sorcerer-King desires it, that creature or object explodes, dealing 2d20 damage to everything within 50', save for half.
7- The Sorcerer-King calls down a 4d6 lightning bolt to strike one target.  Save for half.
8- One creature must save.  If the creature fails, he or she is turned into an ordinary, 1 HP Frog with no class abilities or higher cognitive functions, though their personality remains the same.
9- The Sorcerer-King fires a pair of lasers from his or her eyes.  Anyone struck by these lasers takes 3d6 CHA damage.  If the CHA damage taken equals or exceeds their CHA score, that creature is teleported to an unknown location.
10- Summon an army of the Dead to do their bidding.  Immediately, 1d20+10 2 HD Undead loyal to the Sorcerer-King appear out of closets, from under the floorboards, crash through the windows and etc.
11- Take over someone's mind.  One creature within 100' of the Sorcerer-King must save.  On a failure, that creature falls under the mental domination of the Sorcerer-King for 1 hour or until the Sorcerer-King is dead.
12- Teleport to some other location.  The Sorcerer-King, along with anyone touching them, disappears to some unknown location.
13- Disable their opponent's weapons.  Every person holding a weapon within 100' must save.  If they fail their save, their weapons stop working.
14- Create an amazing, astonishing illusion.  Every person within 100' sees an illusion depicting some kind of insane attack, reinforcements, or etc.  It is only when it touches them that they realize it was just an illusion.
15- Flash-clone their opponents and sick their clones on them.  1d6 of the Sorcerer-King's opponents are suddenly copied, and clones of them wielding organic equipment are grown on the battlefield.  These clones are absolutely fearless and obedient to the Sorcerer-King.
16- Create a bunch of acid and start melting stuff.  The Sorcerer-King can either make an attack and create a bubble of acid that they throw at someone, doing 3d6 acid damage on a hit, or cover a section of floor up to 30' long and 30' wide in strong acid that will dissolve anything that is not stone, glass, ceramic or plastic.
17- Suck the life out of you.  The Sorcerer-King, as an action, can force one person within 30' to save.  On a failure, that person takes 1d8 damage and the Sorcerer-King regains an equivalent amount of HP.
18- Summon some really strong back-up.  The Sorcerer-King summons an Outsider, who will try to possess someone within 100' of the Sorcerer-King.  Use the usual rules for Outsiders, as found here.
19- Transform themselves.  The Sorcerer-King transforms themselves into a giant monster that has a Damage Threshold of 10, an AC of 12, and makes 3 attacks, two for 1d8 and 1 for 1d12.
20- Unleash a psychic pressure wave.  Everyone within 100' must save.  On a failure, they take 1d6 Psychic damage and get -1d6 to do anything complicated or delicate as the Sorcerer-King's will crashes into their minds, flattening their personalities, shoving them back down into their Lizard brains.  Those affected by the psychic pressure continue taking 1d6 damage as long as they are within 100' of the Sorcerer-King and are not running away.

What is the Sorcerer-King's weakness?

1d12
1- If his hair is ever cut, he loses his powers.
2- She cannot use or touch iron, and iron weapons hurt her more than other types.
3- Anything holy or blessed will do extra damage to him.  He also cannot harm holy individuals or step onto holy ground.
4- She can only maintain her powers as long as she does not commit any serious sin or act of virtue.
5- He cannot eat certain things, such as the meat of certain animals.  If he did, this would weaken him.
6- She fears mirrors for some reason.  If she sees a mirror, she will flee.
7- He has unmet obligations to a powerful creature from beyond the world.  This creature could probably offer you some advice, if you help it to collect on its debts.
8- She cannot disobey the order or harm a certain type of person, such as civil magistrate of a nation whose jurisdiction she falls under, one of the Folk, a virgin, etc.  However, the order of another creature or person of the same type can override the first order.
9- He is damaged by sunlight.
10- She must regularly make sacrifices to a cabal of spirits, which grant them the majority of her powers.  If this sacrifice network were to be totally disrupted, she would lose all her powers.  If it was partially interrupted, then she would be weakened.  If left untouched, she is basically invincible.
11- He requires an item on their person.  If this item is not in his possession, he is severely weakened.  If it was destroyed, he would permanently lose his powers.
12- She is being pursued by Hungry Ghosts, who wish to kill her and drag her soul to Hell for her crimes.  These Hungry Ghosts are kept away by frequent sacrifices, magic or some other mechanism.  If this mechanism could be broken, the Hungry Ghosts could freely enter and attack the Sorcerer-King.  The Hungry Ghosts could tell you this.  However, you must be careful.  The Hungry Ghosts are are single-minded and consumed by vengeance.  They will do anything to make the Sorcerer-King pay.

But even if you kill them, if they manage to get you with their Death Curse, then you're screwed.  What did they curse you with?

What is the the Sorcerer-King's long-term goal?

1d20
1- To punish a troublesome polity (city, province, or small nation).
2- To punish a particular person and his or her family, or the descendants of that person.
3- To become immortal.
4- To trick or manipulate a person into fulfilling an ancient prophecy.
5- To awaken an Elder God from their hibernation beneath the waves.
6- To destroy an institution or an organization that the Wizard finds offensive (CERN, Walmart, National Geographic magazine).
7- To attempt or investigate time travel, with the intention of using it.
8- To create life (the more dangerous and uncontrollable, the better).
9- To create a terribly dangerous magical weapon, capable of untold destruction if completed.
10- To reshape the geography of an area in a drastic and permanent sense.
11- To make a fictional character(s) real.
12- To clone/resurrect/revive someone they love.
13- To get into space in a rocket made of garbage and spells.
14- To build a tower or structure that can reach Heaven so they can speak to God.
15- To build a portal to Hell.
16- To rip a star out of the heavens and bring it down to earth.
17- To learn his or her fate and the fate of everyone in the world.
18- To gain access to another, parallel universe.
19- To gain control of the vast majority of a valuable resources.
20- To ensure the survival and success of a people group/nation/bloodline.

What is the Sorcerer-King's current goal?

1d6
1- To destroy a troublesome organization/tribe/person who is interferring in the Sorcerer-King's plans.
2- To gather rare ingredients for a magical ritual.
3- To obtain a rare and powerful magical item.
4- To speak to a particular person and pick their brain on a subject that person is knowledgeable in.
5- To find out what is causing the delays in his or her long-term project.
6- To try and tame/recruit a particular monster/person/entity to his or her cause.

What is the Sorcerer-King's current problem?

1d6
1- Her monsters keeping escaping/defecting.
2- Troublesome lesser beings keep intruding into his laboratories.
3- The power source for her current experiment is quite dangerous/unstable and is negatively affecting her, her workers, or the surrounding environment.
4- His experiment is flooding the local area with magical radiation, which is causing all sorts of irritating side-effects.
5- A local monster/person/tribe is attacking them, and the Sorcerer-King just wants to be left alone.
6- The Fuzz is coming!  API or some other law-enforcement body is coming to check out this place, and the Sorcerer-King is scrambling to get out and conceal the evidence that he was here.

What is the Sorcerer-King's current fancy?

1d6
1- To wait and see how a particular, amusing situation plays.  For example, what happens when an adventuring party accidentally activates the ancient doomsday device?
2- The Sorcerer-King want you to come and have tea with him or her.
3- The Sorcerer-King want you to deliver this sexually degrading letter to a powerful monster/person/entity, see that monster/person/entity's reaction and bring back a reply.
4- To throw the greatest party in the universe.  Expect Succubus dancers, drugs with names that you can only pronounce with a two foot tongue, and high-profile guests from all over the world/the cosmos to show up.
5- To wander around undercover with some local ruffians.  If a police officer starts reporting a member of the a local criminal syndicate that can suddenly fly or shoot lightning out of his eyes, it could be a Sorcerer-King in disguise.
6- To hand over immense power to a weakling and see what happens.  Expect the bullied kid to suddenly receive the anonymous gift of a magic superweapon, the homeless man to receive an enchanted amulet that attracts money, or the local single lady to suddenly gain the ability to make men fall in love with her.  Of course, chaos and unexpected consequences follow. 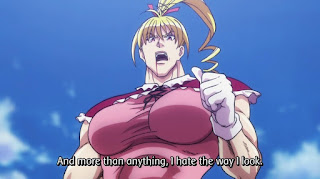