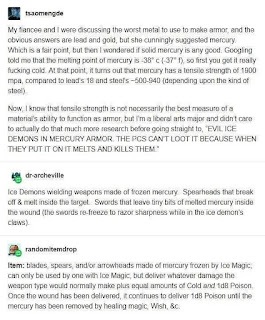 These people are the ones who inspired this idea.  Credit to them.

They are the creation of a long collapsed Dark Sorority, Sons of a Black God, bad seed planted in fertile soul, allowed to bear an entire orchard of raw wickedness.  Once they were legion, but now they number only in the hundreds, perhaps.  Some say they dream of rebuilding their power and prestige, of becoming the lords and kings they once were.  Some say they desire to take revenge on those who wronged them in the past.  But mostly, people say they want what all corruptible men want: power, glory and of course, gold.

What even is a Yuguloth?

Yugoloths are queer creatures, halfway between Demon and Mutant.  They possess powerful innate abilities, but live and die like any mortal.  They are loved by neither type of creature so they struck out on their own to carve out a place for themselves.  Once it was said that Yuguloths served a single master, or at least a single cause.  Those days are no more now- every Yuguloth is out for himself.  They do work together and have some love for each other, but generally these bonds of good faith are only intra-unit.  A large number of Yuguloths is likely to result in a great deal of betrayal.

Yuguloths can be summoned like Demons, though they are not bound by the same limitations, possessing their own physical bodies.  They will work for anyone who can pay, and they accept anything valuable for their services.  They prefer to be paid in magic power or items, but anything will do.  Depending on the specific group, Yuguloths may also accept gold, jewels, slaves, land, favors, secret knowledge or something stranger.

A common rumor about Yuguloths is that you can control one if you know it's true name.  The Yuguloths insist this isn't true, but it absolutely is.  Yuguloths know this and refer to themselves by nicknames or aliases for that reason.  Anyone who knows a Yuguloths' true name can summon it and command it, though any Yuguloth forced to do something it doesn't want to do will grow to despise the one who commands it.

It is said that the Sewing Circle, the original co-creators of the Yugoloths, originally placed the enchantment that bound the Yugoloths on them when they were only children and then wrote down the names of all the Yugoloths in a series of 12 books.  However, there was a problem.  The Sewing Circle was composed of Hags, each one greedy and power-hungry; and most of all, completely untrusting.  There were 12 of them, sub-divided into four covens.  The covens could not get along properly however, and only the intervention of The Father get them from ripping each other apart.  So when The Father had to leave for some reason, the stories disagree on what reason, he left his eldest son in charge.  The eldest son was a Yugoloth though- and the thought of being enslaved to the inhabitants of this cathouse or his Father did not appeal to him.  So he erased his own name from the book that contained it and stood aside the next time an argument started among the Hags.  Some say he manipulated them, others say he just gave them a little push.

It didn't take long for the Hags to be at each other's throats, first figuratively, then literally.  The Sewing Circle dissolved as the covens began squabbling then fighting, and in the process the Yugoloth books were lost or destroyed and they were subsequently emancipated, left to make their own way.

To this day this is the state of affairs.  Many Yugoloths are content with their lives, free-booting around the universe, serving whatever master they wish for whatever they can extort or negotiate them for.  However, some seek to unite their brethren into a single force that could overthrow almost any force.  Many of the latter also seek the eldest son, otherwise called The General, The Marshal, The Prince, The Leader, The First, The Eldest, or simply: One.  They wish to thank him, or follow him, or maybe kill him and take his place.  So far, none have been successful, though many claim to have found him.

Other then that, most facts about the General remain in dispute.  All that is known about him is that he disappeared once the fighting started.  Some claim he died during the fighting, while others think he is in hiding, repairing or collecting the Yugoloths books to either keep them safe or use them himself.  Others say that he is actually doing the opposite, traveling in secret to find the Yugoloth books and destroy them, so that all of his brothers might be free.  Depending on the Yugoloth you talk to, you will find that their position on who the General is to be widely varied, anything from glorious future king to folk hero to the most black-hearted of villains. 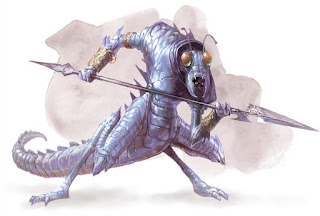 Despite being named after the first month of the year, they are not the commanders.  Shiver Squad is a fast-attack squad composed of shock troops.  Shiver Squad specializes in lighting attacks that utterly break an enemy's resistance, leaving them scattered and disoriented.

Shiver Squad is 15 in number, making it one of the smaller groups of Yugoloths.  It is composed of a type of Yugoloths named by their mothers as Cryoloths, named for their perculiar bodies.  Appearance wise, Cryoloths resemble huge insectoids, with terrible faces and slavering mandibles.  They have strong hands with fingers tipped in claws and feet ending in large talons.
Instead of soft skin they are covered in a blue-white exoskeleton.  When not in combat, they adorn their exoskeletons with  scarves and other scraps of clothing, but otherwise are largely unclothed.

When in battle they wear silvery armor made from mercury that includes helms, breastplates, greaves and bracers.  Some carry shields, though most don't, instead wielding long spears or two-handed swords.  In terms of height and size, they are tall and broad, but they still count as Medium creatures.

Shiver Squad prefers to be paid in jewels or salt.

Their Mother is still alive.  She is a Sea Hag who dwells along the shore of the Polar Ocean.  Her name is Lonely Leah.

The location of the Book that contains their names is known, though not to all.

Freezing Aura: Cryoloths' bodies are utterly cold, blistering to the touch.  Anyone who touches a Cryoloth takes 1d4 ice damage.  This damage also applies if a Cryoloth is grappling someone or being grappled.  They also cool the air around them- in summer or sunlight this effect is usually negligible, but in winter, at night or when it's cold it can be eneverating.

Mercury Arms: Cryoloths wield armor and weapons made of mercury.  The poison damage their weapons do is based off little bits of the metal that get trapped in the wounds or on the skin of their opponents.  Their weapons are only kept solid by their freezing bodies and the enchantments on them.  They can only be wielded by someone who possesses a similarly cold body or ice magic.  Otherwise, if removed from a Cryoloths' presence the armor and weapons quickly melt into puddles of poisonous mercury.  If a Cryoloth touches one of these pools, the mercury will refreeze into whatever it was before it melted. 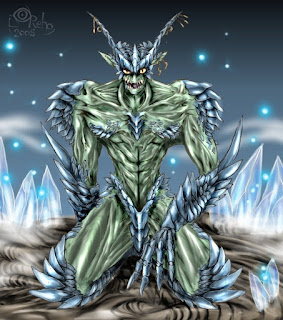 Scour is the leader of Shiver Squad.  He has a cold manner, but he is easily the strongest and boldest of the group.  Mercenary life does not suit him, as he is reluctant to retreat and poor at dealing with customers.  He only truly feels alive in battle, smashing inferiors beneath his clawed feet and clashing blades with a worthy rival.

Weakness: Scour refuses to acknowledge the possibility of defeat.  He will only retreat if things are extremely dire and all hope of victory has been snuffed out.  It's a miracle he's still alive.

- He may make two sword attacks, but lacks javelins.

Blister is the Vice-commander of Shiver squad and their primary negotiator.  Among Shiver Squad he is the most eloquent and diplomatic, though by the standards of most he is still a belligerent, arrogant jerk.  Blister's primary duties involve talking to prospective clients, arranging the transfer of money and working out battle tactics with Scour.  He's also the one most likely to order a retreat, as Scour refuses to do so.

Weakness: Blister is greedy.  He is out to get as much for himself as he can.  He usually conceals this behind a veil of oily charm, but his appetites are great.

- His sword attacks only do 1d6 sharp damage

Count is Shiver Squad's quartermaster.  He keeps the unit functioning on a day-to-day basis, handling the distribution of pay, rations, and war booty, as well as managing and maintaining equipment.  He is a cheerless and punctilious individual, with the memory of an Elephant and the patience of the same.  He has no tolerance for fools, however.

Weakness: Count is inflexible.  He will not deviate from a plan or the most logical (and usually direct) course of action.  He is easy to trick, though no trick will work on him more than once.

Spellcaster: Count is a sorcerer, able to manipulate his body's natural energies better than any of his fellows.  He has 3 spellcasting dice, which burn out on a 5 or 6.  They do not trigger Chaos on a roll of doubles.  Count has the spells Chill Breath, Fogbank and Freeze Ray prepared.

Variable Aura: Count's freezing aura waxes and wanes because of his spellcasting.  Whenever he casts a spell, there is a 2-in-6 chance his armor and weapons melt and change back into their liquid forms.  Reforming them back into their proper shapes takes a full action.  If his weapons melt, Count can make a Fist attack that does (1d4 blunt + 1d4 cold)

Besides Count, there are also two other Cryoloths who can cast spells like him.  If all three are gathered and working together, they can cast Summon Winter. 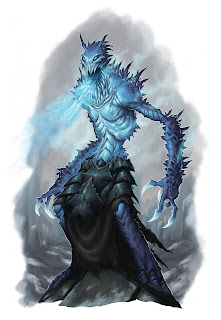 Shiver Squad Plot Hooks:
1d4
1- There's a war on!  And Shiver Squad has been sighted on the battlefield.  Sneak behind enemy lines and defeat them, or convince them to switch sides.
2- A city has been trapped by an unexpected blizard and a plague of ice-covered Undead.  The court Sage thinks the storm is not as natural as it seems.  Find the source of the storm and put a stop with it.  Secretly, Shiver Squad has been creating the storm to cover up some other activity they are engaged in in the city.
3- A Tribe of weaker monsters has surrounded a location and are preventing anyone from exiting or leaving.  You are dispatched to investigate why.  The weaker monsters have surrounded Shiver Squad and trapped them inside the location.  If you disturb the siege, Shiver Squad might escape.  But the weaker monsters might still make mischief in the future.  This could be your only chance to crush them.  What will you do?
4- An evil Sage is performing magical experiments on behalf of an enemy group.  You are hired to put a stop to these experiments, either because they are causing adverse effects or because spies have reported on the experiment's true aims and your employers don't wish them to be completed.  Unluckily for you though, the Sage has hired Shiver Squad to be his bodyguards for the duration of the experiment.  You will have to fight your way through them, or find another way. 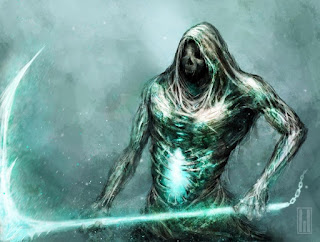