This is an idea that is heavily inspired by Dorohedoro, an excellent series that you should watch if you have Netflix and/or like anime.  There is also a manga, which I hear is good but haven't read myself.

I've been trying to create a Wizard/Magic-User type enemy that is alien, yet human, something that understandable enough but still has enough distance from the players that they wouldn't feel bad slaughtering them.

These Wizards would also fit very well into a setting like this, provided you swap out the Sci-Fi elements for magic and sorcery. 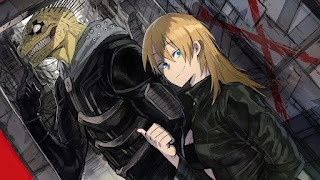 They come from other worlds, outer space, or somewhere else.  They're not from around here.  What they want is usually a mystery.  Some of them can speak the local language, and blend in somewhat well.  Some you would never guess were anything but human.

But they aren't human, at least, not fully.  They are strangers from another place, with the power to manipulate reality simply by willing it.  They are Wizards- creatures not of this world.

What they want is often unknown, but what they do is fairly understandable.  They come seeking things from your world sometimes, things that cannot be obtained where they are from.  Or they come looking for prey- either to kidnap and take back with them or to simply use here.  They are known to use the inhabitants of your world for magical experimentation, much of it cruel.  They come for amusement- either profane and terrible or simply mundane.

Note: I'm going to use "He" to refer to the Wizard, but you can obviously have female Wizards.

To customize a Wizard's appearance, roll on the tables below:

1d2
1- A male.  He appears to be 1d4 [1= A young boy, barely on the cusp of adolescence; 2= A strong, splendid youth; 3= An older man, but still in sublime shape; 4= An older man, anywhere from his fifties to his eighties.]
2- A female.  He appears to be 1d4 [1= A prepubescent girl; 2= A teenage girl, growing into womanhood; 3= A woman in the full flower of her youth and beauty; 4= A mature woman, anywhere from her fourties to her sixties.]

The Wizard is dressed in a...

1d8
1- Suit and Tie.
2- A graphic T-shirt and shorts.
3- A full body leather suit that resembles bondage gear.
4- A tracksuit with a brand name you've never seen.
5- A military uniform that 1d3 [1= Resembles one you might find Around Here; 2= Was used by a local or familiar military decades or centuries ago- looks like something a cosplayer or reenactor would wear; 3= Is clearly a military uniform, but is unfamiliar in design to you.]
6- A print shirt, unbuttoned with a tank top underneath.
7- A long-sleeved robe that hangs down to the ankles.
8- A jacket or outer dress with lots of frills and lace.

The Wizard also has...

1d6
1- Blood-stained bandages wrapped around his arms or legs.
2- Handcuffs or shackles on.
3- A wide slit in his clothing, revealing his chest or legs.
4- Tons of jewelry: rings, earrings, bracelets, all in amounts far more than normal.
5- Tattoos covering a large amount of his body, likely (50%) the Wizard also has a large amount of exposed skin, to show off his ink.
6- A large metal plate in their skin or on their clothing, displaying a slogan.

What kind of mask does this Wizard wear?

All Wizards wear masks at all times, unless they are trying to blend in or are in an intimate setting.  In all other circumstances, a Wizard will treasure his mask and never relinquish it, unless doing so would mean dying.  Each mask is unique, each one being customized by the Wizard themselves, and can be a good hint about what kind of person he is. 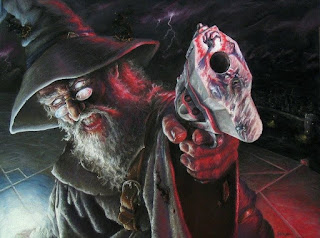 Sorcery: Wizards of the Otherworld have innate magicks that enable them to control an aspect of creation.  To cast magic, a Wizard of the Otherworld needs only think of what they want to do and roll 1d20.  Depending on how hard a task is, the higher the Wizard must roll.  For an easy task, the DC is 5.  For a medium or moderately difficult task, 10.  For a difficult task, 15.  For an extremely hard task, 20.  On the roll of a 20, the Wizard automatically succeeds, unless the task they are attempting is impossible.  On a roll of 1, the Wizard automatically fails and has their magic turned back on them.

Portals: All Wizards of the Otherworld have the power to open portals that can take them from any location on the world they have traveled to back to the point in their otherworld that they entered from.  These portals take the form of doors that can be opened or closed by any normal creature, once created, which takes an action.  Once a portal is shut, it disappears and a new one must be created.  But as long as it is open, any creature that passes through can travel to the same destination the Wizard wishes to go.

Tactics:
- Gauge the strength of your opponents, determine if magic is necessary
- Use magic if an opponent is weak, or if too powerful to be otherwise overcome
- Never let yourself be killed or taken alive, always retreat if in danger

To customize a Wizard's statblock, roll on the tables below:

How strong is this Wizard?

How does this Wizard primarily fight?

1d3
1- With his magic.  He carries either a 1d6 melee or ranged weapon, but primarily relies on his magic, keeping that only as a back-up.
2- Melee combat, either unarmed or with a weapon.  He is armed with a 1d6 [1= Ornate sword; 2= Pair of Tonfa; 3= Nunchucks; 4= Collapsing Staff; 5= Pair of long knives; 6= Ordinary tool repurposed as a weapon, e.g. a frying pan, carpenter's hammer, cricket bat.]
3- Ranged combat, weapon varies depending on the Wizard.  He is armed with a 1d4 [1= Gun; 2= A bow or crossbow; 3= A wand; 4= A musical instrument that channels magic.]

What is the Wizard protected by?

1d8
1- Fighting Experience.  The Wizard can parry 1 attack per round, either with his magic or with a weapon.
2- Normal Armor.  The Wizard wears armor that gives them AR 3.
3- Enhanced Agility.  The Wizard, unless being attacked from surprise, adds double his or her DEX modifier to any defense rolls (min +2).
4- Enhanced Toughness.  The Wizard takes -1d4 damage from all non-magical sources.
5- Passive Magical Defenses.  The Wizard's magic automatically activates in response to them being attacked.  If the Wizard is attacked, roll 1d20.  If the roll exceeds the attack roll, the attack is automatically nullified.
6- Regeneration.  The Wizard regenerates 1d6 HP a round.  There is a way to retard or slow this regeneration, but it is secret.
7- Damage Immunities.  The Wizard cannot be harmed by sources that do 1d4 [1= Sharp (cutting, slashing, ripping); 2= Bludgeoning; 3= Ballistic; 4= Burning] damage.
8- Specific Death Condition.  The Wizard cannot die unless 1d8 [1= He is decapitated; 2= All his limbs are cut off (while he is still alive) and later buried in separate locations; 3= He is burned to death and his body is reduced to ash and bones; 4= He is flung from a great height and dies on impact; 5= He is drowned; 6= He is strangled with not a drop of his blood being spilled; 7= He is killed by someone who has never taken a life before; 8= He is poisoned.]

What type* of magic does this Wizard do?

*If you are playing a game with a lot of these types of Wizards, I recommend making their magic types more varied or specific, such as instead of just "Light" in general, perhaps the Wizard can only make hard-light constructs, or their fire magic is a thin laser that can cut through objects and burns like an acelytene torch lasers of various types, or etc. 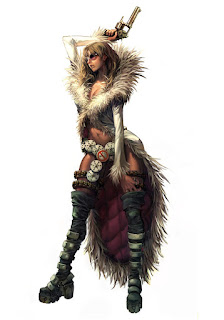 Into the World of Wizards:

If you follow a Wizard through a portal, what do you find on the other side?

1d4
1- A series of blank white corridors with endless doors.  Men in milk-white robes and featureless masks, carrying arm-loads of paperwork and bulging folders walk these halls, entering or exiting through the doors seemingly at random.  Those wearing masks, as long as they do not disturb the transportation of these papers, will be ignored and allowed to enter or exit doors at will.  Those who cause trouble or kill the men in white will have the unpleasant experience of meeting Security.
2- A maze of doors, being guarded by masked humans armed with weapons and check-lists.  They will ask for your papers and if you have anything to declare.
3- You are dumped into the back alley of a beautiful, ancient city, overflowing with wonders beyond your wildest imagination, a place where magic and technology more advanced then on your world flourish.
4- A hotel room, with decor that seems vaguely familiar, but slightly alien, and also rather tacky.  Leaving the room you will find yourself wandering the halls of a very unusual hotel, one where everything seems just subtly off.  The other rooms have doors in them as well, which lead to different locations in your, or other worlds.  There may or may not be anything outside the hotel. 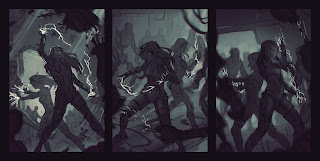