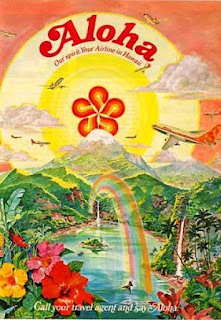 (This a good idea of what the Lunar Surface looks like, minus the plane)

If you look at the moon from Earth, you will see red oceans and blue forests covering most of it.  This is normal and expected.  What you will not often see is a vast building, a veritable mansion that rises from the lunar surface, stabbing like a spear into the night.  If you use a telescope, you can see the marble arcades and intricate gardens spreading out from around the mansion.  This is the Palace of Light, and is the dwelling of Yosganeth.

No one has ever entered the mansion and returned to tell us what its like on the outside, so it is a mystery.  Prophets of Yosganeth assure us that the inside is a place of great pleasure, where Yosganeth's elect dwell with him for all eternity.  And clearly this must be so, as Yosganeth will not let any of his elect leave.  Even for the elect who still live, they will never be allowed to sleep soundly, knowing their patron longs for their presence.  And in death, they will be pursued by his agents, for Yosganeth will not relinquish his property.

Yosganeth is also known by other titles, but his attributes are clearly understood.  Yosganeth has power over fortune, fate, destiny, misfortune, and time.  He is worshiped by Bee-Ladies and those who convert to his cult, and empowers the Cosmomancers to be his priests.  But be wary, to worship Yosganeth is to offer your soul to him.  And while Yosganeth is a generous patron, he will brook no breaking of your covenant.


The Author of Fate

Yosganeth's cult is similar to stoicism, in that one is taught to be accepting of Fate.  A more realistic, ie pessimism is encouraged.  When one is faced by difficulty, one should accept it without complaint or protest, for one's goodness does influence what the Author writes in the book of life, a mythic tome said to reside in his palace.  Supposedly, it contains the destiny of every living being, and is never wrong.  Though it is uncertain whether this book actually exists, or is merely a metaphor to explain how Yosganeth decides on what he should do.

But while his servants meekly comply with his demands on Earth, Yosganeth occasionally has need of more active help.  For this he creates Angels, divine spirits that exist for a time or to complete a task, before vanishing back into blissful nonexistence.  These Angels are quite intelligent, but incredibly limited in their knowledge and experience.  Think of Angels as a program that is designed to do one specific thing.  They are incredibly specialized in accomplishing one type of task, but they are absolutely clueless at doing anything else.

These Angels include, but are not limited to:

These are creatures of deep time, of ages long past and yet to come.  They are rarely dispatched, as they tend to settle all problems immediately or not at all.  They have many powers, all relating to their duties as custodians of Time.  Their primary duty is to monitor all time-travel, prevent incursions from the past or future, and punish anyone who attempts to alter history.  Their primary weapons are the Rejuvenation Ray and the Decay Beam, powerful magicks entrusted to them by Yosganeth.

Angels of Despair have no hope, and want you to lose yours.  They realize they are slaves, and will become annoyed if you don't feel like one.  They hate Yosganeth, but feel that rebelling is impossible.  They can limit your actions, curse people, and imprison your character in a soundless, lightless abyss.  Angels of Despair believes it is going to lose, and considers every battle a suicide mission.  If they kill a character, they must save vs hope.  An Angel of Despair that fails this save becomes a Demon of Hope.

Lord of the Infinite Time-Ways 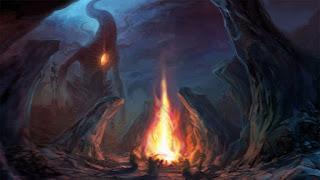 But Yosganeth's foes are equally numerous.  While none of the other Gods have a special enmity for him, they don't love him either.  So Yosganeth must defend his vast domain from all manner of enemies alone.  Most famous among these are the Demons that plague and ruin his wondrous plans for all of us.  These demons include, but are not limited to:

Demons of Freedom reject this deterministic universe, destiny and fate.  They disrupt reality, altering careful plans and long-held schema.  They fight authoritarianism wherever they go, and are capricious allies with those who oppose restrictions on freedom.  They cannot be restrained or slowed down through any means.

A Demon of Luck is a capricious creature, a seller of fortune, an obsessive gambler, a warrior against fate and circumstances.  These Demons can steal your luck and transfer misfortune to you.  These Demons are compulsive gamblers, and tend to vary in personality.  And while the Demons of Freedom reject Yosganeth for his restrictions on freedom, Demons of Luck reject the idea of planning all together.  The Universe should be governed through chance alone.  They are cheerful nihilists.

Demons of Hopes are sweet, cute and innocent looking.  But they don't act that way.  Most of them look like children, but they are cynical and quite hardened.  They will never give up hope, but don't expect them to trust you easily.  Demons of Hope inspire people to supernatural feats of heroism and valor, and can shrink or grow depending on the circumstances.  If things look hopeless, they will be small and weak.  But if victory is assured, they grow older and more powerful, becoming splendid maids or brilliant lads, wearing the valor of youth and the experience of long age.