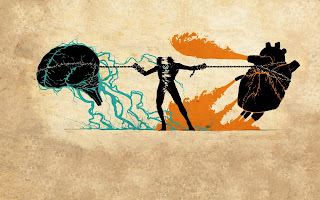 Two creatures each make attacks against each other.  Unless they have a magic or a psychic weapon, they do flat damage equal to their COG modifier.  Otherwise they use the damage of that weapon.  Creatures generally have no armor unless their armor is magic or psychic.

CHA stands in for health, instead of HP.

A creature reduced to 0 CHA is suppressed and unable to act, temporarily reduced to a coma-like state.  Creatures like this rapidly regain CHA points, at 1 per minute.  For creatures without CHA scores, use their Morale(Mor) score.  This applies only to embodied creatures.  For creatures ordinarily only made of spiritual matter such as Outsiders or Ghosts, just use HD/SHP(Super Hit Points) and Damage Threshold.

If a creature would take a Horrible Wound while a disembodied soul, they instead lose a random memory.

If two creature's souls are inhabiting the same vessel and they aren't trapped in their by magic, one can attempt to shove the other out by engaging in a CHA contest.  The winner of each contest can do 1d6 CHA damage to the loser.  If a soul manages to reduce another creature's soul to 0 CHA, it can eject that creature's soul from the vessel, unless you are inside that creature's body and it is alive.  Then the creature can only be ejected if the body is killed.  Even something as mild as stopping the heart can do this.  Then your allies can resuscitate the body and you'll be able to use it at will.

Living creatures are also connected, via a silver cord emerging from the small of their back, to their bodies.  On a critical hit in psychic combat, you can choose to sever this cord.  Cutting this cord severs the soul and body and instantly marks the soul in question as 'Dead', which will summon a Psychopomp to ferry the soul to the afterlife.

The soul can, of course, refuse.

Note that these rules apply only for fighting inside an enclosed space, such as within a magic item, a Lich's phylactery or a body.  For fighting in The Dream-Lands, see here. 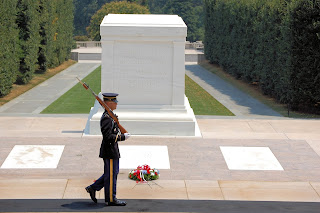 by Michael B Thomas

Convictions are things you put in your Memory Slots.  Each one represents a habit, statement of intent, ideal or deeply held belief.

For example, "I am a hero."
"I will never trust anyone who has wronged me."
"I hate Undead and will destroy them whenever possible."

If a creature is given a chance to act on a Conviction, that creature must successfully save or act on that Conviction.  Convictions can also be positive and used to counteract other mental effects.

If a player instead plays in accordance with their Conviction, that should be rewarded, say with bonus XP.

For example, a Dragon has a fear effect that does 1d6 COG damage a round to those who fail their saves.  The Paladin fails his save but he has the Conviction, "I will not balk in the face of evil."  So he can invoke that Conviction to roll 1d6 and subtract that from the COG damage.

Similarly, if a Succubus is attempting to seduce the Rogue and he fails a save vs her charm, but he has the Conviction, "I am waiting so I can be a virtuous husband for Carla," then he can roll 1d6 to counter the Charm effect's 1d6 COG damage.

Over time, Convictions can change, becoming dulled or sharpened.  If acted on or invoked sufficient times, a Conviction becomes 'Sharpened'.  A Sharpened Conviction means that it is more powerful.  A positive Conviction counters more, allowing the one who possesses it to reroll the 1d6 and select the better result.  A negative Conviction becomes stronger, and all saves against it are made at disadvantage.

A Dulled Conviction becomes weaker.  A dulled positive Conviction requires someone to roll 1d6 twice and take the worse result.  A Dulled Negative Conviction grants the user advantage in trying to resist it.

Note that Insanities count as Convictions, and other persistent mental problems can be treated like them too. 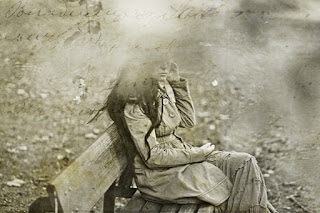 Certain creatures, such as Mind-Flayers, should have the ability to rip memories from the heads of player-characters.  Same with some other creatures.  So the rules for that are the following-

If a creature would be subjected to an effect that would cause it to lose a memory, that creature will receive a saving throw to resist.  Creatures with no FS, if they have any at full HP, or below full HP make their saves at disadvantage.

If an ordinary memory is selected, then it is taken and the player should empty that Memory slot.

If a Conviction, ideal or something extremely important to a character is selected, that Conviction is instead Dulled.  If the Conviction is already dulled, it is taken as if it was a normal memory.

by TheDarkwoodsCircus
By Yami Bakura at December 16, 2020

Email ThisBlogThis!Share to TwitterShare to FacebookShare to Pinterest
Labels: Reference