OSR: There is no spell named "Resurrection".

Note: This article contains a small amount of tasteful nudity, for obvious reasons.

All living creatures have souls.  However, for most creatures, these souls are not strong enough to survive outside of the body for more than a few moments.  This applies to all animals and many of the Magical Beasts, who have strong bodies but weak souls.  Humans, and other intelligent beings (Orcs, Elves, Dwarves, etc), on the other hand have souls that can survive indefinitely outside the body, barring outside interference.  Their souls are eternal.

However, while a soul is immortal, a body is not.  So once the body ceases to be able to function properly, it ejects the soul, producing the condition known as Death.  Now, a free-floating mortal soul is prey to many things, namely Outsiders and Spirits of the Land, but also for corrupt Elementals and other mortals, all who see such a soul as food, a source of power, or an object to barter with.

Luckily, this rarely occurs as shortly after death, a creature known as a Psychopomp will be alerted and will come to ferry the soul to the Netherworld.  What awaits beyond that is unknown.  There are many theories depending on creed, for example there may be some kind of final justice, punishments for the guilty and rewards for the justice, a new life, oblivion as you are devoured by a cruel dead God, or maybe something else, no one really knows.

However, there are those who aspire to cheat death and live forever. 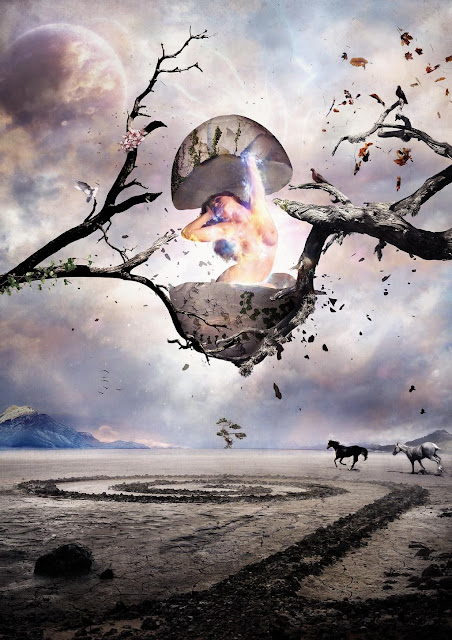 The first two paths to eternal life are undertaken while the user is still alive- Daemonhood and Lichdom.  Lichdom involves wiring up all your bodies natural, autonomous processes to manual control.  This enables many things, including accelerated healing, immunity to pain and the ability to stop the division of the telemores and prevent aging.  However, if the Lich makes a mistake, and on a long enough time scale they will eventually, they can kill themselves, usually by accident.  However, the process of Lichdom has anticipated this, and will raise the Lich as an intelligent Undead.

An Undead Lich will have no need to do most of what before busied their minds, but they will have lost most of the things that make life fulfilling.  You will never know how fun eating is until you never have to do it ever again.  The same goes for sleeping, dreaming, having sex or even feeling the sun on your skin.  As such, perhaps it is no wonder that most Liches go mad.

The path to Daemonhood is similar, but different.  It is recorded here, but it is not for the faint of heart.

However, there is a third way. 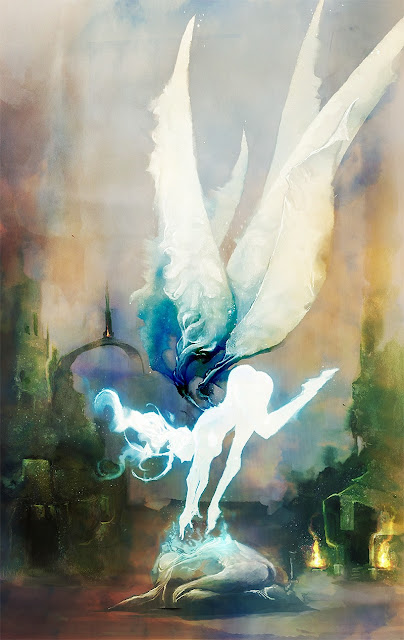 Once you die, you can resist your Psychopomp and flee from, or fight them off.  If you do so, you are basically ringing the dinner bell for any nearby spirits.  So hopefully you left instructions to your servants.

If your body was damaged beyond repair but not destroyed, then all your servants need do is use magic that can heal the body while alive to repair the damage done to your corpse.  Repairing a corpse is much easier than healing a living creature.  From there, simply possess your empty body and you will be restored to life!

However, if you do this, note that you are acting in opposition to the Laws of Life and Death.  The next time you die, the Psychopomp sent to retrieve you will be stronger.  Additionally, if the fact that you escaped death is discovered, there are holy orders and special organizations which will seek to destroy you as an abomination.

Additionally, there is one more danger.  When your body is repaired, if any other Spirit or Outsider possesses it, the effect will be the same as if you possessed it.  So make sure you act quickly, once your body has been repaired.

If your body has been totally destroyed, this is a more difficult situation, but it is not impossible.  All you need to do is have your servants collect some of your body and bring it to a Sage who knows how to create a Homunculus.

All a Homunculus is an artificial body, which can be filled with any Spirit or Outsider, but is usually reserved either for an Outsider or Spirit a Sage has pressed into service.  But if you possess such a body, you can live again.  And if the Sage has a piece of your body, it can even resemble your own body perfectly.  Or you could use this as an opportunity to finally lose those last ten pounds, if you want.  Your choice.

And presto-changeo!  You live again.   The only downside is that you now have to live with what you've done. 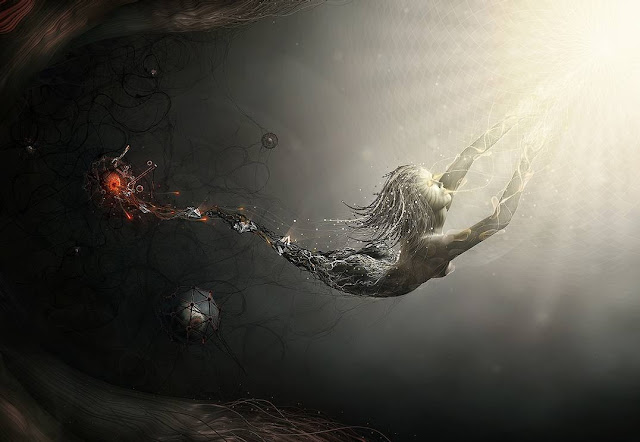 Before I forget, here are the rules for being a Ghost/Free-floating spirit.

1.  You cannot touch or interact with purely physical objects.  You can touch magical objects and ensouled creatures, as they have a spiritual nature.

2.  You are invisible and inaudible to living creatures, unless they pass a saving throw when you touch them or possess Sight Beyond Sight.  If the former, they can detect your presence, but they cannot see or hear you.  If the latter, they can see and hear you as normal.

3.  If you possessed any sort of magic, you can use it while as a Ghost, even if that magic allows you to manipulate the world.  However, any expended Mana Dice cannot be recovered, as those were replenished by your body, which converts food into mana.  The only way for you to gain more is if someone alive makes an offering to you in the form of food or the blood of a sacrificial animal/creature.