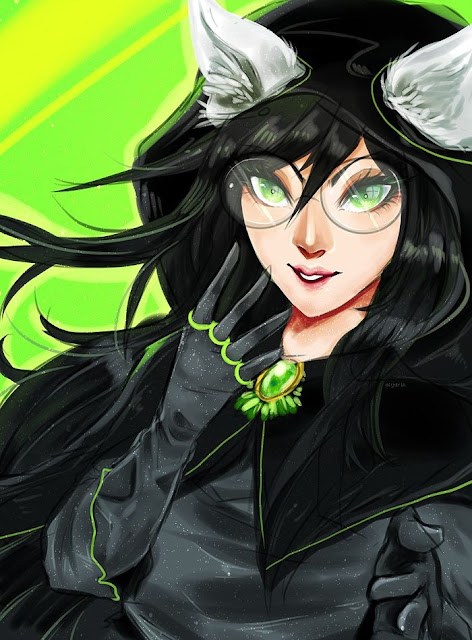 Identify: Cut for being unnecessary.  I just tell players what a magic item does when they pick it up.  Though sometimes they have hidden abilities, but those can be discovered later.

A creature within range must save.  If the creature has more HD than the [dice] used to cast the spell, it may add the difference as a bonus to its save.  If it has HD 3x than [dice] it automatically passes its save.  A creature that fails its save is imprisoned in any way you choose.  Examples include but are not limited to being chained in place by unbreakable chains, trapped in a mirror, buried alive in a sphere of force, falling into an endless sleep, etc.

When you cast this spell, select a condition.  This condition can be anything except a logical contradiction.  For example, the condition can be "When she receives a kiss from the seventh son of her seventh son" but NOT "When a married bachelor jumps through a square circle".

You select a point in space.  From that point, a cloud of burning smoke with a diameter of 10*[dice]' spreads out and fills the area.  The smoke is hot, doing [dice]d6 fire damage a round to anyone inside it.  Anyone inside the cloud must also save. On a failed save, their primal instincts take over and they can take no action but try to escape from the cloud.

Make an attack roll.  On a hit, the creature you touched takes [sum] necrotic damage.

You conjure a swarm of biting insects from the ether.  These insects form a swarm that covers an area of 10*[dice] square feet.  These insects count as a swarm creature with Armor equal to [dice] and HP equal to [sum].  They will follow your instructions for the duration or until they die.  Each round you can tell them to move up to 50' and to attack or not attack. If ordered to attack, they will attack any living creature in the area they cover, prioritizing creatures attacking them first, then other intelligent creatures, then animals, then plants.  After the duration ends, the conjured insects disappear.

Jump: Cut for being stupid and boring.

Knock: as Knock under Metamancer

Legend Lore: Cut for being a waste of a spell.  Go ask a Sage or an Oracle, like a normal person.

One object that can store other objects inside of it such as a box, chest, etc, and all its contents are transformed into pure spirit and ascend into Deep Heaven.  At any point, you can recall the chest then send it back.  If the spell ends and the chest is still in Deep Heaven, the contents of it are lost forever, barring the intervention of a God or something similarly powerful.

A dome of immobile force springs up around you.  The dome has enough space to fit you + [dice] creatures inside.  The dome remains up for the duration, until dispelled or until it is destroyed.  The dome takes half damage from elemental sources and no damage from non-magical sources.  Spells cast outside the dome cannot enter the dome and vice versa.

The caster can control the conditions inside the dome, altering temperature, light level and opacity of the dome.

Lesser Restoration: Cut because Greater Restoration exists and because we only need one of them.  Spells shouldn't be like iPhones, where you trade up every year to get the latest model.

You target one object or creature.  You can then lift that object with your mind and move it up to 10*[dice]' in any direction.  Each round you can continue to move the first object or select a different object.  Alternatively, you can simply cause an object to float in the air.

Light: As Light under Calcomancer

One projectile, once it is fired, transforms into a lightning bolt mid-flight.  This lightning bolt strikes at the target.  The creature fired upon instead takes [sum] electric damage, save for half.  The projectile is destroyed by this spell.

You name one specific object or type of object.  This spell will then inform you if there are any such objects within 1000*[dice]' and what direction to go in order to find it.  If the object is moving, the spell will tell you the direction the creature is moving.

One creature you touch is covered in a glowing aura that gives a creature an Armor Rating equal to [dice].  The armor lasts for the duration, until the creature puts on another piece of armor or until destroyed.

Magic Circle: Will be rewritten as a ritual

I could possibly make this a magic ritual for a villain to use, but for a player friendly version I will stick to possession.

This is Mr. Kangaroo's spell, from here.

You select one object and a condition.  For example, a door and the condition, "When Zarzan the Black comes within 10' of this door."  Then encode a message of up to [sum] words into the object.  When the condition is fulfilled, the object will speak aloud your message.

You can create an illusion that fills up to a cube with 10*[dice]' long sides.  The illusion can move and you can change it's position for the duration.  The illusion can produce sounds, smells and temperature comparable to what the object it would be would normally produce, but these effects cannot cause damage.  The illusion is still immaterial and if inspected, it will be revealed to be a hollow shell of light.

Mass Heal: Cut because Heal has already been modified to do this

One creature within range must save.  If the creature has more HD than [dice], it may add the difference as a bonus to its save.  If it has HD 3x greater or more than [dice], it automatically passes.  On a failed save, the creature is banished to an endless maze on another plane of existence.  The maze is full of portals, including one that leads back to this location. Finding it will earn the creature a trip back.

One creature you touch can move inside a solid stone structure or natural formation and remain inside for the duration.  While inside the creature does not need food, water or sleep and any conditions affecting their body such as poison, drugs or disease are suspended while they are inside the rock.  They may emerge from the rock as a full action.  If the duration ends while they are still in the rock, they are ejected into the nearest open space.

You manipulate space and summon [dice] meteoroids from Deep Heaven and call them down to earth to strike up to [dice] targets you can see.  Each meteorite, upon impact, causes an explosion that does 2[sum] bludgeoning damage, save for half, and [sum] fire damage, save for half to any creature near where it strikes.  These fiery explosions also start fires that ignite anything flammable in the area.

This is a legendary spell for the Cosmomancer, so make sure it's hard to find.  This is also why it's a fair bit stronger than most other spells.

One creature you touch becomes immune to all attempts to read its mind or influence its emotions.  It cannot be found with scrying or other divination magic for the duration.  No one can even connect to its mind with telepathy.

One creature you touch, or yourself, has [dice] illusory copies of itself appear.  The copies move around and take actions, so it is difficult to tell which one is which.  You can command the copies to take specific actions as a free action, or you can leave them to freely distract your opponents.  When an attack is made against you that successfully hits, it has a 1-in-X chance of hitting you.  See the table below.

If the attacker does not roll the correct number, then he instead hit an illusory copy.  Copies disappear after taking at least 1 point of damage or once the duration ends.

You cause a puff of smoke to appear, shrouding you from view.  Under the cover, you turn invisible and an illusory copy of you appears where you just were.  As a free action you can move the illusory copy around and have it perform actions, though it cannot harm anyone nor touch any solid objects.  Once the duration ends, you turn visible and the illusion disappears.

You teleport up to 10*[dice]' to an unoccupied space.

You may only cast this spell at night.  You summon a beam of ghostly white light that can illuminate one creature and everything in a 5' diameter circle around them.  Any creature you move this light over must make a saving throw.  On a failed save, they take [dice]d10 radiant damage as ethereal flames burn their flesh.  On a successful save they take no damage.  You may move the beam to a new creature each round or keep it on the target.  A creature being burned gets to repeat a failed saving throw on each of its turns as an action to try and escape the light.

A hound, taking on whatever form you desire, appears in a space within range.  The hound will keep an eye out for all enemies and anyone it regards suspicious.  If it sees someone it thinks is dangerous, it will bark, alerting you.  The dog has [sum] HP and armor equal to [dice].  It remains with you until the duration ends or it is destroyed.

For each additional [dice] spent past the first, select one of the options below:
- The hound gains a bite attack that does 1d6 damage.
- The hound has Sight Beyond Sight
- The hound is invisible to everyone but you
- No one but you can hear the hound bark

Only those creatures you designate can enter the mansion without resistance.  The mansion remains for the duration, after which it vanishes, taking all the things that were summoned with it.

You conjure a floating sword that hovers behind you within 10'.  For the duration on your turn, you can use the sword to make an attack against one creature within 10'.

The sword does 1d4 damage, increased by [dice] steps as denoted below. If it wasn't magical before, it now counts as a magic weapon.

The last two sentences and the chart are borrowed largely from Mr. Kangaroo, see here.

You can move and shape earth around you into any shape you desire.  The dirt will still behave as dirt would, sliding down hills, filling in gaps, etc.  The dirt also moves slowly, at the approximate speed of a moderately fit man speed-walking.

For the duration, the affected creature or object cannot be detected by divination spells. 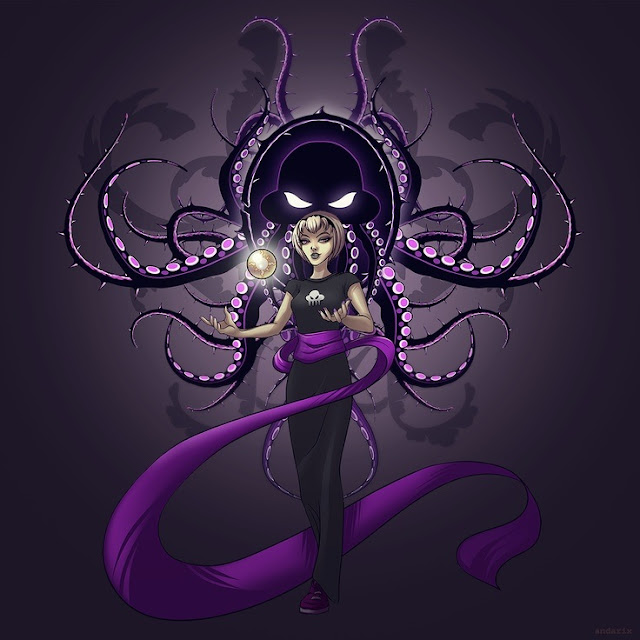