Electromancers should have come before Necromancers in alphabetical order, but oh well.  Electromancy is the manipulation of lightning and magnetic fields.  And while that sounds limiting, it is really isn't.  Electromancers and electromancy are most commonly associated with the War of the Currents, a massive conflict in New York City between Thomas Edison and Nikola Tesla.  And while the war is over, the conflict is still fresh in people's minds, as it was the story in all the newspapers for months, especially during the Summer of 1927.   For more information on the War of the Currents, see here.

Electromancers pick their starting spells from the following 1d12 table.  Spells 13 and 14 are rare and as as valuable as a magic sword.

Power: Can pass electricity through your body without hurting yourself.

Drawback: You are magnetic.  If any metal that touches your skin, it sticks to you and you will need to succeed a STR check to pull it off. 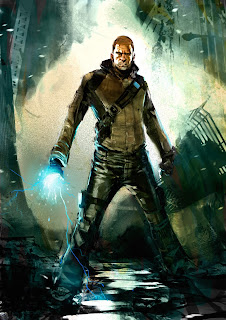 You touch one creature and create a glowing bulb of electricity that anchors onto the creature's body.  The bulb fires electricity through them, causing them their muscles to move without their conscious control.  For the duration, you may control the creature's actions on your turn (you may also take actions yourself) or you can pre-program certain actions (attack, run away, etc).

If you choose the latter, the creature rerolls their initiative for the duration with a +[dice] to any initiative rolls (assuming d20 initiative).

You shock someone with enough electricity to restart a stopped heart.  If a creature has died but their body is still mostly intact, this can drag them back to life, assuming they didn't die of something that a restarted heart wouldn't be able to help with, such as being burned alive, digested, decapitated, etc.  If done on a living person, they must succeed a Save or suffer a heart attack.

A target creature in range must save.  On a failed save, you cause every synapse in their brain to fire at once, triggering a massive seizure.  On a successful save, the creature instead suffers a mental blank, immediately forgetting what they were doing, unless it was some sort of mindless task.

You call down lightning from the clouds and direct it to strike a target.  The target takes [sum] lightning damage, save for half.  You can only use this spell outdoors or in a space where you can see the sky.  If you cannot see the sky from where you are, the lightning comes from your hands and only does 1d6+[dice] lightning damage.

The caster telemagnetically accelerates a metal object no bigger than 5 lbs.  With an attack roll, the caster can inflict weapon damage on a target by launching the weapon.  This does damage as if you used the weapon to make an attack

This spell can also be used to accelerate bullets, which travel as well as if they had been fired from a gun (and do equivalent damage), as long as the bullets aren't solid lead (and most bullets aren't).  This is much quieter than shooting a gun.

This spell was made by Arnold K.

Any creature you touch, for the next [dice] rounds, does not feel pain for the duration.  This makes them immune to any ability that would inflict pain upon them, as well as giving them a +[dice] bonus to any saves vs fear.

For the duration, damage rolls against the creature are secret, with the Referee recording them.  Only after the spell ends does the creature find out how damage he took.

Electricity runs through your hands.  Anyone you touch takes [dice] lightning damage and must make a save to do anything other than thrash about.  The Wizard must succeed a STR check to keep hold of their target each turn.

One creature or object you touch becomes magnetic.

The same applies to objects.

One creature is healed and regains [sum] FS.  This creature, if it failed a save against Fear recently, may save again.

You can sense electricity within 10*[dice]'.  If you are fighting a species that uses electrical impulses to cause its muscles to contract you get +[dice] to your Armor as you can see their muscles clenching as they move.  This cannot help you dodge something you physically cannot get out of the way of (requiring a saving throw or Referee's Discretion).

You may make a melee attack with a metal weapon or with your fist.  On a hit, the target takes [dice]d6 lightning damage and must save.  On a failure, the creature also is hurled backwards by 10*[dice]'.

You surround yourself with elctromagnetic fields that repel all ferrous metals.  No one with an iron weapon can strike you, bullets fly off course, and if you fall onto a metal surface, reduce the fall damage you take by a number of d6s equal to [dice].

The spell is mine, but the name is from Arnold K.

Target machine that runs off electricity within range suffers a catastrophic malfunction.  If you invest four or more dice in this spell, it is rendered unusable until it can be thorougly repaired.

All creatures within [dice]*10' must save or collapse onto the ground, paralyzed.  They can repeat their save every round. 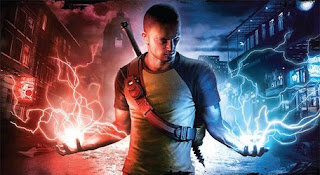 Corruption of the Electromancer:
1d6
1- The Wizard is struck by lightning and takes 2d6 damage, save for half.
2- The next magic spell cast within 50' automatically targets the Wizard, unless it was cast by the Wizard on himself.  Then it targets a random person.
3- The Wizard develops Wizard Vision.
4- One random person within 50' has their electrical synapses suddenly erupt forth, doing 1d6 damage to them.  Additionally, the people near the affected person must save.  On a failure, the electricity arcs from the original person, hitting them and doing 1d6 damage as well.  This electrical charge can arc through as many people as there are nearby, only stopping when the closest person to it passes the saving throw.
5- A cloud forms over the Wizard, 1d100+10 feet overhead.  This cloud follows the Wizard for 1d10 days,
each day, roll for the weather the cloud produces.  Today the cloud produces 1d6 (1= Rain; 2= Snow; 3= Hail; 4= Blood; 5= Fish, frogs, or an appropriate small animal; 6= Mildly acidic rain, does 1d2 damage for each minute exposed)
6- For the next 1d10 minutes, the Wizard can suddenly sense all electromagnetic radiation within 100', they must save.  On a success, they can see EVERYTHING.  On a failure, they go mad for the duration.

Dooms:
Doom of Fools:  You have some sort of psychic seizure and shoot a lightning bolts out of your eyes in random directions every round for 2d6 rounds.  There is a 40% chance per item that your gear is destroyed.  Any small metal objects that you are carrying become fused to your body.

Doom of Kings:  As above, except 50% and all medium sized metal objects carried become a part of your body.

Ultimate Doom:  As above, except 60% and you automatically fuse with the nearest big metal thing.  This could be a WWI tank, a septic tank, or a telephone pole.  Attempting to intentionally induce this Doom in a controlled environment so as to fuse your body with something cool has a 40% chance of going horribly wrong unless rubber gloves, tesla coils, and goggles are somehow involved (which brings the chance of things going horribly wrong down to 25%).

This Doom is avoided by stabbing yourself with an arrow made from a cursed tree or by stealing a vault full of electricity from the Pinkies. 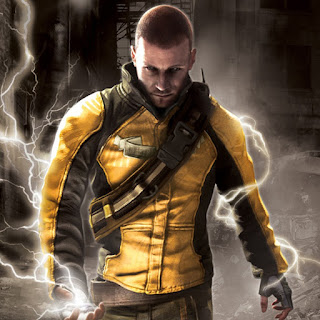