Some players like to play Wizards or Thieves.  They like to get creative, and think of creative solutions.  But to cater to these people is to ignore the player who just likes to be immersed in the world, or really likes to role-play, even if they're role-playing an overly emotional thug who solves every problem by crushing it between his massive biceps.  This is my class for them.  But while Fighting Man is a class that can be played stupidly, every ability has an incorporated risk and reward.  This is a class that can be played intelligently, if you are willing to sit and think about it for a second. 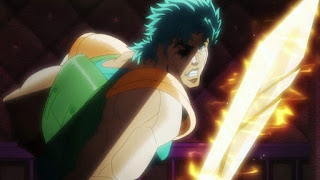 Fighting Man
Starting HP: 1/3 Con
Fighting Spirit: You get +3 FS per level
Starting Equipment: Sword (balanced), chain shirt, Recurve Bow, Arrows (20)
Training Regiment: You level up by killing.  They track individual kills for their weapons, but also their overall kills.  When they hit a certain number, they level up.

Notches: Whenever a Fighting Man gets 10, 20, 30 or 50 kills or wins as many victories against foes, he gains a Notch in that weapon. For each Notch the Fighter has, he can learn a Secret Technique for that weapon.

He can also learn Secret Techniques from training with older Fighters or reading about them in ancient martial manuals.  However, the Fighter can only have a number of Secret Techniques learned equal to the amount of kills/victories he has made/earned- so if he has 30 kills, he may only know three Secret Techniques, but the source of these techniques need not be the technique he discovered through trial and error on the battlefield.  He could copy a Journeyman technique from a warrior he fought alongside with, or practice one of the Ancient Fist Arts he read about in the old Handsome Man scrolls.  As long as he only has three, the source is irrelevant.

Secret Techniques can be used as an action.  Sometimes they are an addition to an existing attack roll, other times they are separate actions.  It depends on the technique.

River of Blood: After you kill an enemy, you may take an action to chop off their head, split their skull and gulp down some of their cerebral-spinal fluid, or cut out their heart and take a bite, etc.  This gives you a +1 damage bonus for the rest of the fight, up to a maximum of +5.

2:
Careful Aim: Instead of taking make an attack, you can instead spend your turn aiming, giving you an additional +1 to attack per turn spent aiming.  If you are damaged while aiming, you must save or lose your bonuses.

3:
Explosion: Whenever you roll for damage for a successful attack, you may roll again.  If the new roll is less than or equal to the original roll's base damage, you may add it to the damage done.  If it is higher, you may use that as the damage your attack dealt, and ignore the first roll.  You may do this once per day per weapon.

Storm of Steel: 1*Cha mod times per day, while in combat, on successful attack, you can force a creature to save.  On a failed save, that creature takes 1d20 damage, save for half, as you pummel it with a barrage of attacks.

Called Attack: Take an action and declare who you are going to attack next round.  Get -4 to AC until you next turn.  You get +2 to hit if you make the attack you called out and if you do hit, all enemies must immediately check morale or get receive a penalty equal to your level to hit you.  This penalty lasts for the rest of the fight.

Cleave: Whenever you reduce an enemy to 0 hp, you may make a new attack with that weapon.

Vengeance: Whenever an enemy damages you in melee combat, you may immediately make an attack against them as a free action.

Hand of God: If you remove 50% or more of an opponent's HP/HD in one attack, they must immediately save vs death.  On a failure, they go into shock and have a heart attack.  If left untended, they will die in 1d6 minutes. 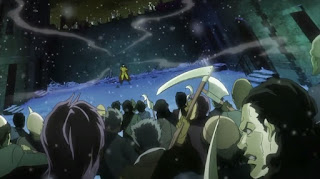