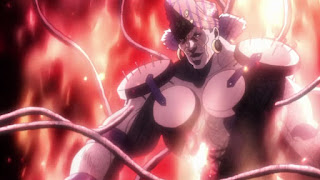 The Stark Truth about Fear

For too long, mankind has associated light with goodness, but this is a false notion.  The fear of the unknown is long believed to be our greatest fear, a fear that is symbolized by darkness, the inability to see, both literally and metaphorically.  But a fear described is not a fear that holds great sway over you.  The fear of the unknown is not as strong as you think, for once information is achieved, it melts away, like darkness at dawn.

The greatest fear of humanity is what they know they will see, and it's subordinate, the fear of the known but unavoidable.  This includes things such as taxes, death, and disease.

In this light of dread knowledge, the Sun-Brother walks.  They are filthy, but handsome creatures, clad in stolen clothing or naked as the day they were born.  They carry no weapons, show no fear, and waste their time on idle hedonism or spiritual contemplation.  They are just as likely to ask you to read poetry to them, or debate theology, or pull your arms off for disturbing their meditations.

They are not scary, nor are they particularly evil.  But they are completely apathetic to you.  If aggrieved they will pursue you for days or weeks, until you die.  Or they may forget about you after knocking out a few of your teeth.  Most Humanoids are beneath their notice, as are most other creatures.  This is perhaps for the best, as Sun-Brothers tend to be more dangerous when showing affection, not less.

But despite their high intellects, most Sun-Brothers are content to spend their time wandering through the wilderness, punching bears and strangling deer with their bare hands, before feasting on the raw meat.  They shun civilization, avoid manufactured goods, and shun metaphor whenever they can.  The one exception to this last rule is poetry.  They tend toward literalism and pragmatism, though some have a love for the dramatic. 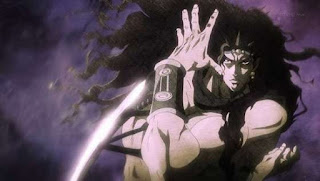 Most normal people will never encounter a Sun-Brother, as they don't like to be disturbed.  They choose places desolate and forsaken, far from civilization.  If people are already settled there the Sun-Brother will consider them part of the land, and thus their property.  Within a Sun-Brother's territory, everything is either theirs or an intruder.  Intruders are expelled or asked to leave, and property is to remain with them.  To take anything from a Sun-Brother's territory is to suffer a grievous fate, even if it is something a Sun-Brother would not value, such as money or worked iron.  This is not because the Sun-Brother cares particularly about the object, but about the principle.

If you wish to cross a Sun-Brother's territory, you must speak with them.  They will usually demand some favor or toll: whether it be a stolen object recovered, some rare commodity only available in a nearby city, or a small favor to be redeemed either now, or at a later date.  To cross their territory without permission is to court disaster, for if they find you trespassing they will try their best to kill you.  They may eat your corpse, or they may make a grisly effigy out of your corpse as a warning to others.

To see what a Sun-Brother is like, roll on the following tables.

What is this Sun-Brother craving?
1d6
1- Alcohol.  The stronger the better.
2- Tobacco.  They would literally kill for a smoke.
3- Grilled Meat.  They are too lazy to build a fire and cook some themselves.
4- Bread.  It's been so long.
5- Chocolate.  Do I need to elaborate?
6- Poetry.  The Sun-Brother has lost their book of poems, or is tired of Wordsworth.

What is this Sun-Brother's notable opinions?
1d12
1- That Humanity is going to go extinct, and it is a tragedy.
2- That Humanity is better then 1d6-1 other humanoid species
3- That any form of Socialism will inevitably lead to Bolshevism.
4- That Loonies are all insane.
5- That All Roaches are back-stabbers.
6- That all Haggers are lazy.
7- That all Jews are secretly part of a vast conspiracy to control the world through international finance.
8- That all Blacks are unintelligent, un-evolved beasts.
9- That civilization was a waste of time, and humanity should return to a more primitive state.
10- That you should eat, drink and be merry, for life is too short.
11- That Wizards are not to be trusted.
12- That Yahweh is the one true God, and all others are just agents of Satan trying to trick people. 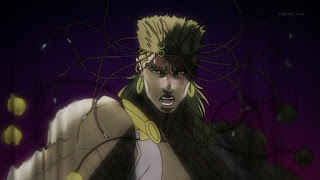 Regeneration: Sun-Brothers regenerate a HD per round they are in sunlight.

Enormous Strength: Sun-Brothers count as having an 18(+3) STR for purposes of grappeling and STR checks.

Blinding Speed: Sun-Brothers get +4 to all initiative checks, unless they are surprised.

Tactics:
- Follow them all day
- Hide at night
- Wear them down with frequent attacks
- You regenerate, they don't, you will win the long game

Also, it is known that as Sun-Brothers age they get more powerful.  Add the following if you want to create an elder Sun-Brother:

New Ability-
Solar Dice: Sun-brothers start every combat with 1d4 Solar Dice.  These Solar Dice are d6s and are expended once they are used, and can be recovered by meditating for at least an hour in sunlight.