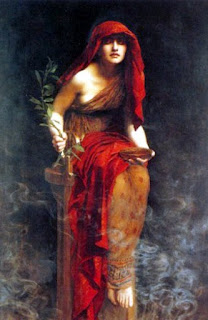 
If you have a player who is a Cosmomancer and they roll either doubles or triples on their spell dice, have them roll 1d2 or 1d4 respectively, and then 1d20 on the appropriate table.

Chaos Table
1d20
1- You hear the whispers of the stars.  You must check to sleep at night, and attack at -2 at night, unless you are underground.  Buildings can't protect you, unless they are warded.
2- The Sunlight showers down on you.  All within 50' must save or get -[dice] on all attacks or checks that require vision.
3- Wizard Vision.
4- The Wizard believes they are receiving visions of the future.  There is a 50% chance they receive a vision every time they go to a new place.
5- The Wizard believes that a previously dead enemy has returned as a ghost.  They will do things, then attribute them to the Ghost.
6- The Wizard starts having a reoccurring dream.  This means nothing, but is seems prophetic.
7- The Wizard can keep perfect time.  They also know of a rapidly approaching deadline.  No one knows what this deadline is for.
8- The Wizard subtly bends space wherever they go.  All distances are 20% shorter, and people near them age slower.  Has a 10% chance of attracting the attention of Yosganeth's Angels.
9- The Wizard believes they can predict the future by sacrificing animals to Yosganeth.
10- Wizard believes that they are the luckiest man who ever lived.  +4 on all gambling rolls, with an independent 50% that the other person believed they cheated.
11- The Wizard believes they are cursed with misfortune for something they did.  The only cure is to do a bunch of good deeds, or go dig up the corpse of the person who cursed them and burn it.
12- The Wizard can receive perfectly accurate visions of the past by going to the place/touching an object associated with it.
13- The Wizard can receive completely false visions of what is going on right now.  This has a range of 20 miles, and they will only see things that relate to people they know/places they've been.
14- The next time the Wizard is asked to make a choice, whatever it was, they think it was the wrong one.
15- The Wizard becomes convinced that one of their hirelings has been replaced with a doppelganger.
16- The Wizard thinks they are wanted for a crime, so start developing an alter ego.
17- The Wizard becomes convinced that ribbons covered in prayers to Yosganeth can ward a building.  They do scare away ghosts, but attract the Angels of Rival Gods.
18- The next time the Wizard takes a serious injury, they believe that they actually died, and are now an undead.
19- The Wizard constantly switches their languages.  One sentence is English, one in Greek, one in French, one is ancient Aramaic.  Have them omit sentences from what they want to say.
20- Whenever the Wizard speaks, they are visible.  Whenever they are not speaking, they are invisible.  This does not apply to their clothes or gear. 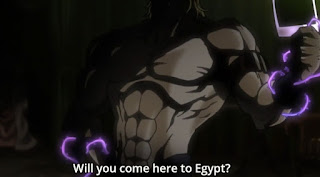 Corruption Table
1d20
1- Call a meteor, save or die as it crashes into you/near you.
2- Attract the attention of a demon.
3- The Wizard knows the day they will die.  Roll 1d20.
4- The Wizard sees a new planet appear in the sky, a massive orb covered by twilight forests and black seas.  All of their companions must save every day or see the planet too.  The planet is not a hallucination, you just never noticed it.
5- The Wizard feels they must marry a woman named Penelope.  Not sure which Penelope, but they'll know her when they see her.
6- The Wizard cannot stand the sun.  Every moment their bare skin is exposed to the sun, they take 1 damage.  Cool mud, cloth, or other stuff can protect them.
7- The Wizard does not trust the Stars, claiming they are scheming against them.  They are right.  -4 to any plans made under open sky.
8- The Wizard feels the sudden weight of responsibility placed upon them by fate.  If they do not complete their destiny, they will die.  If they have a child, this destiny will pass to the child.  This will occur until the destiny is fulfilled.  The Wizard's soul will be held in limbo until they can complete their destiny.
9- The Wizard becomes the polar opposite of human.  The next time a human touches them with bare flesh, that part of the human and the Wizard is converted into pure energy and is released. IE, They explode.  The Wizard knows this.
10- The Wizard is accompanied wherever they go by a band of monsters playing instruments.  The monsters never stop playing, not for any reason.  If they ever stop playing against their will, something awful will happen.  If asked to stop playing in a polite way, nothing will happen.  At least, probably not.
11- The Wizard becomes unable to speak ill of or attack the leaders of governments, as they appointed by Heaven.
12- The Wizard makes mana fall from Heaven.  It is tasty, but spoils after one day, unless (1-in-8 chance, reroll 8s) tomorrow is Sunday.
13- The Wizard attracts lightning.
14- A particular storm decides it hates the Wizard and starts following them.
15- Anyone who lies within 100' of the Wizard has their trousers catch fire.
16- The Wizard's name becomes demonic.  Everytime it is said, they become aware of it, and can teleport to where it was said.  They cannot teleport back unless someone says their name.
17- The Wizard is abducted by lights in the sky.  Roll 1d3 1= Human Astronauts 2= Filthy Xenos 3= Angels of Random God.
18- The next time the Wizard successfully casts a spell, they instead rip open a portal in time and space.
19- Whenever people stop looking at the Wizard, they must save or forget about them.
20- The Wizard stops aging.  Their blood functions like an elixir of Youth, curing all injuries and reducing Age by 1d10 years, or back to your physical prime, if you are younger than 26. 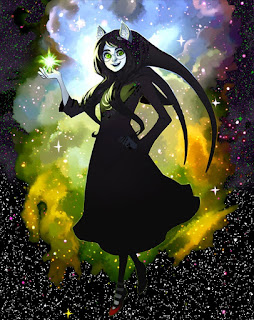