While technically a separate tradition of Wizard, few Wizards would ever consider a Metamancer one of them.  For while other Wizards can do fantastical things, Metamancers have few feats of their own, as most of their magic is only useful for interfering with the magic of their opponents.  This makes them bigger outcasts than the Necromancers, who are weird, but at least honest.  To compensate for their stranger status, Metamancers are perhaps the most eccentric of all Wizards.  They shun social conventions, slum with foreigners and non-humans, and take off all their clothes and paint themselves neon colors.  Supposedly this helps with magic, somehow. 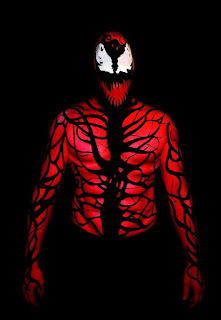 Power: Can tell something is magical by looking at it.  Can identify all magic items at will, and detect everything, including growth potential, curses, etc.

Drawback: As long as you have a single unburnt Spellcasting Die, you glow in the dark.  This illuminates only the area within 10', and ruins the night vision of everyone near you.

Metamancers pick their starting spells from the following 1d12 table.  Spells 13, 14 and 15 are rare and as valuable as a magic sword.

If [dice] creatures fail a saving throw during the duration of this spell, they may reroll their save once.

Target creature within range must save.  If its HD is greater than [dice], it gets to add the difference to its save.  If its HD is 3 or more times greater than [dice], it is immune and automatically passes its save.  On a failed save, this creature is bound to you for [sum] days.  A bound creature finds its will subsumed to your own, and must obey any actions it is given, though if it wishes to disobey, it gets a saving throw, Referee's discretion.  This doesn't change the creature's opinions or perspective of you, it just forces obedience onto it.

Note: It should be noted that the creature must only obey the letter of your command, and not anything else.

Speak the full name of any creature, and it will hear your voice, and learn your exact location.  As long as you remain in that place of power, then they will be able to determine the direction you are.  If you leave this place, then this no longer applies.  Finally, you can also send a message equal to [sum] words to the recipient.

Create an illusion around an object, or a free standing one.  It can be any image.  This image will move, cannot touch anything, and has no smell or taste.  Additionally, illusions can only add, not remove.

You can cast this as a free action, whenever someone else casts a spell.  You invert the effects of their spell.  Fire becomes ice, healing becomes hurting, raising the dead means casting down the living, etc.

[dice] creatures turn invisible for [sum] minutes.  If they attack or do something strenuous before the time limit is up, they turn visible.

Object is opened. Doors are flung wide, locks are broken, shackles are bent open, belts come undone. Treat this as a Strength check made with a Strength of 10 + ([dice] * 4). Worn armor falls off if the wearer fails a save. Creatures must save or vomit (a free action).

Non-living object closes and becomes locked. If the object is a door, chest, or similar object, it will slam shut, dealing [sum] damage to any creature passing through it and then trapping them. This spell works on things that aren't technically portals (for example, a sword could be locked in its scabbard). When resisting being opened, the object has an effective Strength of 10 + ([dice] * 4).

Alternatively, this spell can be cast on a creature's orifice, or paired orifices; the creature gets a save to resist, and another save at the end of each of its turns.  (This works on eyes, mouths, nameless sphincters, etc.)

The caster must save vs. spell.  On a failure, roll here.  They get -[dice] to their save.

A spell that is targeting you is instead reflected against a random target.  If at least four dice are invested, then you can redirect it to a target you choose.

The Wizard makes a closed shape of runes over an object or onto a surface of up to 10*[dice]'.  While these Wards are active, no ghost or spirit may cross over them.  All ghosts or spirits inside the wards that are not inside a corporeal vessel will be flung out of the wards.  A corporeal entity can break these wards by crossing over them.
If four or more dice are used on these wards, they are permanent until broken.

All Spells within 50' increase their threshold for success by [dice].

This must be cast on a spell that is currently active, but not one that has an instant duration.  This spell now becomes permanent.  If the spell was already permanent, then it instead expires at the next sunrise.

Any spell cast on you does -[sum] less damage. 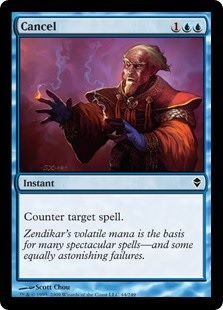 This Doom is avoided by stalking someone, studying them, then killing them and taking over their life, pretending to be them the whole time.  If you can't do that, instead create a Beast of Four Sorrows and fabricate evidence to indicate you were one of the people that formed.  After that, change your name and as much about yourself as feasibly possible, and you'll be safe.
By Yami Bakura at January 02, 2018