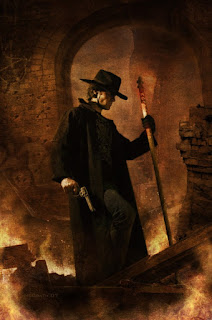 There are people out there who can conjure fire from nothing, summon demons and other fairy tale bullshit.  But these Mages are rare, as magic is passed genetically, and only those with the right blood line can cast effectively.  You might possess someone far up your family tree that possesses a scrap of magical talent, but you won't.  For the purposes of this game, no member of API can cast magic like this.  All the Mages tend to cluster together with their extended families in the Mage Clans, and in Wizard only organizations, such as the Merlinites. 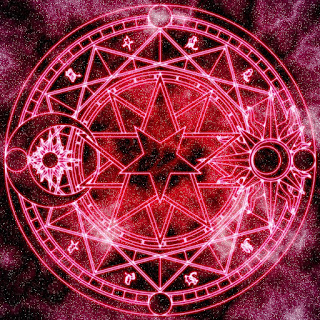 These are spells that anyone can cast, provided they know the proper steps and procedures.  Sometimes people will stumble upon rituals by accident, and in using them, be awakened to the hollow shell that is the modern world.  However, performing a ritual is dangerous.  For if any of the specific instructions are not followed to the letter, then catastrophe can result.

<update>  I wrote a new post about this that basically retcons everything below.  So just go here for the updated version.  </update>
API powers:

Update to the Agent Class: Semblance: Starting at level 1, every Agent gains an ability which is comparable to a unique spell that they can cast, at will.  The spell is powered by Chi dice, and will be written like one.  Each ability will have a base power, but each one will also have 1d4 hidden sub-abilities.  These are automatically unlocked at level 2, 3, 5, 7, until you run out of special uses.  Or if the players stumble into them along the way, they can unlock them on the spot.
The DM should write down what these hidden sub-abilities are at the beginning of the game.
Ex: An Agent has the power of Fireballs.  This one has three sub-abilities.

Sub-Ability one: The Agent can plant a fire by touching an object.  Then they can ignite this planted fire as a free action as long as the target is within 100'.  Their is no sign of the planted fire until it activates.

Sub-ability two: The Agent can fill the air with tiny sparks of fire that will be extinguished by carbon dioxide exhaled by living beings.  This can be used to detect gas leaks or living beings.

Sub-ability three: The Agent can, if they fire a special fireball, spend X amount of Chi to reverse its course and move it at will.  When they use an action to move the fire, they cannot move themselves.

All Agents of API have a special ability that is unique to them.  This ability is called a Semblance, and is gained through a trial of Strength. When they were first founded, API received several magical artifacts.  One of these was known as 'The Iron Maiden'.  Dismissed today as an instrument of gruesome torture or the Renaissance equivalent of a roadside attraction, a properly constructed and consecrated Iron Maiden is an artifact that can awaken the dormant magicks inside a person, but at a terrible risk.  Endure it and emerge forever changed, with power unimaginable.  Fail, and you die.

To endure this trial, you need an iron will, conviction, or both.

For the survivors, they gain a power the powers gained by API agents are called Semblances.

Semblances come in five general types, though some are more difficult to classify.

The five types are Bonds, Heaven, Law, Ground and General.

Bond types are Semblances that work best when paired with another, and provide some benefit the user or their allies.  These are support abilities.

Heaven types are generally short-range, high-power Semblances that are good for attacking and dealing damage.

Law types are generally Semblances that are based on clear rules, and so once these rules are discovered, they are usually easy to defeat.  Law types have large ranges, are indiscriminate in who they effect, and are the most dangerous to large groups.

Ground types are Semblances that rely on a trigger or a specific action, and mainly focus on altering a situation to your benefit.

General type Semblances are generally about enhancing the natural abilities of the user.