API: Playing as the Men in Black

<update>  I rewrote this class.  New version can be found here.</update>

The Agents of API are the rank and file of Apocalypse Prevention, Inc.  They are low-ranking, but they are also among the elite class that happens to know about the Masquerade and what is going on.  This is a privilege they share with high-ranking government officials, members of the intelligentsia, and ultra-rich individuals who act as power-brokers.  However, unlike most of those people, Agents are not only aware of the Masquerade, but they must speak to and often fight Demons, Xenics, and Human Traitors.  They tend to either live for a very long time, or die quite quickly.  If your players want to play as the Agents of API, or you need a generic secret agent with magical powers class, then you can use this one.

I haven't actually published the post that explains how their magical powers work, but let me assure you, they do have them.  But in case that never gets published, think of it a bit like Hamon from JoJo's Bizarre Adventure.  An example can be found here.

(A chart for leveling)

Chi Dice: You start with X chi dice, where X is equal to your largest two attribute modifiers added together.  If you only have one positive attribute modifier, that one is X.  For every level past 1, you gain +1 Chi Dice until you reach your Maximum Chi Potential.

Combat Training: You can add your STR modifier to all damage rolls, unless circumstances prevent you from doing so, such as if you are in a tight space and can't bring your full weight to bear.

Cat Stance: When you are surprised, you may make a Wisdom saving throw.  On a success, you may act normally.

Bare Knuckle Brawler: If you are not wearing any armor, your AC equals 10+CHA modifier.

Adrenaline Rush: As an action, you may regain 1d4 HP and 1d4 FS.  However, any bonuses you gain expire at the end of the current combat, or 10 minutes, if you're not using this ability in combat.

Sunday Punch!: You learn a special move.  [I'll write a table for determining this, eventually.  I promise.]

Friends: Whenever an ally goes to do something, you may use your action, even if its not your turn, to aid them.  The person you are helping then adds your EGO modifier to whatever roll they are trying to make.  You may also use this to help them pass a Saving Throw.  You may do this once per day per person.  This ability does not work on people who hate you or don't know you.

Awareness: Your base AC if you are not wearing any armor is now 10+CHA modifier+WIS modifier

Mind over Matter: Any wound your enemy deals you can be overcome with a simple application of will.  If some physical effect is hindering you, you may make a Wisdom Check.  On a success, you ignore that negative effect for a number of minutes equal to your level.

Go Beyond: Once per day, you may make any roll based on an attribute as if that Attribute was 20, giving you a +5 to roll. 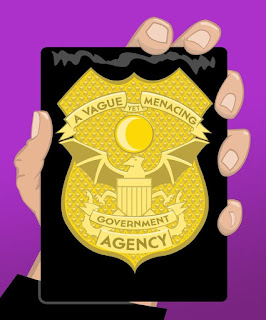 (From Welcome to Night Vale)