Their are three major classifications for types of non-humans in the API lexicon.  First are the Xenos, which is the general name for creatures that roughly humanoid, but not quite human.  However, this distinction is fuzzy, as certain types of human mutants and those born under unnatural circumstances are also considered Xenos.

This is an introduction to three types of Xenos, the Toxic, the Vamps, and the Wolfhounds.  These Xenos are referred to as 'Human-passing' because they can pass for human, under certain circumstances.  Unlike other Xenos, who possess odd colored skin, horns, scales, or other physical traits, the next three are basically human looking, no matter how different they actually are underneath.  However, just because they look more-or-less Human doesn't mean that they actually are, and should still be treated with caution. 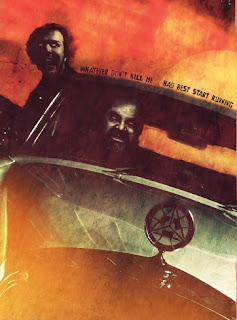 Toxic are the result when a human becomes infected with a disease known as the Amirani virus.  The Amirani virus is always fatal, swiftly killing the infected.  However, this does not kill the body, merely the brain.  Almost all who are infected with Amirani die and turn into feral monsters who have no desire to do anything except feed.  But in 1 out of 10,000 cases, someone infected with Amirani does not die, but becomes a Toxic.  Toxic is their name for themselves, the name a half-dead walking corpses with a soul gives itself.  Toxic can speak, eat, take a shit, tell jokes, and be friendly.  But they pose an incredible danger for two reasons.

First, Toxic are incredibly difficult to kill.  Bullets, blades and bombs hurt them, but the more hurt they get, the more crazy they become.  The only way to truly kill them without magic [Chi attacks count as magic] is cremation.  Burn them to ash or they'll be back for more.

Second, Toxic aren't misnamed.  Their blood, piss, shit and other fluids all carry the Amirani virus.  This means a Toxic can easily infect a great number of people.

Danger Level: Toxic represent anywhere from a Class 6 to a Class 2 Threat, depending on the number of Toxic spreading the virus, coordination between accomplices, available weaponry, and etc.

- Do not mishandle your Odium [infected fluids].  Failure to do so will result in extermination. 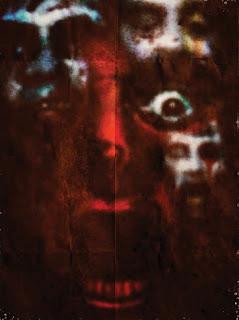 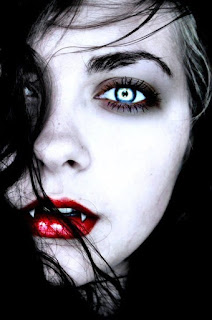 Vampires.  You know the drill.  Or do you?  Vampirism is a condition, a disease passed down through blood.  You can't catch it, but it's chronic to those born with it.  Those afflicted with Vampirism gain an allergy to sunlight, and the desire to drink human blood.  They only need a little at first, to go with their normal food.  But as a Vampire ages, they gradually become more and more sensitive to sunlight, and need less normal food.  They pale and gain a hideous strength, and develop strange powers.  The older a Vampire is, the stronger they become.

But these Vampires are different in other ways as well.  For instance, a stake through the heart will usually kill a youngblood, but not an Elder.  For an Elder, it will merely paralyze them.  Sunlight hurts them all, but holy water doesn't.  Neither does silver, or anything else.  Additionally, as they age, their powers increase in strength.  A 10 year old Vampire regenerates much faster than a Vampire who is only two weeks old.

Danger Level: Class 6 to Class 4.  Vampires tend to not work together very well, and while one super vampire can be a significant danger to anyone around them, can only do so much damage before being overcome or driven into hiding.

- Do not infect others.
- Do not drink the blood of Virgins.
- Failure to obey either statute will result in extermination.

The Wolfhounds are barely Xenics at all, and are in most ways, normal humans.  Wolfhounds are descended from a single tribe of Germanic people who once ruled Easter Prussia with an iron fist.  Wolfhounds are no different then humans in many ways, with a few exceptions.  Firstly, they are all allergic to silver.  It irritates their skin, and makes them uncomfortable.  Secondly, all Wolfhounds have the ability to transform into Wolves.  These aren't magic wolves, just normal wolves, some black, some red, but most grey.  And if you think that isn't a pain to deal with, then you've never fought one, sonny.  In case you haven't figured it out, these guys are the original Werewolves.  They are very solidly a part of pop culture by now, but their powers are nothing to joke about.  Despite their relative humanity, the Wolfhounds still represent a serious threat, in both their easy ability to blend in, their high levels of communication and coordination, and their ability to guarantee that even their young people and elderly can pose a serious threat to an unprepared Agent.

Danger Level: Class 6 to Class 5.  Even in their wolf forms, a gun will still kill them.  A group of well armed, well prepared Normals could, in theory, repel all but a large Wolfhound attack.  And while this rarely works out in practice, it is possible, in theory.

- Do not transform in public, or in front of those unaware of the Masquerade.
- Do not adopt anyone into your tribe.
- Failure to do so will result in extermination. 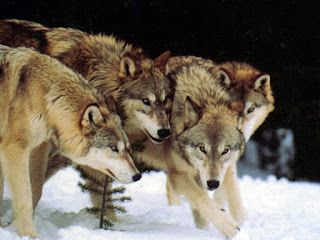 (1d4 of these wolves is actually a transformed human.)