In my fantasy setting, Nukaria, I use Alignment.  But at the same time, I don't have a spot on the character sheet to write it down.  This is because while I like the concept of Alignment, I wish to avoid the various problems that it has caused in the past.  As such, here's how I do it.

Alignment in Nukaria is far more mysterious than it is in most D&D that actually bother to use it.  No mortal can truly know their alignment, but they can guess, and do their best to live up to its principles.

Secondly, there is only one Axis, that being Law vs. Chaos.

Finally, Alignment is not determined by something written on your character sheet, but by how you act.  Thus, if anyone accuses you of not living up to your Alignment, tell them "Well duh, I'm mortal" then set them on fire, because they deserve it. 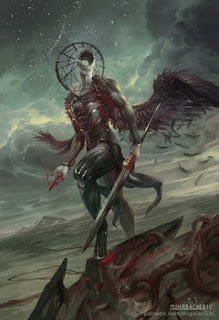 Law is embodied by the Gods of Law, transcendent beings who descended from Heaven to create or teach the mortal races, depending on who you ask.  All Law Gods live in Heaven, along with their Angels, servants, and the Celestial Bureaucrats.  There they debate and study to discern the truth about the Law.  For while all the Gods of Law agree on the generalities of Law and of the law, they fiercely debate the specifics.  In the eyes of almost all Law Gods, monarchy is the best form of government, hierarchies of authority and power are legitimate and should be respected, people should be respectful and obedient to their superiors, and religion is a vital and important part of society.  But there are many issues of current and fierce debate.

For example, what should be the position of women relative to men, or vice versa?  Is it better to hire someone to fight your wars, or to have citizen-soldiers?  Is War a good thing or a bad thing?  Should people be assimilated into greater wholes, or allowed to keep their own traditions and culture?  These are current questions that the Law Gods viciously debate as they scheme and plot against each other.

For while the Law is eternal, the Gods are constantly learning new things about it.  As such, what is Law can and does change.  For example, for the longest time, slavery was illegal.  But then, one case was brought before the Ordered Court, a question of ownership of a captured Prisoner-of-War.  The debate that night was especially fierce, and eventually descended into open warfare.  The Gods of Law turned Heaven into a battle-ground, and after nearly leveling it, retreated to their temples on Earth to summon their mortal servants.  This caused a small war among the mortals, and in the end, the city of Thannagos was burned to ashes, the King and his family crucified, the God who dwelt within the city had his idol captured, the city's inhabitants were sold into slavery, and that settled the issue.  Thus Law was preserved, and order was maintained.

Additionally, while the Gods spend most of their time in Heaven, they live in their Temples, where their idols are protected by Priests, ancient tradition, any many, many armed guards.  And even if all those were passed by, those who would invade the holy sanctuary would still have to face the God itself, a fate that few mortals ever survive.

The Gods of Law do not rule in absence however.  Just as they encourage us to submit to the authorities they place over us, namely Kings and Priests, they submit themselves to one of their number, who is elevated to the role of King of Heaven.  The King of Heaven is charged with keeping conflict between the various Law Gods to an absolute minimum, organizing the Gods of Law in the battle against Chaos, and and having the final say on what Law is.  This is a sacred and important duty, but the King of Heaven is not a person, but a role, and many Law Gods have filled it over the countless eons.  The current King of Heaven is Anuman, who has held the post for just shy of 400 years, and while he has many enemies in the Ordered Court, there are few among the Law Gods who have any idea who could replace Anuman.  The mortals, of course, know nothing of this divine discontent, and the idea that someone is trying to replace Anuman is unthinkable, like if you were trying to replace the Sun in the sky or level a mountain to make flat land.  They would laugh at you, and then discreetly contact the Priests in the nearest temple, informing them of your heresy. 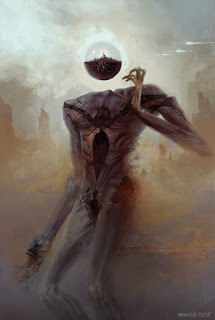 Finally, a note about Heaven.  Heaven can be seen from Earth on a clear day, you can see its golden domes and marble colonnades from a high hill in certain places.  Those who seek to live Lawfully flock to these places, standing on top of stilts or building great pillars, in the hopes of catching a glimpse of that holy place.  It is possible to visit Heaven in the flesh, though very difficult, and you're likely to be quickly found and thrown out.  The servants of the Law Gods sometimes leave Heaven for important business, and one of the things they go to do is descend into important cities to recruit Celestial Bureaucrats.  The Gods of Law are convinced that if they can tabulate the number of grains of sand on the beaches of the world, the number of hairs on everyone's head, and the dreams of every child and old man, they will finally vanquish chaos.  This is probably an endless, pointless task, but anyone who points that out is probably going to be ignored. Additionally, almost all parents want their children to be recruited for such an honor, not only is it the highest honor to serve the Gods in such a personal way, but any Celestial Bureaucrat is going to be far better off than any lowly mortal.

However, with the exception of certain great people, and those who go to Heaven in the flesh, most people never reach Heaven.  What happens to the soul after that is a mystery.  Some do exist, but the souls of most people are rarely ever found.  Most religions just assume that most souls perish with the body.  This is a normal thing, and people are fine with it.  Mortal life is short, hard and brutal.  This is our lot, and most people either don't care, or more likely, are too busy with other, more important matters to worry too much about it.

Now if you wish to live in a Lawful way, that is easy enough.  All you must do is obey the Law, and that means all laws, even the ones you don't agree with, pay your taxes, submit to authority, obey the Gods, and fight chaos, in both its large and small forms. 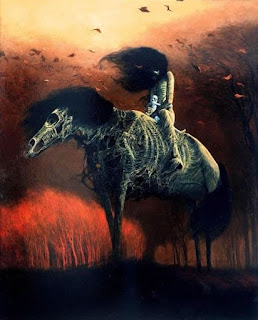 Next, Chaos.  While Law is categorization, organization and structure, Chaos is freedom, liberation, and choice above all else.  The Gods of Chaos are nameless, shape-shifting creatures that haunt the back roads and wander the virgin wilderness, shunning order.  Their temples are hidden shrines or natural fixtures, a hidden cave beneath a still pond or a glade of willow trees protected by fearless, feral acolytes, either are sufficient for a God of Chaos.  The Gods of Chaos have no names and they shed forms and identities like robes, donning whatever they wish and disregarding them when such a mask becomes passe.  They hate everything about law, they hate how it divides people and denies them the right to be who they want or do as they secretly desire, and thus wish to tear it all down.  But this is no simple reform, all the Chaos Gods agree, for people to truly be free, all Law must be destroyed.

But just as among the Law Gods, there is a great diversity of opinion on what must be destroyed and what should not be.  Civil government must go and written codes of legislation are obviously on the chopping block, along with any caste system, but what else must be cast down?  Is religion okay?  What about gender roles, if they are voluntary?  Are families too structured?  What about money?  What about clothing?  What about language?  What about thought?  Is not the act of thinking separating ideas within your mind?  And with such a wide spectrum for what constitutes Chaos, its acolytes can take many forms.  The heroic revolutionary who seeks to tear down an oppressive regime, the much-reviled political reformer who seeks to reduce burdensome regulations, the naked savage who seeks to kill and eat you for invading his territory, these are all servants of Chaos, albeit most who serve or enact Chaos do not consciously serve it, just as most who enforce the Law do not consciously serve the Law.

Chaos, unlike Law, does not have any central organization or structure.  The servants of Chaos fight amongst each other as much as they fight against Law, something both groups have in common, though pointing that out will earn you nothing but scorn from either.

If you wish to live in a Chaotic way, here's what you must do.  The first, and only commandment of Chaos is, 'Do as thou wilt'.  Do whatever you want to do, or feel is right, or wherever your passions take you.  Other cults of Chaos often teach other smaller rules, such as 'Always do the opposite of what the Law is' or 'Never do anything that could make you less free', but the only thing that binds them together is the first rule, and of course, their mutual enemy of the Law and its agents, both mortal and divine. 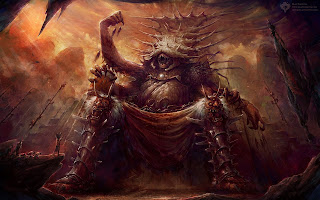 But there is a third option.  If you don't want to pick a side, go ahead and don't.  To the despair of Angels and fiends alike, most mortals are endlessly hypocritical.  They say one thing, and do the other.  Very few mortals can actually embody either Law or Chaos in even a rather diluted form, and as such, most of them end up as Neutral, which is anything that doesn't align more or less with the principles of Law or Chaos.

Neutrality even has its own pseudo-Gods, beings unlikely to be considered  as such by the Denizens of Heaven or the many faceless Gods of Chaos, but some display strange and esoteric powers similar to those the divine have.  But while the priests and theologians are unlikely to consider these strange creatures truly divine, many of them are as strong or as wise as any traditional God.  Some of course, are not, and seem to be little more than overly powerful Angels, local spirits, or stranger things, fallen saints, half-dead demigods, kupua or stranger things.  Many of these beings do not fight over esoteric principles but for more temporal gains, such as for a people or a nation.

To live in a neutral way, simply favor pragmatic solutions over idealistic ones.  The world is messy and complicated, and most people just want a solution that works, regardless of any ideology that comes with it.  Be hypocritical and inconsistent, and don't pick a side. 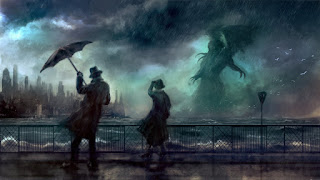