OSR: Succubusses and the Dark Powers 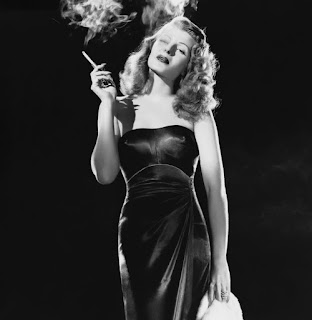 Note: The creatures I am about to describe are technically androgynous shapeshifters who take whatever form they want, either for their own reasons or to accomplish a goal.  But I will be using female pronouns and Succubus to refer to them, for convenience.

A Succubus is like a ghost.  It's not something that should populate a random encounter table.  Every Succubus should be unique and have her own personality and goal(s).  They are not a one-time encounter, they are something to build an adventure around.  A Succubus can have many roles, but I will be focusing on one in particular- the Succubus as manipulator.

Faust was the Exception

The Minion of the Dark Powers know that asking someone to sell their soul to them is a hard sell.  Most god-fearing people will reject the offer, as they should.  The Dark Powers are not known for being a bunch of bloodthirsty cutthroats and back-stabbers for no reason.  So most Demonic contracts and Infernal Pacts involve a fair amount of arm-twisting, strong-arming, and let's say, less than legitimate meanings.  A person will agree to almost anything if you threaten to skin their daughter right in front of them.

But others dislike this hard-nosed approach to negotiation.  It's bad for business, and ultimately hurts the Dark Powers in the long run, they claim.  These more sensitive souls claim that what is needed in such negotiations is a feminine touch.

Thus, the Succubus comes to earth, clothes herself in flesh, sculpts it into the image of a comely young woman, and sets out to drag some poor fool to Hell.  A Succubus first canvas their mark, spending time spying on the mark, seeking out what he or she likes and dislikes, what his or her habits are, and most importantly, what he or she needs.  Do she need a friend?  Does he need a wife?  Or something else?  Money perhaps, or a rare piece of information?  Regardless of what you need, the Succubus will acquire it for you, or more likely, lie and say she has acquired it, and use that as leverage to manipulate you.  The Succubus will ask you to do something for her.  She will ask you to commit three sins for her.  But she won't call them sins.  She will stroke her fingers across your chest and whisper her request into your ear, making it seem like some deliciously dark sexual roleplay, planting the idea in your mind before suggesting it seriously later.  Or she will say you are the only one who can do this.  She will appeal to your desire to be the hero.  Or she will offer more tangible rewards.  Treasures she does not have, but will claim she does.  Succubusses are born liars, and they know how to manipulate a mark.  Succubusses that can't are usually dead by now, or chained up in the basement of some temple, being interrogated for information on the Dark Powers.  They will say whatever they think will spur you to action.  They seduce, but not just with their flesh, there whole image, personality, every word they say is carefully chosen to steer you toward her goal.

For the sins she asks of you, they will be similarly targeted, based on whatever your weakness is.  She will ask you to steal for her if you are greedy, or if you are self-righteous, kill three "Criminals" who escaped justice.  Each of the sins she will ask you to commit will be phrased in a pleasing way, wrapped in enough flowery language to excuse the villainy inherent in it.  Then if you do it, she will praise you vigorously, before asking you to do just one more thing for her.  Each of these sins will also be of escalating nature, each one a further test of your morals, each one another step on the road to Hell.  If you do all three as she commands, the Succubus gains ownership of your soul, and you must obey her, or she can rip your soul out of your body and leave your body and spirit helpless.

And that is what she wants.  A Succubus tempts those who are in danger of falling into sin, in the hopes of gaining their soul.  And once she has your soul, she is unlikely to ever let it go, and will keep it with her until she has it taken from her (an unlikely prospect), or she is tricked out of it (even less likely).

This is the core of a Succubus adventure.  A Succubus has taken the guise of a normal person and is attempting to cause one person to fall through her manipulations, so that she may possess that person's soul.  This person need not be important, it can be anything from a virtuous farm boy to the King of a small nation and anyone in between, the important thing is that they must be in danger of falling.

Succubus Adventure Plot Hooks
1d4
1- A stranger shows up.  A certain important person has a secret that is in danger of being revealed.  If this secret were to be revealed, it would be ruinous for that person and probably a lot others.  The stranger will pay you handsomely to recover the information before it is revealed.  Discretion is required for this mission, as is deniability.  However, unbeknownst to anyone, the person who orchestrated the theft or "loss" of this information was a Succubus, and is planning on using this as leverage to get the important person to do as she wishes.
2- A Succubus creates a scenario in which her mark must commit a sin in order to succeed, ie he must kill a child or something to win.  For example, they are challenged to fight a duel with a powerful opponent, but the opponent has a hostage.  Every time they are in danger of winning, the opponent's minions threaten the hostage.  The only way to succeed- in theory- is to allow the hostage to die.  Then she will come to the mark disguised as either an Angel, Paladin or Saint and give them a "holy" quest so that they can be cleansed of their sin.  However, this holy quest will only lead to more sins, until the mark hopefully falls.
3- A Succubus comes to a Player Character and offers them something they need.  An antidote to a deadly poison, a cure for a fatal disease, a way to break a curse.  If she cannot offer that, she will offer them something they might want, such as a fabulous treasure, a shot at eternal life, a Wish.  All she needs is a little help, and she will help them acquire this.  Her reasoning with seem sound, and she will seem to be legitimate.  But in the process of helping her, she will ask for more and more wicked things, until the mark hopefully falls.
4- The Player Characters were dispatched or are seeking out a rare treasure or power.  An anointed warrior, Priest, or holy maiden guards the way to it, and tells the Player Characters that they cannot pass and retrieve this power unless they prove themselves worthy.  But unbeknownst to all, a Succubus desires the power, and is manipulating the power's guardian, in the hopes that the guardian will fall and thus loose their holy power, and be easy prey for the Succubus, as well as be unable to stop the Succubus from claiming the treasure.  What will the Player Characters do?  Stop the Succubus and try and retrieve the power or use the chaos to claim it for themselves?  Either way, this adventure should end with chase between a group of Paladins, the Succubus and the Player Characters all trying to grab the treasure before the others can. 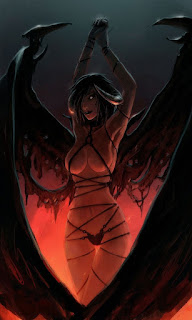 Poison Kiss: The Succubus can kiss you, forcing you to save.  On a failure, take 1d10 damage.  If you have commited any sins you haven't repented of, or done at least one of sins the Succubus asked you to, you automatically fail your saving throw.  You also take an additional +1d10 damage for each serious sin you've committed.  On a successful save, you take no damage, and the Succubus burns her lips on your holy person.

Shapeshifter: The Succubus can shapeshift into anything she desires.  Her stats do not change no matter her form.

Invisibility: As a full action, the Succubus can turn invisible.  This gives her +4 to AC and +4 to hit.

Flyer: The Succubus can use her 'Shapeshifter' ability to grow wings and fly.  If she has her wings already out, she gets +4 to initiative.

Tactics:
- Never stand and fight
- Live to fight another day
- Say anything to live

Succubusses never do their own fighting.  They are businesswomen and bargain-hunters, they do not stand and fight.  They will say and do anything to live.  They will fight if they absolutely must, but they hate unnecessary violence, especially if it threatens them.  So if a Succubus needs something stolen, someone spied on, or a mark manipulated, she'll do it yourself.  But if she needs someone's kneecaps broken, someone killed, or something else crude or violent done, she'll call her Knights.

A Succubus' Knights are her servants, slaves and previous successful marks, now forced to serve her for all eternity.  They follow her around, doing whatever she says, and doing her dirty work.  But while many of her Knights might despise her, they are bound to her by the fact that she owns their souls, and can take back possession of their soul whenever she chooses.  However, while this forces them to be obedient, it also provides a secondary bonus.  Unless the Succubus herself is killed or she is forced to give up her souls, she can create new bodies for her knights and resurrect them if they are killed.  However, this process takes time, up to eight hours, a powerful Wizard, and up 1,000 gold.  All these are things a Succubus could easily acquire, given enough time, but not something that could be found in the middle of a high-stakes mission.

To generate a group of a Succubus Knights, roll twice below, or until you get a number larger than 25.

How does this Knight in particular feel about the Succubus?
1d6
1- He hates her.
2- He loves her.
3- He is grateful to her for freeing him from the restraint of morality.
4- He is ambivalent toward her, but terrified of leaving her, because then he would no longer be immortal.
5- He serves her out of loyalty, as he is also a Minion of the Dark Powers.
6- He doesn't really have an opinion on her.  It's just a job to him. 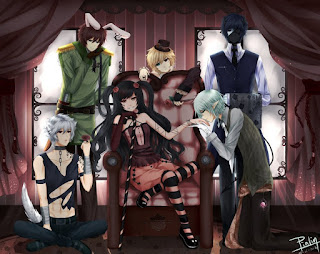