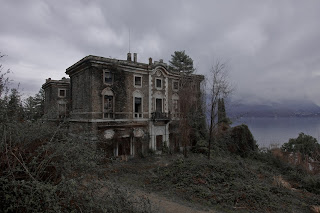 Downworld is what the Humans collectively call the world on the other side of the Masquerade.  The hidden one, full of monsters and freaks and etc.  So if you pass through the Masquerade and enter Downworld, the first place you're going to end up is Undertown.

Most people think that Undertown is either a) a specific location, or b) underground.  Neither of these assumptions are true. Undertown is a slang term that means "Any place outside the Masquerade where the Company is not in charge".  So this means whether you're exploring an underground feast hall, a Z-Mart in an abandoned lot or a secret, partially abandoned manse that's been converted into a commune for Those who Know, all those locations could technically be called Undertown, as long as they weren't private residences.

Secondly, Undertown is not always physically underground.  Sometimes it is, concealed in a closed off section of a sewer or an abandoned subway tunnel, but other times it is merely hidden in a place that is out of sight of Normals and the Company alike.  Sometimes the Company doesn't know about these hidden locations, but most of the time they do, and merely allow them to continue existing.  As long as those frequenting Undertown keep their heads down and don't attract any attention from Normals, they are tolerated, with the Company turning a blind eye to most of what happens there.

And while the Company can and does occasionally raid Undertown, rounding up a few lawbreakers and scattering the patrons, Undertown always survives, and new locations spring up wherever decent, hardworking folk fear to tread, where the corruption of Downworld has seeped up through the Masquerade and is now concealing itself in plain sight, like a poorly disguised monster in a big coat and broad-brimmed hat.

But the bigger question is, why would you go to Undertown in the first place?  However, the better question is, why not?  All Undertowns can provide certain illegal or small magical goods (charms of protection, holy water, etc) as well as goods that would be useful to Those who Know (iron filings, silver knives, mirrors, whole wheat flour, etc).  As a good rule of thumb, if something is necessary for a well-prepared player to continue and acquiring it wouldn't invoke any dramatic consequences, then you can find it at Undertown.  However, you're unlikely to find anything truly powerful or dangerous here, unless that's the adventure, of course.  It's always possible that a stall's owner has some terrible artifact of power and hasn't realized it yet, or the players purchase a shoddy weapon only to find out it was actually forged by and for Gods, and etc.

You can also go there for other reasons as well, such as to meet up with folks who cannot walk around in view of Normals, and listen to all the good gossip.  Criminals and their ilk are a superstitious lot, in this age as well as all the others, and when they hear about something dangerous, they usually skip town.  If the Company notices that Undertown seems a lot emptier then usual, that's often their first clue that something is or already has gone terribly wrong.

To generate a unique Undertown, roll on the tables below.

Where is this one located?

1d6
1- In an underground cave.
2- In an underground, abandoned fallout shelter, built in the 50s and long abandoned.
3- In an underground, closed off tunnel that was once used for maintenance, sewage, or some other civil engineering purpose.
4- At a long closed drive-in movie theatre.
5- On the property of a local rich eccentric, hidden away from the road and the house.  There is a 50% chance that the owner knows about this location, and an independent 50% that they will deny such knowledge.
6- Hidden in a large, abandoned property, such as an old, unused railroad, an abandoned warehouse, or a foreclosed house that hasn't been sold in years.

What is going on today?

1d12
1- The Goblin Market has come to town!  A veritable gang of Goblins has taken over Undertown, setting up all sorts of strange booths.  Today you can purchase strange elixirs made of toad's stomach and horsedung, dance with a naked green girl half your size, investigate what the 'Kiss the Rat' booth is about, go bobbing for lobsters and challenge the shopkeepers to games of chance. The Goblins will accept the usual method of payment for Goblins, but these ones will also accept favors, secrets, riddles, memories and Time.
2- A stranger is here, challenging anyone who looks interested to riddle contests.  So far he has utterly defeated everyone he has challenged.  The stranger has a 50% of not being totally human, and this is probably part of some sinister plot.  Or maybe they're just here to mess with the little people.
3- A Wizard-Prince is here with his retinue.  He's in disguise, so no one knows he's a Wizard, but everyone also knows that he is not a normal man.
4- The Nymphomaniacs are in town.  The Nymphomaniacs are a group of traveling weirdos who dance, sing, do magic tricks, put on plays and work as prostitutes.  They are known for their lasciviousness, enthusiasm and creativity.  They're putting on a show later, and if you have a strong stomach, you should go see it.
5- A Meat Market (dealing in Xenos and Human Resources) has booked part of the area for private use.  A modern day slave auction.  They've got Xenos, Humans, Freaks, Mutants and some other stuff that doesn't neatly fit into any category.
6- They're showing a movie.  It's a nominal fee to get in.  What are they showing?  1d6 (1= A recent Hollywood blockbuster; 2= A movie that won't be released for a couple years, but one the players will have heard of; 3= An art house film that no one has ever heard of; 4= 10 hours of scenic hillsides and soothing music; 5= An Allied propaganda film depicting the horrors of the holocaust; 6= A Hayao Miyazaki film).  There is a 50% chance the audience of the film will be acting in a way that does not fit the film being shown, such as cackling with laughter at a pile of starved human corpses or booing when the hero is actually revealed to have survived a near-fatal injury.
7- A group of adventurers are here to peruse the wares.  They are not dangerous unless attacked, but they are weird, smelly, and probably up to nothing good.
8- Company Raid!  Things seem normal at first, and then a Team of API Agents burst in and start shooting/arresting anyone who resists.  They are here 1d4 (1= To recover a dangerous object; 2= To capture a specific person; 3= To check to see if there are no weaknesses in this Undertown's disguise; 4= To destroy this Undertown).  Resisting or making any sudden moves is a good way to get your nose broken or worse.
9- An enemy is here, walking secretly among the customers and regulars.  Start things off as if they were normal.  Then, out of nowhere, someone gets attacked or ends up murdered.  You can determine the fate of the victim and the killer's status as needed, or roll on the sub-tables below.
10- A Fleshcarver is here, offering some of his many creations for sale.
11- A group of powerful enemies have showed up and are sitting around, waiting for something.  No one knows who they are or why they are here, but they know that such people are not to be trifled with.
12- A group of street children are putting on a parade.  The children are not quite human, and everyone is waiting for the English food to rocket fanward, so to speak.  But nothing will happen if you're a in a group and watching the parade.  However, unbeknownst to everyone, a small group of Maggot Children have crept into Undertown and a few people too busy to be watching the parade are going to be their prey.

Where is the attacker?

1d4
1- Running for the hills in an obvious way.
2- Making their escape in a subtle way.
3- Hiding nearby.
4- Pretending to be a normal passerby.


What other services can this Undertown provide?

1d6
1- A band of luckless fools, ready to fight and possibly die for you, if you have the coin, of course.
2- Guns, and lots of them.
3- Some fool has a magic weapon that he's trying to sell.
4- Do you need some drugs?  What about dangerous, illegal drugs?  What about highly potent, soul-shattering magical drugs?  Because if that's what you need, this place has got it.
5- A local madman is known to preach and evangelize from this location.  If you need to talk to him, here is where you should look.
6- There's a vendor who sells war dogs to anyone who looks like they aren't going to eat it, and can pay cash.

1d8
1- A band of adventurers.  A bunch of professional weirdos.  This group has a strong-arm, an occultist, a psychopath and a semi-legitimate criminal.  The leader of this band is Dick Doyle, a U.S. Marine and veteran of Afghanistan.  After his term of service though, he left the armed forces and took up a more free-lance form of work.  Has a variety of minor psychological issues from his time at war, leading him to this voluntary self-exile within his own country.  A damaged soul, who merely wishes to do his job and hopefully not cause any trouble for anyone else.
2- A pair of Wraps.  These are two Mummies in clean linel wrappings, with additionally clothing over it.  The first is a man in a pair of swim trunks and a Hawaiian shirt, the other is a wearing a sundress and a straw hat over her wrappings.  They are sight-seeing, and interested in everything and everyone here, and used to the stares.  If spoken to, they will likely tend toward dense formality and exhaustive politeness.  Don't ask them any questions about religion or politics, however.
3- A Goblin Merchant.  If you got Goblin Market above, reroll.
4- A Muck.  The Muck is a living puddle of goop, friendly and invincible.  Right now it is just impressed that no one has tried to drive it off yet, and is eagerly talking to anyone who will give it the time of day.
5- A crew of Toxic.  These guys are bad news, and no one wants them around.  The Toxic are slowly realizing this, but don't want to leave and give the breather's the satisfaction.
6- A team of Those who Know.  A bunch of badly equipped, desperate fools, madmen, and saints.  they were just normals who say something they shouldn't have, and were then snatched from the Normal side of the Masquerade to behind the curtain, drafted into an incomprehensible War of all against all.
7- A Greater Horror from a Fleshcarver's laboratory.  The Horror is a terrible/beautiful, alien/familiar, monster/angel that you have never seen before.  The Horror is currently 1d4 [1= Being led around by one of the Fleshcarver's assistants on a leash; 2= Unattended and sniffing at a the stand of kindly old Mrs. Henderson who sells baked goods, who is currently about to have a panic attack at the sight of it; 3= Unattended, the assistant who was supposed to be caring for it is taking a potty break nearby; 4= Escaped, the assistant watching it was attacked and is laying on the ground (see Sub-Table A) and it is currently loose).
8- A gaggle of young Vampires.  They're still mostly human, warm-blooded with only the strong craving for blood, not the need to drink it.  Most of the Vampires are level 1, with the leader being a level 1d3+1 Vampire.  These guys are repeat customers and well liked, especially by the young ladies, as they're all athletic, handsome men who dress well, albeit like goths, 19th century gentlemen, or some combination of the two. 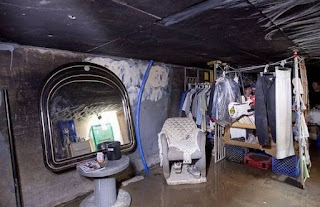 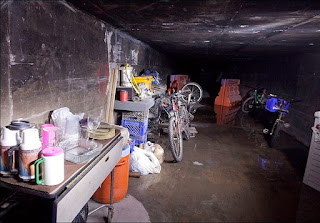 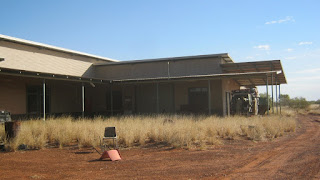 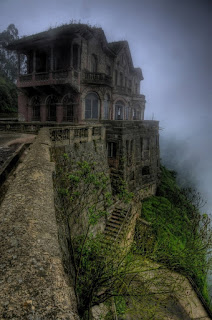 Email ThisBlogThis!Share to TwitterShare to FacebookShare to Pinterest
Labels: Adventuring in a modern occult setting, Gary vs Monsters, random tables