Edit: K Yani suggested a name change, and I agreed with his reasoning.  This is the class formerly known as the Harlot.  He came up with the new name as well.  Check out his stuff here, or in my sidebar below. 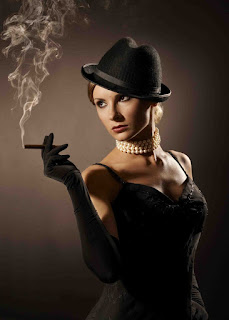 You are one of the beautiful people.  Through genetics, good breeding, or raw personality (usually a combination of all three) you are irresistible.  People can't get enough of you.  You're a hit at parties, at social functions, and even just when introducing yourself to people.  You are the type of person people dream about breaking down their door and changing their life.  Sometimes you even do.  But most likely, you don't bother with the peons.  After all, even Kings will tolerate a lowly mortal, if she is pretty.  And you're more than just pretty.  You're ravishing.  You can't walk down the street without someone undressing you with their eyes.  And while you might not mean much to worldly or magical folk, in most places, just by showing up, you are the toast of the town.

You use this to get things from people.  Invitations to parties, access to private clubs, the general benefit of the doubt are all things you could get easily, if you batted your eyelashes and said some appealing things.  You're likely quite jaded by this, and have no idea what it's like not to have such control over people.  The struggles of someone poor, underprivileged or ugly are utterly foreign to you.  Because while you may not come from a high social caste and may be little more than a commoner, barely above a slave, your physical attractiveness is so great even the Sons of God step off their daises and down into the muck to stand beside you. 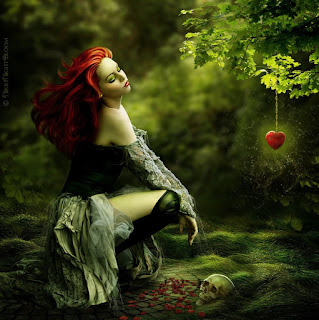 by NikkiNightBloom
This is the Allure class, for players who want to play a seducer, a femme fatale, or something that would be useless in a combat situation but doesn't want to be a Jane Doe.  Being a woman isn't required for this class, but it is recommended.  However, if someone who is playing this does not want to play a woman, there are a couple of options.  Firstly, you could re-skin seduction and name it, "Radical Intimacy" or something like that and make it more of an impromptu feelings-jam than a romantic rendezvous or a conjugal visit, or you could simply play a soft, effete man who can convincingly look like a woman with the right attire.  Or heck, if your setting is one where homosexuality and bi-curiosity are common, then there is no need for such retro-fitting.

Regardless, the Allure is very powerful, but only in situations where violence is not currently occurring.  They possess an incredible ability to manipulate and a blank check from most new people, at least until they do something that makes them suitably unpalatable.  This could be committing a crime, or it could be talking excessively about their previous sexual experiences.  But until then, assume that most people are willing to let the Harlot get away with minor stuff or do small favors for them, and a large majority of compatible NPCs are willing to do large favors for the Allure, if the Allure promises them a kiss or to consider their marriage proposal.

Seduction: If no violence has occurred between you and someone else, you can invite them to come join you in a moment of radical intimacy.  This need not involve sex, though it might.  If you use your Seduction ability on an NPC, they must make a saving throw.  On a failure, they give in to their temptation.

The Target may receive penalties to their Save if:
- You have bathed recently
- You are wearing something pretty and clinging
- There is a soft surface nearby (such as a bed, cushion, loveseat, etc)
- They come from a sexually repressive culture and do not agree with its moral positions
- They come from a sexually liberated culture and do agree with its moral positions
- They have no reason to suspect you are up to something malicious
- They do not dislike you for any reason
- They like you for any reason
- They previously had a romantic rendezvous with you and it went reasonably well

The Target may receive bonuses to their save if:
- You smell bad
- You are dressed shabbily
- You don't fit their usual preferences (sex, race, body-type, nationality, etc)
- They are a creature that does not breed or reproduce sexually
- They come from a sexually repressed culture and believe in its moral positions
- They come from a sexually liberated culture and do not believe its moral positions
- They suspect you have malicious intent
- They dislike you for any reason
- They previously had a romantic rendezvous with you and it went terribly

Exes and Ohs: If any of your former lovers are still alive, they remember you, and will insist on inserting themselves into their business if they are at all nearby.  This can be an asset, but is usually just a hassle.  These Exes can be former targets of Seduction, but there are also others who happen "off-screen".

It is assumed that the Harlot is off philandering with the locals every chance they get, so assume so unless the Harlot says otherwise, or the Paladin is following them around to make sure things stay "PG".  So whenever the Harlot enters an area they have lived or conceivably could have been to, their is a 1d10% percent chance equal to their level that they have a former romantic conquest here, who would be summon who the Harlot would be attracted to.  To see how their Ex feels about them, roll on the Exes table below.

How do I feel about the Harlot?
1d6
1- I despise them, and would do literally anything to make them suffer.  I also might be a little psychotic
2- I hate them a bit, and if I never saw them again, it'd be too soon
3- I still dislike them, and would make their life difficult for them if they came along
4- I don't really feel anything for them anymore.  I'm just glad it happened, but I don't love you anymore.
5- I still have some fondness for them, though I have mostly moved on.
6- I'm heartbroken and desperately in love with them still.  I may be a little obsessive.  I would get back together with the Harlot in an instant.

Everyone loves a doll: Certain types of people like having you around.  You're fun at parties, your bawdy jokes always make people laugh, and a lot of people probably like the idea of being in a relationship with you, because it would make their parents quite mad, or so they assume.  These people will give you the benefit of the doubt and do small favors for you, for free.  They'll hold the door open for you, warn you if the cops are coming to bust up a place, buy you drinks and always find room for you.  However, even for those who are attracted to you, they don't want you to stick around forever.  They are patient, but they have their limits.

Prized Booty: If you surrender to an enemy, if they are creatures who are intelligent and reproduce sexually, they will take you captive unless they have very good reason not to.  Additionally, if you are ever in a situation where you are about to be killed or the rest of the party is currently mid-TPK, if you surrender, odds are you will be spared, unless the creature killing them or trying to kill you has no need for reproduction or can see no other use for you.

Memento: Starting at level 4, after you have used your Seduction ability, you can gain one item from your previous Target.  These items cannot be super-powerful, cursed or priceless, and have to be something that the Target could easily access.  For example, a previous Target may give you one of his rings that is merely jewelry to him, but not the gold ring his father gave him years ago that he has treasured ever since.

Kiss of Death: Starting at level 5, if you have successfully used your Seduction ability on someone, you can automatically kill them.  This always works, unless the Target knew that you were likely to do this and took precautions before-hand, or the Target has some kind of passive defense that you cannot penetrate.

Lose his Head: Starting at level 7, people who would be normally attracted to you find it difficult to focus around you,  as you are so pretty it boggles the mind.  People who are attracted to you count as being Charmed as per Charmed Person, and are inclined to give you the benefit of the doubt, do minor favors for you, and are generally inclined to listen to what you have to say.  When negotiating with someone like this, you get +4 to all checks made to persuade, intimidate, or otherwise convince.

Bargain: Starting at level 8, your value is so great that people perceive it to be worth more than jewels or gold.  As such, if you surrender yourself into the power of an enemy, you can make great demands before hand and expect them to be honored.  For example, if you wished for the evil King to spare your brother, you could turn yourself over into his power on the condition that he would do so, and he would, even if your brother was one of the commanders of the rebellion trying to overthrow the kingdom.

Forgive me, Father: Starting at level 9, once and only once, you can reveal the secret paternity/maternity of one younger NPC who could conceivably be your child.  You reveal that you are actually their father/mother.  Expect this NPC to have at minimum, a minor existential crisis, and at worse, a psychotic break.  They may not like you after this, or they may like you much more. 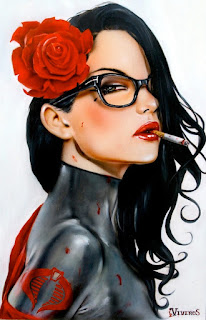