Parantural vs. Supernormal - or How I learned to stop worrying and love the Damage Threshold 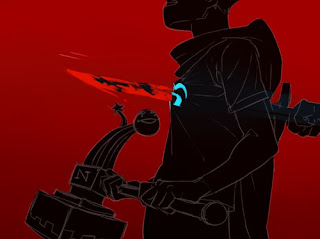 This post is inspired by this one from Necropraxis.  Go read it, right now.  Also, consider this the unofficial part 2 to my Better Boss Fights.  So with that, let's get into it.

I recently wrote a pretty popular post about Boss Fights.  My central thesis of the post was about how to make enemies that could challenge a group of heavily armed, heavily dangerous players.  This is because, at least in my games, I always feel like the enemies never stand a chance.  But then, I happened on a solution.  The secret to making an enemy strong, is to make them something that cannot be hurt by mortals.  At least, not by normal mortals.

But before I can tell you this story I must tell you something about my house rules. 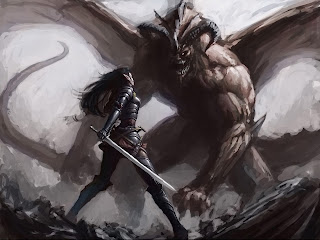 Firstly, if you've read any of my monster statblocks, you'll note I don't list HP.  This is because I use the "Just in Time" method for calculating a Monster's HP.  Essentially, every monster has a pool of HD, which are d8s.  As the monster takes damage, I roll these HD and then subtract the damage taken from the number rolled.  For 1 HD enemies, this essentially turns battling them into contests.  The player will roll damages and I'll roll my HD.  If I roll higher, the enemy lives.  If they roll higher, the enemy dies.

Now, this isn't the case with higher level enemies, but this still left me with a problem.  Even if I give an enemy a larger number of HD, if I only roll low numbers, that enemy will be weak.  And while that was fine for some monsters, I feel like it shouldn't be the case for Boss Fights.  As such, I made my entire "Better Boss Fights" post based on that assumption, that bosses would just have normal HP.

Then, Necropraxis rocked my world. 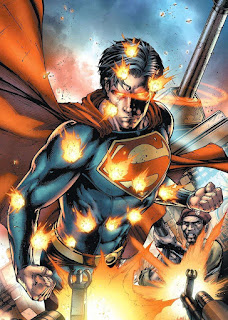 The Damage Threshold and how it changed my life

So after I read that amazing post, I started thinking.  An idea, which had been long germinating in my head finally came forth in triumph.  Here's what it was.

There are two types of Enemies.  Paranatural and Supernormal.  Paranatural enemies are mortals.  For example, an Elf may be ageless and super-intelligent, yet if you ram two feet of steel through their chest, they will die.  The same applies to Orcs, Dwarves, Humans and other mortal creatures.  Paranatural creatures are essentially on the same tier as the players.

How it works is this.  Supernormal enemies have 2 special abilities- Damage Threshold X and Super Hit Points, or SHP.

Damage Threshold: This creature has a damage threshold of X.  If any single source of damage deals less than X damage, ignore it and treat it as if it did no damage.  Breaching this threshold then counts as 1 SHP damage.

Super Hit Points are not as complicated, so I won't be writing up an ability for them.  But essentially, how it works is that if an attack breaches a Damage Threshold, it causes the creature 1 SHP damage.  However, if the attack fails to breach the Damage Threshold, then it does no damage, but any other effects that might come from an attack still counts.

This means that a Boss Monster can have a much smaller number of Super Hit Points, and yet still be as strong.

But this raises another question?  How strong should a Supernormal monster be?

Well have no fear, for I am here to try and explain it.

A Supernormal creature's Damage Threshold can range from 6 to 12.  6 is for a minor Supernormal creature, such as a garden variety Gentle Beast or Legendary Adventurer.  12 is for creatures like the Mind Flayer from Stranger Things 2, Bill Cipher in his physical form, or Shub-Niggurath.  Things that fall somewhere in between have a Damage Threshold of 8 or 10, as befitting their status.

But how many Super Hit Points a Supernormal creature should have is a much more difficult question.

And this is just my best guess, but if a group of players without the ability to deal much damage come upon a Supernormal creature with a mere Damage Threshold of 6, and they only have basic weapons that deal either flat 1d6 or 1d6+STR damage, the majority of their attacks will just bounce off it.  So I don't want to give Supernormal enemies too many SHP, otherwise they really will be something the players can't overcome.

So here is my proposal.  Super Hit Points will not be dispensed through HD, but individually assigned.  Let's say for ease of convenience that a Supernormal creature has SHP equal to their Damage Threshold.  So if a creature has the ability "Damage Threshold 6", it also has 6 SHP.

And since Supernormal monsters are probably going to be used for this, and I am not happy with the original, let's quickly go through this and revise the Better Boss Fights post based on our updated system.

This is a good idea, but I'm just going to change it so that attacking a Boss' defenses does not hurt them, or even have the chance to overcome their Damage Threshold.  You need to remove or go around defenses, but hurting the defense does not actually do damage to the Boss.

What is this creature's Damage Reduction and how many SHP does it have?

For Weak Points, I originally had the idea that this would be how you surpass Damage Reduction.  However, that will no longer work.  So I'm instead going to leave it open.  There are two possible changes to this step.

Either A) Remove Weak Points entirely, or B) Hitting a Bosses' Weak Points can permanently rob them of one of their abilities.  For example, cutting off a Manticore's wings will prevent it from flying, and etc.

This one also needs changing, as I found the bosses I made using my original post did too little damage.  As such, the fix is simple.  The Boss has a number of attacks they can make on their turn, not counting their Wind-Up Attack, which takes place on a player's turn, and they can make all their attacks on their turn.  However, they also get multiple turns, and can make the full amount of normal attacks on each turn.

Rage of the Gods was originally meant to give a Boss access to a second pool of HD after they would have been killed, as my bosses died too easily.  However, I feel that might make them too strong if I used Super Hit Points.  But I'm not really sure, as this requires play-testing on my part and is little more then solid theory at this point.

Use whatever feels easier, or switch between them, depending on how strong this boss is supposed to be. 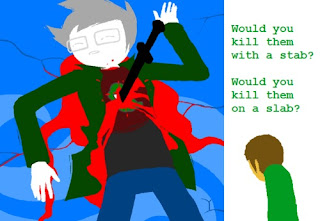 This is how Dungeon Masters feel when their player's characters die