SOS: Varieties of Humans in the Future

This post is long overdue, but I kept rewriting it as I was never sure of what exactly I wanted.  As of this moment though, I'm satisfied.  This is part of my character generation system for my Sci-Fi setting, Sea of Stars.  These are the available races that players can pick from. 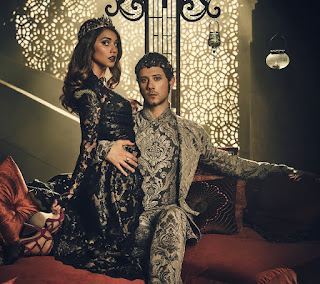 The elites of the 42nd century do not wish to be the victims of fate when it comes to their most precious commodity, their offspring.  As such, all families that can afford it have their children genetically perfected, scrubbed of genetic diseases and undesirable traits, as well as improved in other ways.

The result is usually that of incredibly tall, well-formed youths with handsome features and improved natural characteristics.  Among the common improvements includes resistances to common diseases, an abundance of brown fat, naturally straight teeth and perfect vision.  Besides these, some Executive clans also give their children specific physiological traits or genetic markers to identify them.  Sometimes these are hidden, but they can be less subtle as well.  These markers can be anything from all members of the clan being double-jointed to having an unusual or unnatural hair or eye color.

Stat Adjustment:  You get no ability score rerolls, but you may order your five ability rolls in any order you choose.

Power: As an Executive, people assume (often correctly) that you have access to great amounts of wealth and power.  As such, people are generally more likely to take you seriously and tolerate your bad behavior.  You can also use your status to gain access to similarly high-status people such as CEOs, Generals, politicians or the like.

Weakness: People will assume you are rich and try to extort, kidnap, scam or do other unsavory things to you, either because they want something for you or they hate people like you.

Finally, when you make an Executive character, you should think of the character's clan.  What is the clan's relationship to your character?  Do they approve of your decision to go become a treasure hunter? Finally, the Referee should prompt you to roll on the table below.

How is your Clan doing?

1d4
1- Ascendant.  Your clan is growing, gobbling up weaker rivals.
2- Prosperous.  Your clan is flush with capital.  Your holdings aren't expanding as much as some, but you still make plenty of decent returns.
3- Stagnant.  Your clan still makes a lot of money, but the goal is now not to expand, but to keep hold of what you've gained.
4- Declining.  Your clan is still rich, but your fortunes have been in decline recently.  You're shedding money and influence.  If something isn't done, the decline may become irreversible and terminal. 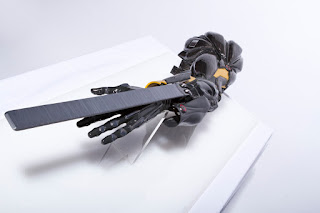 The technology to regrow lost limbs or appendages, as well as to create entire organs grown from a person's own stem cells totally exists in the 42nd century.  Unfortunately, it is also fiendishly expensive and largely the domain of the upper classes.  The poor are not given access to such technology, mostly for no reason.  However, the impoverished or humble classes can usually afford cybernetic prosthetics, as long as they choose a minimalist one.

And while not as ideal as having a new limb regrown, an artificial limb that works basically as good as the original is still a major step up from being permanently crippled.  As such, these prosthetics are a massive boon to anyone who gets one.  Depending on the culture the cyborg comes from will definitely determine how and what their prosthetic can do.  If they are dirt poor, the most basic of model will likely be their choice, which can lift and hold and grab, but is not nearly as precise and usually lacks all but the most basic of tactile sense.  For the user with more cash on hand though, the sky is essentially the limit.  You could get a cybernetic arm that almost perfectly resembles your old arm, with the most extravagent even getting live skin grown over it, though this will make any maintenance or repairs more painful.  Synthetic skin works almost as well though.  These advanced models have advanced tactile senses and require no additional interfaces, so it is almost like you never lost the limb.

However, some sub-cultures reject these solutions, instead keeping their prosthetics uncovered, showing bare metal and shiny, duraplas shells.  The corporate culture of Strexcorp Synergist Inc. values scars in its employees, particularly in the armed divisions, so Executives there show off their scars and cybernetics.  Another group that admires this is called the Knights of the Crucible, mostly formed of maimed ex-soldiers who received cybernetic implants to replace the natural limbs they lost in various wars, most notably in the Lyzorran War, which is still ongoing.  This group figured they could spend the rest of their lives mourning what they lost, or they could upgrade themselves into savage killing machines and go back to war.  For a lot of them it was an easy choice.

But enough about other people, let's talk about you!

Stat Adjustment: You may replace one of your Attribute rolls with a 13(+1), as long as the Attribute matches your cybernetic attachment.

Power: Depends on your upgrade.

Weakness: Your prosthetic might be good, it might be terrible.  Either way, it's not the same as the replacement.  Additionally, having it might limit what you can do.  Even if your cybernetic arm is really, really good, going into water with it is probably a terrible idea.  If everything below your waist is robotic, there goes your sex life or ever having children by normal means.  Referee's discretion applies, of course. 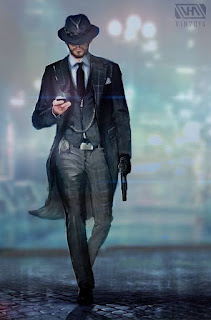 You're the original model that everyone else mimics.  You need no introduction.

Stat Adjustment: If you are unsatisfied with your CON attribute, you may reroll it.

Power: You start with one extra skill point that you may put toward any skill that is related to how you grew up/were raised.  For example, lock-picking if you grew up on the rough side of the tracks, or stealth if your police man father taught you how to tail suspects without being seen.

Weakness: Humans have poor senses.  They cannot hear or smell very well, and get a -2 penalty  to any checks or saving throw made to perceive something with those senses.  The same goes for sight, if the area they're in is dark. 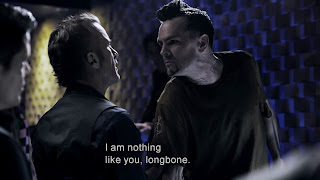 You are a Voidborn, one of those folk who was born in space or have spent the majority of your life there.  You were nursed on starlight and cradled by micro-gravity every since you were born.  You're taller than most, and high-gravity worlds are especially uncomfortable for you.  You likely don't feel safe unless you're surrounded by metal on all sides.  The idea of an endless, open sky is quite an unpleasant one, even if you can understand the appeal.

Stat Adjustment: If you are unsatisfied with your COG attribute, you may reroll it.

Power: You know the basics of most technology, receiving a +1 bonus to repair or operate it, unless you have a skill that grants a larger bonus.  You also know the basics of how to fly and maintain a vessel of the kind you were born on.

Weakness: Micro-gravity has made you weaker than others, so on worlds with Earth gravity or greater, you must make a CON save each day.  If you fail a save, you start taking 1d4 CON damage a day.  If this damage reduces your CON to 0, you die.  Additionally, if you pass three CON saves in a row (one per day) you no longer have to make them. 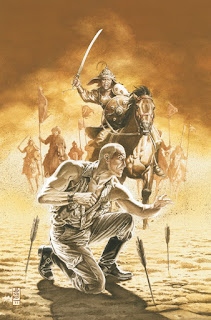 You're a man from a low-technology world.  You might be a caveman or from somewhere like 21st century Earth.  Either way, you're still a Feral.  Ferals are rare, and generally do not look unlike other humans.  But they are stronger than most of their kin, with a strength and vigour that sets them apart from others.

Stat Adjustment: If you are unsatisfied with your STR attribute, you may reroll it.

Power: 1/Day, you can recover 1d6+CON modifier FS as an action.

Weakness: Most humans know how to work basic stuff like a laser pistol or a holo-emitter, but not you.  You must make a successful COG check to use any technology more advanced then a steam engine. 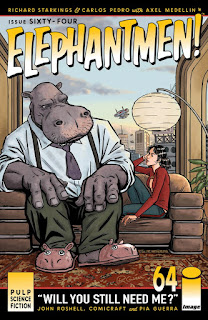 You are a half(?) human animal hybrid, created in a lab through having your genetic code fiddled with.  You were created for a purpose, to be a soldier or a sex slave or anything in between.  You are likely stronger, faster and tougher than the normal humans that surround you.  But despite your clear superiority, you will likely never rise far, as humans will either not take you seriously or be scared of you.

Another note: All Humanimals who are created legally are sterile.  There are rumors of ways to make them able to produce viable offspring, either with each other or with humans, but all these methods are mostly thereotical and entirely illegal.

Brutes: Elephantmen, Rhinomen, Hippamatoid, Bearman.  Anything tough and dense and hard to stop.

Stat Adjustment: If you are unsatisfied with your CON attribute, you may reroll it.

Power: If you're not wearing Armor, you have Natural Armor equal to your CON modifier.  Shields and helmets don't count as armor,

Weakness: People will assume you're the biggest badass in the room, unless something even more dangerous is nearby, such as a giant dragon or a bigger Elephantmen with a gun.  First priority is to kill you. 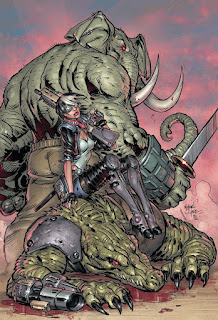 Stat Adjustment: If you are unsatisfied with your STR attribute, you may reroll it.

Power: You have a powerful bite attack that does 1d10+STR damage.  You can also choose to grapple anyone you bite.

Weakness: You are vulnerable to attacks while grappling someone with your mouth, rolling only 1d20+Atk for your defense rolls against their attacks, instead of 1d20+damage dice+Atk. 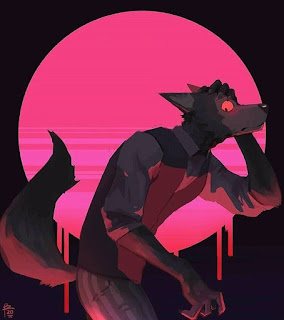 Stat Adjustment: If you are unsatisfied with your CHA attribute, you may reroll it.

Power: You have an amazing sense of smell.  +4 to detect things with it.

Weakness: You get -4 to save vs pheromones and chemical weapons. 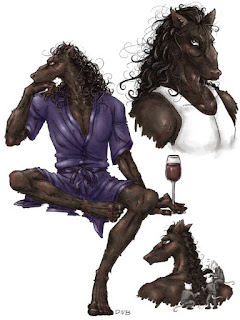 Stat Adjustment: If you are unsatisfied with your DEX attribute, you may reroll it.

Power: You are very, very fast and can outrun almost anyone on foot.  1/Day, you can put on a burst of speed and for X minutes (1+CON modifier), you can run at 30+DEX modifier, miles per hour.

Weakness: You cannot recover Stamina easily.  After sprinting or doing anything particularly strenuous, you make all DEX, STR and CON checks and saving throws at -4 until you have taken at least a ten minute break to rest. 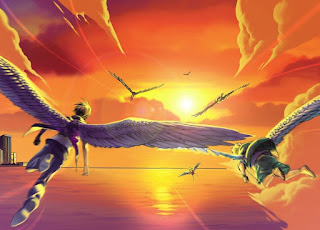 You are a special type of Humanimal.  Physically, you look perfectly human, with one exception.  You have a pair of wings that grow from your shoulders.  These wings enable you to fly, as well as looking really cool.

These weren't the end of the changes you received, however.  You also have air sacs attached to your lungs, lighter bones and are generally more diminutive than a normal human would, though you are still surprisingly strong.

Stat Adjustment: If you are unsatisfied with your DEX attribute, you may reroll it.

Power: You can fly.  As an action, you may take off.  However, you need to keep flying in order to stay aloft.

Weakness: Your body is fragile.  Whenever you take blunt damage, you take +1 damage per die.  This damage does not include bullets. 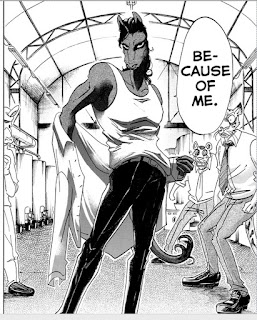 Email ThisBlogThis!Share to TwitterShare to FacebookShare to Pinterest
Labels: Adventuring in the future, Reference