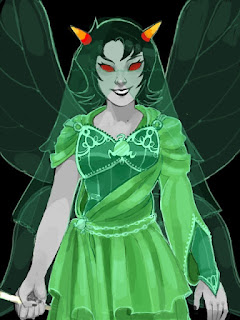 Telekinesis: As Levitate in part 3 of this series

Telepathy: As Telepathy under Psychomancer

Teleport: As Teleport under Cosmomancer

Teleportation Circle: As Teleport under Cosmomancer

You create a floating disc of force in an empty space within range.  This disc can carry up to 10*[sum] pounds of cargo.  The disc moves in whatever direction you wish, but must remain within 10' of you.  The disc has 1d6+[dice] HP and remains for the duration or until destroyed.

Make a melee attack.  On a hit, the creature takes an additional [sum] thunder damage.  Do not add this damage until the hit is confirmed, it does not count for the purposes of attacking.  This creature must also save, on a failure it is blasted backwards 10*[dice]'.

The caster pounds his staff on the ground, stomps his feet, or strikes the ground.  A blast of energy emenates out from the point of impact, doing [sum] thunder damage, save for half, to those within 10*[dice]'.  Those damaged also must save or be blown 10*[dice]' backwards.

[dice] creatures who are touching the plant designated by the caster or the caster, who counts as one creature, teleport and emerge from another plant the caster has designated.

[dice] creatures can pass through trees like they weren't there, or can travel inside a tree and travel up and down inside them like they are swimming.  They do not need to breathe while inside the trees.  After the duration ends, the affected creatures, if they are still inside a tree, are ejected to the nearest empty space.

One creature within range must save.  If the creature has HD greater than [dice], it may add the difference to its save as a bonus.  If it has HD 3x or greater than [dice], it automatically passes.  On a failed save, that creature is transformed into an object of similar size and mass to its original body.  The creature's consciousness is suppressed while it is an object and if it returns to its normal form, it will not notice any time having passed.

One object within range is transformed into the body of a living creature.  This creature can take on any form or appearance the caster desires, but must be of equivalent mass to the object transformed.  The body created will be born dead, with no breath of life.  However, if the caster has a spirit that they wish to introduce to the body, they can.

Alternatively, every 1d10 minutes the body is left unprotected a spiritual entity might try to possess it (see below).  The body created will gain the stats and abilities of whatever spiritual entity enters and takes control of it.

True Resurrection: Cut because there is no spell named "Resurrection".

One creature you touch gains Sight Beyond Sight for the duration.  They can see the true forms of shapeshifters, invisible objects, through illusions and perceive reality as it truly is.

However, if they look upon a creature that is especially evil, inhuman or sufficiently powerful the image can be so terrible you must save to avoid being frightened, blinded, stunned or etc (Referee's choice).

The spell may be ended early as an action on behalf of the caster or the creature affected by it.

You conjure a magical wall of water 10*[dice]' high and 10*[dice]' long.  The wall of water slams into everything in a horizontal line equal to its width and blows any people, loose objects and does damage equal to structures.  All structures and creatures struck directly by the wave take [sum] damage, with creatures getting a save to take half damage.

You create an invisible construct made of magical force that can do anything a well-trained servant could do such as cooking, cleaning, mending clothes, assisting a master with getting dressed, in the bath, etc.  The construct will obey verbal and telepathic commands for the duration or until dismissed.

One creature you touch takes 2[dice] damage and you regain that much FS.  This requires an attack roll if the creature is unwilling.

The wall of fire has [sum] HP takes no damage from physical weapons or anything that could not extinguish a fire.  The wall persists until destroyed or the duration ends.

The caster creates a wall of force up to 10*[dice]' long and 10+[dice]' high.  The wall can be any shape, as long as it is one continuous path along the ground or a vertical surface.

The wall of force has [sum]+[dice] HP and takes half damage from all elemental sources, and no damage from non-magical sharp or blunt.  The wall persists until destroyed or until the duration ends.

The caster creates a wall of ice up to 10*[dice]' long and 10+[dice]' high.  The wall can be any shape, as long as it is one continuous path along the ground.  Any creature within the area where the ice wall is created must save.  On a success, they take [sum] cold damage and are partially trapped by the wall.  They will then take [dice] cold damage a round until freed.  Creatures that fail their save take [sum] damage and are trapped inside the wall, where they will begin suffocating after 1 round.  Any creature that gets within 10' of the wall takes [dice] cold damage.

The wall has [sum] HP takes half damage from bludgeoning damage and double damage from fire.  The wall persists until destroyed or until it melts, which is in [sum] days, unless it is in a tropical or excessively warm climate, in which case it will melt in [dice] days.

The caster creates a wall of wind up to 10*[dice]' long and 10+[dice]' high.  The wall can be any shape, as long as it is one continuous path along the ground.  Any creatures in the path of the wall as it is created must save.  On a failed save, they are launched 10*(the height of the wall) into the air and take fall damage as normal.  On a success they take 1d6+[dice] damage as they are merely thrown horizontally.

The wall has 2[sum] HP and takes no damage from sharp damage, half damage from bludgeoning damage and no damage from anything that could not harm a large rock.  The wall is permanent until destroyed.

The wall has [sum] HP takes half damage from bludgeoning and anyone who attacks it with a melee weapon must save or take 1d6+[dice] sharp damage.  The wall persists until destroyed.

Touch up to [dice] creatures.  As long as they are within 10*[dice]' of each other, they each have 1d6+[dice] Armor.  This armor, if destroyed, repairs itself at a point of 1 point per minute.

[dice] creatures you touch gain the ability to walk across any liquid surface such as water, acid, mud, quicksand, lava, etc, as if it was solid ground.  Creatures can still take damage from the other properties of the liquids, however, such as being burned by lava or having their feet melted by acid.

You fill a 10 x 10 x 10 cube with sticky webs.  Anyone who touches the web must save or be stuck to them.  The webs take double damage from fire and sharp damage and are extremely flammable.

If cast with 3 [dice] or more, you may cause those same creatures that failed their saves to see you as reinforcements coming to aid them.

[dice] creatures (and everything they are carrying) you touch transform into clouds.  This transformation takes [dice] rounds.  Once clouds, the transformed creatures cannot affect anything that could not be hurt by a cloud and cannot be damaged by something that would not hurt a cloud.  Transformed creatures may transform back as an action, or you may transform them back as an action.  In either case, transforming back also takes [dice] rounds and in the meantime creatures can take no action.  Creatures also begin transforming back once the duration ends.

While in cloud-from, a creature gains a flying speed of 300' per round.

Assuming 10 rounds in a combat, creatures under the influence of Wind Walk travel 3,000' a minute or 34.09 miles per hour.  An average horse can go anywhere from 25 to 35 miles a day, but it can't keep up that much of a pace for long.  Horses also require rest, water, etc.

The caster creates a wall of wind up to 10*[dice]' long and 10+[dice]' high.  The wall can be any shape, as long as it is one continuous path along the ground or another surface.  The wall disperses gases, fogs and airborne particulates near where it is.  Projectiles fired at those behind the wall either automatically miss as the wind knocks them wildly off course (arrows, crossbow bolts, etc) or receive a penalty equal to [dice] to hit (missiles, bullets, etc).  Larger projectiles such as flung boulders are unaffected by the wall.

Additionally, those within 10' of the outside of the wall when it first appears must save.  On a failure, they are blown backwards and take [dice] damage if they are in an open space, or 1d8+[dice] if they could be blown backwards into something hard enough to damage them (rocks, a tree, a person with a spear, etc).  Those who attempt to get close to the wall from the outside must also save or be blown away and take [dice] damage.

You speak aloud and Reality will rearrange itself to suit your whims.  You can wish for anything you can imagine, but here is a note of caution: Reality does not like to be changed and will always choose the route that causes it to change as little as possible.  So be careful with what you wish for.

The Referee should feel free to describe the effects of the wish as they feel are most appropriate.  At times, it may be desirable to grant the player exactly what they ask for, and at others it may be appropriate to twist the wording of the wish to destroy a person.  Do as you see fit.  Also, it should be noted: DO NOT give this ability to a player if you are not prepared for it.

If cast with 3 [dice] or more, each creature besides you may also speak the Activation Word.  Upon doing so that creature, and only that creature, will be teleported back to the location.

Make a melee attack.  On a hit, the creature takes an additional [sum] psychic damage.  Do not add this damage until the hit is confirmed, it does not count for the purposes of attacking.  This creature must also save, on a failure it becomes frightened and will want to flee from you as quickly as possible.  On each of its turns, with the exception of the first after being hit, it may save.  On a success, it is no longer frightened.

You may select a cubic area with sides equal to 10*[dice]'.  Alternatively, you may select [dice] rooms if you are in an enclosed space.  No creature within the indicated space may tell a willful lie.  They can still deceive, omit information, phrase things carefully or refuse to answer questions, but they cannot lie.  Things that a creature believes to be true, but are factually false, do not count as lies as long as it is a sincere belief. 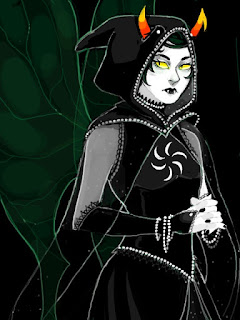