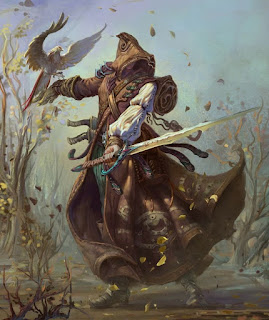 D&D attribute scores are cool.  As a concept, I like them and think they're neat.  Additionally, the system they provide is sleek and elegant- if you need to do something, consult the most relevant attribute, roll 1d20 and add your modifier.  If you roll well enough, you succeed.  If you don't, you fail.

That being said, there is a problem with these six numbers.  They were never designed to do that.

As smarter people than I have pointed out, the problem with D&D's ability scores are not all-encompassing, even though they are all used that way.  That's why you sometimes get strange things like Perception being under Wisdom, Charisma being treated as a blank check for rascally or mischievous behavior, or Intelligence being a glorified Hint or Lore dump button.

As such, I've been thinking long and hard over, based on what other people have said and changes that others have made.

For example, the Angry GM removed Intelligence on the basis of it is impossible to role-play as someone more intelligent than yourself without the Referee just giving you the answers or letting you make die rolls to come up with ingenious plans.  That's not interesting or satisfying, nor does it give the players more interesting choices.

And while removing something like Intelligence is a good step, as it neatly side-steps the old "Intelligence or Wisdom" debate that has plagued this system nearly as long as Alignment debates have, it is a bandage on a gaping wound.  So I decided to operate and see if I could come up with a better solution.

Strength (STR) governs exactly what you think it does.  Climbing, lifting, doing pull-ups and etc.  If your class doesn't give you an automatic damage bonus, add your STR modifier to melee attacks.

Charisma (CHA) governs how charming or personable you are.  When making a Reaction roll in a social situation, if the Referee determines one is required, he should add the player's CHA modifier to the roll.

It is my humble opinion that you should not have social skills, such as Diplomacy, Intimidation or etc in your game.  It is boring and uninteresting.  Instead, have the players just role-play their characters while you role-play the NPC.  If they manage to convince you, acting as that NPC, then they pass.  But if you're not sure or if the player(s) is/are not that good at speaking, but you think the NPC could potentially be swayed by that, make a Reaction Roll.

Here's a Reaction table from First Edition, modified by me, in case you don't want to make your own. 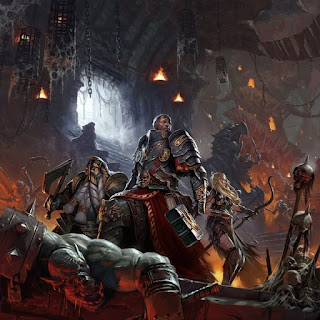 the cover of Warhammer Quest
By Yami Bakura at February 16, 2020