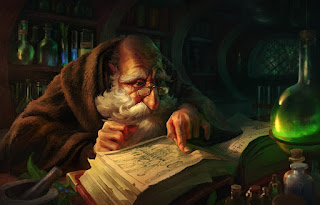 I love magic.  In fairy tales and ancient myths, I loved how the world was full of wonders.  Tales of faeries in the woods and dragons in the mountains, smoke curling out of their nostrils as they snoozed on piles of gold, they filled my mind when I was young.  Along with these I loved tales of chivalry and heroism, of knights and gallantry.  King Arthur was among my favorites, along with the gorier parts of the Old Testament, especially First and Second Samuel and Kings.  That was my favorite reading when I was a child.

As such, when I began running my own games, I wanted to bring forth that same spirit of wonder and adventure to my players.  But D&D fails spectacularly in conveying the magical elements of its universe, at least in some ways.  Everything is too sterile, too predictable.  The Vancian system, spell levels and all that serves to make the most mystical and wondrous thing in that fictional world, magic, identical to some kind of advanced weapon system.

Now these are not new ideas, others have described them far more eloquently than me.  See here for Esper the Bard's original critique, and Cacklecharm's essay.

As such, I have attempted to make most of my classes limited in their access to magic, or to make their magic stranger or have more hooks to bury the character into the world.  Paladins, for example, have magical abilities but they must adhere to their sacred oaths.  This is part of the reason why I have been so keen to adopt the GLOG system for spellcasting, it really does lend magic at least an element of unpredictability, of danger.

This is the next step, a Wizard without any spells at all.  I call them Sages, the name from Cacklecharm. 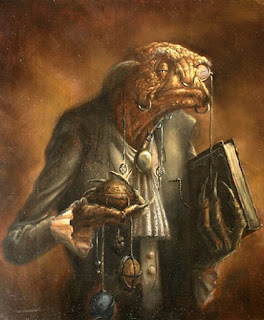 Sage
Starting HP: 1/3 Con
Fighting Spirit: +2 per Sage level, up to WIL score
Starting Equipment: Wand or Staff, Dagger, Bag of Alchemical components or book (can be on any topic the Referee approves of), Lucky charm or holy symbol

Research: You know a lot of things, but what you don't know, you can find.  If you have access to a library, an Archive, or any other vast resourvior of information (the Internet, an electronic Database), you may attempt to find the answer to almost any question.  For each day you spend there, you may roll 1d20, with a chance equal to your level that you find the piece of information you are looking for.  For example, you could be looking for the answer to the question "How do I kill the Demon-Tyrant Balrai?"

If you were a level 1 Sage, you'd have a 1-in-20 chance of finding the answer on the first day.  You also get +1 to your roll per day you spend looking and you may reroll your 1d20 roll once per day, if you have a keeper of this knowledge, such as an Archivist or Librarian assisting you.  If you roll a success, the Referee will provide you with an answer, though it may not be an answer you like.  Additionally, answers may be vague or misleading, but they will always contain some truth.  The Referee could tell you about a highly exaggerated account of the first time Balrai was almost killed, but he cannot lie to you.

Depending on the contents of the library, some things may not be contained within its walls.  If so, you will know after 1 day of searching.  If you speak to one of the keepers of that knowledge, they will be able to offer you a clear confirmation or denial of whether or not the knowledge you seek is contained within, unless they are under orders to lie.

Wand and Staves: You know how to use Wands and Staves and can use them.

Sense Deceit: If you believe someone in a conversation is lying to you, you may take an action to observe them and roll a WIS check.  They must make an opposing check to bluff you, using CHA.  If you roll higher then them, you can tell if they are lying to you or not.

Detect Magic: If you are looking for magic, magical items or tracking a magical creature, you can make a WIS check.  The Referee should determine an appropriate DC based on how powerful the source of magic is, how recently it was here, if any other magic was used here, etc.  If you succeed on your Check, you can determine where a source of magic is or if it is still here.  If the source of magic was moved recently, you may be able to track it (Referee's Discretion).  Magic feels different to every Sage, to some it has a specific smell, to others it leaves strange marks in an indescribable color, while to others still it produces a strange, ringing tone that lingers, a tinny, echoing sound in the Sage's ear.

Detect Fracture Point: If the Sage takes an action to look at a creature, object or proceeding, he can determine what the Fracture Point of that thing is.  For example, if he uses it on a magic ritual, he will be able to discover that if the dance is interrupted or the vessel dies or the fires are extinguished, the ritual will fail.  Similarly, if he is fighting someone, and uses this ability, he might discover the old soldier he is fighting has a bum knee that pains him, and attacking it could disable the soldier for minutes, if not hours.

Substitute: If the Sage is performing a ritual and doesn't have the time, materials or simply cannot execute one of the Ritual's steps, the Sage can attempt to use a Substitute.  This Substitute has to be similar enough- such as using a yearling instead of a human toddler, or white candles instead of red.  The Substitute has a 1d10% chance equal to the Sage's level of working.  If it doesn't, roll on the Ritual Failure table as per usual.

Omen Sense: The Sage can sense when things are different, odd or changing in the world's spiritual ecosystem.  If the Sage sits and meditates, he has a chance equal to his level each hour to be able to sense fluctuations in the winds of magic.  These fluctuations indicate portentous or important things, such as a large battle, a Dragon or a Great Sorrow awakening from hibernation, the crowning of a new King, the upcoming birth of a Messiah-figure, etc.  He can also sense when Outsiders cross the threshold into our universe, provided he is close enough or they are powerful enough.

Additionally, if one of these Omens is sufficiently powerful, it may strike the Sage without him looking for it.  For example, if you are sleeping in the valley beneath the volcano lair of Gorranus, the Great Wyrm and he wakes up from his 1000 year slumber, you'll probably notice, regardless of whether or not you meditate.

Unconscious Clairvoyance: Your soul has grown tendrils, which reach out into the minds of others nearby, scooping up forgotten thoughts and idle musings.  You should be considered to know almost everything that the other members of your party know, though not their secrets.  Additionally, you will not know their skills or detailed knowledge, but you will know what they are thinking about at the moment.

Essentially, if the Referee tells another party member something based on their background or specific knowledge, you will know this too, even if you are not there.  For example, if the Scoundrel recognizes the tattoo on the assassin as matching the one worn by his serial-killer father or the Fighter recognizes the martial technique of his opponent as belonging to a rare technique only taught in a specific region, you will know both of these facts.  You might not be aware of the significance of these facts, but you will know them.

Sight Beyond Sight: As True Sight/Wizard Vision.  You can see magic, invisible things, the true forms of shape-changers and things as they truly are.  To your eyes like this, a coward is smaller and dirtier than he normally appears, rat-like, more vermin then mortal.  Meanwhile, a virtuous man glows with inner light, his blood blazing like molten iron, shining through clay flesh.  You can also see emotional or magical scars on people's souls using this Sight, so you can tell if someone is cursed, blessed or has been possessed.

Lidless Eye: Your soul has grown vast indeed; and it is hungrier than ever.  You seek and absorb knowledge like you are driven by a compulsion.  Your soul's extent is so great that it spills out even more than it already did, absorbing information from the environment like a sponge soaks up water.  For game purposes, you can "hear" everything the players and Referee say as table-talk, but non-game terms are filtered out as things beyond your comprehension.  What "Pizza Delivery" and "[Insert Pop Culture Reference here]" mean are forever beyond your understanding, but you can hear everything else. 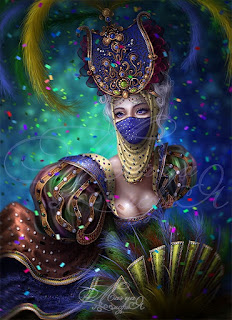 Sages fill the normal role a Wizard would, but they do not have spells.  Instead, Sages must rely on their cunning, their weapons and their research.  Sages do not start with magic, but they could learn how to acquire it for themselves.

How to get some magical mojo of your own:
1d6
1- Learn some Rituals.  All it really requires is the knowledge, the right materials and a few friends.
2- Find and Acquire one of the Secret Names of God.  These are either floating around in the minds of Prophets, in Temples, Dungeons or attached to a Deity.
3- Sell your Soul.  You don't have to sell your actual soul, but you get the idea.  You can strike a bargain with a a spirit of the otherworld to give yourself superpowers.  This is the fastest option, with the least effort up front.  Just make sure you read the fine print, and keep your patron happy....
4- Alchemy.  Potion brewing is like performing rituals, except even easier, though much more expensive.
5- Artifice.  As potion brewing, but even more expensive.  Also, you really need to know an allen from a socket wrench for this to be a viable route.
6- Find or make a Wizard Weapon of your very own.

What to do with Sages:

- In a low-magic campaign ala Dark Sun: There are no Wizards, only Sages.  Sages themselves either use Wands and Staves or Guns with non-magical bullets as their primary weapons, depending on DM preference.  If it's more Conan, then I'd use the former.  If it's more The Dark Tower, as in a world that has "moved on", I'd select the latter.

- In Sea of Stars: I'd make them like Jedi, essentially.  I'd give them weapons from "a more civilized era" that only they could use, and one starting piece of magical knowledge, such as a ritual, a magical language, a potion recipe, an Empty-Man's name, etc.

- In Those who Know: There are Wizards out there, but the players cannot become Wizards.  I guess I would just stick them in there, but that might be stepping on the Investigator's toes.  Then again, I'm sure most players would prefer to play a pseudo-Wizard then a Detective.

I'm not sure about Eldritch Americana or Nukaria.

What I wouldn't do: Throw Sages into a setting where Wizards are relatively common.  In such a place, the Sage is Luigi, forever playing second banana to his infinitely more popular brother, and rightly so.

At the same time, I am torn.  I have spent a lot of time with the Wizard and I am reluctant to abandon him.  As such, I will keep him, at least for some of my settings. 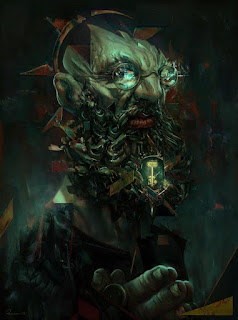