Some ideas borrowed from here.

I am reworking the list of playable classes for Those who Know, my urban fantasy/modern occult setting.  I have decided to limit the list to the five slasher movie archetypes described in The Cabin in the Woods, namely the Harlot, Fool, Athlete, Scholar and Virgin.  I will also be including the Problem, but they are a separate beast, a fifth, or sixth, column.

Some of these are obvious: The John Doe is the Virgin, the Allure is the Harlot and the Investigator is the Scholar.  There are others though, that are less obvious.  So for the Fool, I dug up a class I wrote but never published: The Gambler.

Wheel of Fortune: At the start of any combat, as a free action, you may roll 4*[your level] d20s and write down all the numbers you roll, then arrange them in a vertical list in the order you rolled them.  Instead or rolling your dice, when you need to roll a d20, just cross off the next number.  When you run out of numbers, roll like everyone else.

Underhanded Tactics: You can take an action to interfere with an enemy's action, if physically possible, reducing any 1d20 roll they make by rolling your weapon di(c)e and subtracting the result.

Counting Cards: On your turn, as an action, you can re-arrange your list of d20s as per 'Wheel of Fortune' as you see fit.

I'll cover you: If an enemy still manages to hit an ally or target you would prefer they do not hit, you may, if physically possible, interfere with the attack to reduce the damage done by your damage dice.  You may only do this once per round.

Deal 'em Out: You may give an enemy one of your d20s from 'Wheel of Fortune' so that when they would next roll a d20, they would instead use that one instead

Pay it Forward: Once per round, if physically possible, you may boost an ally's damage from a successful attack by your weapon dice.

On my Tab: As a free action on your turn, you may give any of your allies one of your d20s off your list, so that next time they would roll 1d20, they would use that d20 roll instead.

All In: On your turn, you may roll 1d6.  For that many turns, your d20 rolls are converted to coin flips or rolling a d2.  A success on these rolls means a critical success and a failure means a critical failure.  Critical successes succeed at anything that is feasibly possible in this situation (Referee's Discretion) and critical failures also incur additional penalties on top of failing to do what you tried to accomplish.

For the purposes of damage on a critical success, roll the damage dice twice and add them together. 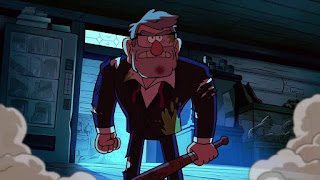