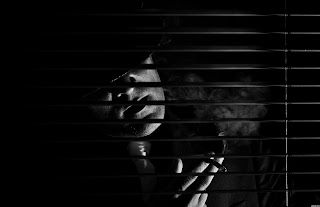 "Don't tell me why you're here, I know why.  Nobody comes to me with a normal problem, when I talk to a client, its always on the worst day of their lives.  Yeah, come on in.  Do you want coffee?  Of course you don't.  So what's the problem?  Tell me about your own personal apocalypse."

Some people just can't leave well enough.  They won't just accept what they're told, they have to consistently disregard the official narrative, and seek out what is really real.  After 9/11 they asked where Flight 93 was right after 9/11, and when the Iraq War was being pushed for, they asked where the WMDs were.  They are incorrigibly curious, with this being their greatest asset and fatal flaw.  Because some time when you go looking for the things that go bump in the night, you find them.

You are one of those people, someone driven to find the truth, no matter what the cost.  You may not find it, but you're going to look.  Unlike others who become invested in their opinions and seek to defend them, you are not interested in slinging mud, but in finding out what is real.

Additionally, you are also notable in the fact that you are not among your peers.  Most* of Those who Know are those people on the fringes of society, those who are looked down on or just ignored.  They're generally poorer, less educated, and likely possess no real status outside of their local community.  They also tend to be isolated individuals, but this is not a universal rule.  But not you.  Unlike your newly found comrades, you likely went to University, and have at least some higher education.  You are intelligent and generally knowledgable on most things a classically educated person would know.  You've read Shakespeare, you know about legal procedure, and you can do complicated mathematical equations.  You likely hold the official narrative in high suspicion, and are quite skeptical of the claims people make, unless they present proper evidence.  But this education can often be just as much of a weakness as a strength.  It is easy for a disillusioned, impoverished conspiracy theorist who already believes that Jews control the world and the U.S. government is killing black people to steal their melanin for sale on the "black" market that the supernatural exists.  But if you went to college and were accepted by society, such a pill is much harder to swallow. 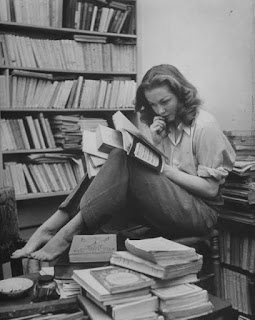 This is the Investigators, the thinker, learned class. They have two important roles to fulfill for the party.  Firstly, most of their abilities center around learning new information and helping to investigate mysteries.  This is fairly obvious from the name.  But their is a second, equally important role for the Investigator.  For unlike everyone else, they are a person with some gravitas.  They can help the party negotiate interactions with the elite of society, as well as with the authorities.  For Those who Know almost always draw the ire of the constabulary, either because someone powerful wants to harass them, or because they are genuinely taking suspicious or actively illegal actions.  In a situation like this, an Investigator can mean the difference between being taken down to the station and getting off with a warning.

So when someone is playing an Investigator, assume that the character is generally knowledgable on most things.  The player should not have to ask for valuable information or roll dice, you can just tell them.  Most of their knowledge should just work automatically.  Can the Investigator identify what language this letter is written in?  Do they know what this strange, acidic liquid is?  Can they remember what ancient culture used symbology like this?  Of course they can, they didn't spend a carload of money and years of their life hitting the books to be uninformed.  However, if the Investigator not knowing something could be dramatically interesting, then you may call for a die roll.  Additionally, when in a situation where such knowledge is critical, interrupt the Investigator and tell them what they learned in school, especially if they are about to trespass on some law or statute.  However, just because the Investigator knows a lot, doesn't mean they know everything.  Their education would not educate them on secret societies, shadow, mystery cults or anything that powerful people have gone to great lengths to conceal.

Educated: You know a lot about all kinds of technology, politics, religion, legal procedure and so on. You can be assumed to automatically know any fact or piece of information which would be known by a generally well-educated, well-informed person. Whenever you come across a situation which calls for more specialised knowledge, roll 1d20: if the result is equal to or less than your Intelligence, you know the answer.  Note that this will not let you penetrate the Masquerade or learn about anything deliberately concealed.  But you probably know more than most of your peers.

Paralegal: You have a broad amount of knowledge on the law. You could competently represent yourself in court, though you lack official license to practice law.  You automatically know not to write down illegal activities, when to ask for a warrant, and could defend yourself in a secular court, though you don't have a lawyer's official qualifications.

Literary Memory: You are so good at memorizing and quoting books, that you have a "mental bookshelf" that can hold one book per level.  You gain one book when you first get this ability, and then one more per Investigator level.  You can pick a book on a specific subject or a general field of study.  If it is the former, you know almost everything about that subject.  If it is the latter, you get +4 to any knowledge checks about it.

Blather: If every questioned about your whereabouts or behavior, you can rattle off a long list of scientific terms or bureaucratic jargon, to try and convince whoever is questioning you that you possess some legitimate reason to be here.  An expert or person educated in that field will realize what you say is complete nonsense, but laypeople will have to make a knowledge check to recognize that's its nonsense.  If the person you're addressing comes from a radically different field or situation than you, they may get an additional penalty to their check.

Theoretical Physician: You have a largely theoretical knowledge of physiology and biology.  Whenever you make a check to heal someone or tend to wounds, you can automatically give yourself advantage X times per day, (min 1) where X is your Cognition modifier.  Additionally, if you take care of creatures who are recovering from Horrible Wounds, they can subtract 1 day from their total recovery time.

Well-Read: Once per session, you can declare something is to be true because you read it in a book. The base chance of the thing actually being true is 50%. There has to be a plausible way you could know about it from reading books (new discoveries, minor details, and personal secrets are unlikely). You don't know whether or not it is true right away; the GM will roll when it matters. You might only be partially correct, but you will never be catastrophically wrong. If you declare that a undercover cops have to answer you if you ask them if they're a cop, they will either have to or not have to. However, asking an undercover cop if he is actually a cop will not be a crime. If you have access to a library of 50 books, the base chance increases to 80%.

Don't need my spectacles: Once per day, you can make an attack with double your usual to hit bonus.

Just his Council: Enemies are less likely to judge you as a threat and will put less effort into guarding you, attacking you, and will generally overlook you as an unworthy threat, as you are "Just here to give my opinion on Geo-thermal engineering, Sir."  This does not apply if you prove yourself competent and dangerous to them.

Shatter Point: You can spend an action to look over an enemy and find out where they are most vulnerable.  The next time you deal damage to them, they take +1d12 damage.  If you use this ability outside of combat, then you can learn if someone is hiding a secret they feel guilty about, have an old injury, or learn their particular habits.

Legal Expert: Your expertise has reached nearly supernatural levels. Any issue of religious, secular, or natural law you challenge is likely to be decided in your favour, no matter what the case is, although there may still be arguments (or attempts on your life). You can also argue directly against ancient courts, Angels, Demons, Gods, or Apocalypse Prevention, Inc. and, often, win. 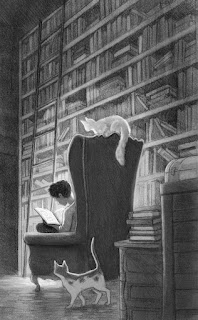 *Yes, in Those who Know (the setting, the one Gary vs Monsters and Apocalypse Prevention, Inc. are both included in) it is canonical that most of the super rich, owners of multinational corporations, and political leaders do know about the Masquerade and the truth it conceals.  However, they are expected to know, and thus not one of Those who Know.  Those who Know is as much a label as it is a status, and does not apply to the elite classes of society, generally.
By Yami Bakura at March 26, 2018