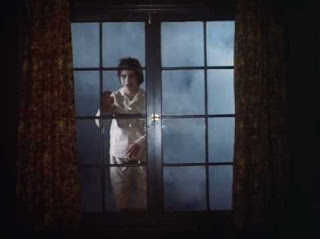 There was a story based off him, no doubt you've heard it, but the only man who ever saw him and lived was what we would today call mentally disturbed.  As such, the innocent tale of a boy who lived in Neverland is not quite accurate.  In fact, those who know the truth would describe it as completely wrong.

He comes in the darkness, floating down through the windows of the children.  He always kills the parents first- if they have them.  If they are orphans, they'll just disappear, the windows open and strange yellow dust piled up on the floor.  This dust is faerie dust, and evaporates in sunlight.

Pater Pan has stayed this young for this long because he made a deal with Tick Tock, the Dragon of Clouds and Time.  In exchange for the blood of children, Tick Tock maintains Pan's youth.

This is what the Lost Boys are for.  They are Pan's companions, his brothers-in-arms, and his part of the bargain.  Pan will bewitch children into coming to land in the sky where one never grows up, where adventure is eternal.  But this is a lie.  Anyone who comes to Neverland with Pan will continue to age normally.  So to preserve this secret, Pan isolates the older children, and then slays them when they get too old.  He then drains their blood, which he uses to make a delicious red jelly, which he feeds to Tick Tock.

After this is done, Pan then binds the corpse of the Lost Boy, and raises it with the same magicks Tick Tock used to extend his life.  Pan keeps these zombified creatures around as an ace-in-the-hole, one last card he can play if he exposed.  He has a secret dwelling full of zombified Lost Boys, where they cavort in endless play, their corpses endlessly repeating the same gestures over and over.  A group of dead Lost Boys play cards, and the hands are always the same.  The same one wins over and over, and still they continue.

Pan hates adults, and always kills the parents of his kidnapping victims.  He usually sends some Lost Boys to do this after he has spirited the children away, sometimes on the next night.  But sometimes he does the job himself.  In cases like this, Pan will sometimes raise the bodies of the parents as zombies as well, their blood wasted.  These are sometimes brought back with him to Neverland to guard the areas where the Lost Boys play, or other times told to hide in their homes and hunt anyone investigating the disappearance of the children. 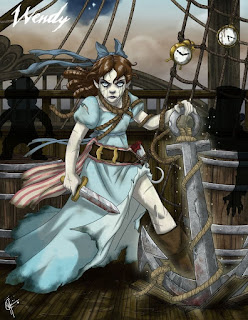 Pan usually kidnaps little boys, they are more pliable to his reckless charms, and more useful to his cause.  Some speculate that he has trouble killing little girls- though he doesn't seem to have trouble killing anyone else, so this is doubtful.  Either way, Pan will kidnap little girls, though he usually chooses little boys who have few or no siblings.  These targets selected are within the age range of 7 to 13, and usually no older.

However, their was one exception.  Once, Pan kidnapped a girl by the name of Wendy, who was 16.  And Pan, for his magically maintained age, has still undergone puberty.  As such, when he kidnapped Wendy, he became attracted to her.  But when Tick Tock warned him to be careful of her, and she tempted him with going back, he killed her, and gave her blood to Tick Tock, as she has never had sex or borne a child, and thus was still a girl in Tick Tock's estimation.

But afterward, when Pan reanimated Wendy's corpse, the body maintained a fair amount of power and autonomy.  The corpse is said to still be rotting today, and is Pan's closest ally.  It rules over the zombified corpses of the Lost Boys Pan has slain, and would rush to his aid if he was ever endangered.  The corpse of Wendy is said to possess many fearsome powers, but none have ever faced her in combat and lived. 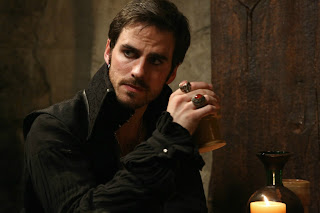 A man framed by history.  When his only daughter was taken by Pan, he spent his life trying to find her.  He chased rumors of Pan all over the world, eventually leading him to the boat of enchanted wood, the Simarillion, which then took him to Neverland.  Once their he spent decades trying to catch Pan and find out where his daughter was.  But Pan bested him at every turn, though Pan was never able to kill him.

But in the end, it proved a moot point, as Tick Tock finally became aggrieved enough to step in.  He slaughtered Hook and the majority of hook's crew, and wrecked the Simarillion. 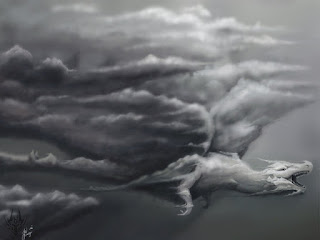 Tick Tock, the Dragon of Clouds and Time

A massive, ancient beast.  Tick Tock speaks all known languages and many long dead ones, though he is loath to share any of his accumulated knowledge.  But if you could pick his brain, it's likely he could answer nearly any question you might pose.  Tick Tock hoards two things- first, soft things.  Blankets, thick carpets, pillows, goose down, feathers, and cotton candy.  The second thing he hoards is babies.  These babies are completely normal.  When they arrive, they are placed into suspended animation, and Tick Tock spends much time just watching them squirm in their eternal sleep, dreaming happy dreams.

Tick Tock refuses to speak with adults who are not a part of his drakencult.  If you want to talk to him, you must speak through an interpreter, who is a child, or dress up like babies and pretend to be children.  If that fails, he might have the Three Blind Maids turn you into children.

Tick Tock's breath weapon is Liquid Time.  He blasts either a fine mist or a powerful jet sufficient to flatten someone and strip bark off of trees.

Tick Tock's Drakencult is made up of matronly women who take care of the many babies in Tick Tock's hoard.  They are lead by the Three Blind Maids, a trio of women in grey dresses with thick sunglasses.  They are all spellcasters, and maintain the suspended animation tanks that keep the babies young forever.


Tick Tock is named as such because when he was younger, he swallowed a clock.  The clock continues to tick inside him, and is audible to anyone within 50'.  As such, Tick Tock automatically fails all attempts at stealth.

Additionally, Tick Tock is powerfully delusional, just like all Dragons.  He believes that the nature of the world is that all good things are perverted, corrupted or destroyed.  As such, he believes that he is destined for destruction, and fate is working against him.

Finally, Tick Tock's treasure is cursed.  Not that you're likely to steal his soft things, but somebody virtuous might try and rescue his babies.  If you take any of his treasure, you get cursed.  The curse is as follows: you age one year in a week, unless you kill someone and drink their blood.  The way you break this curse is by siring or adopting a child.

The Simarillion, Captain Hook's ship, was recovered by his surviving crew, who now use it to sail across the sky and between the stars.  They occasionally return to Earth to steal supplies and kidnap women to serve as brides.  Most of the crew is now the three to four generations removed from the original crew, but they still carry on the original mission of Captain Hook.  Though now instead if rescuing Wendy, they are instead trying to kill her, along with Pater Pan.  They all fear Tick Tock, who is supposedly trying to find them, to finish what he evidentally failed to do last time.

Captain Hook's sword, a cutlass named Redemption, fell to earth.  The sword is said to grant one bonuses when fighting either children or great, scaly beasts.  His hook is also said to be magical, though its powers vary.

Pater Pan casts no shadow.  This is because when Tick Tock granted his wish, the shadow was torn off of Pan.  The shadow wishes to return to Pan, and knows a great deal about what is happening on Neverland and in the world.  And if rumor is to be trusted, if the shadow were to be rebound to Pan, then he would become mortal once again. 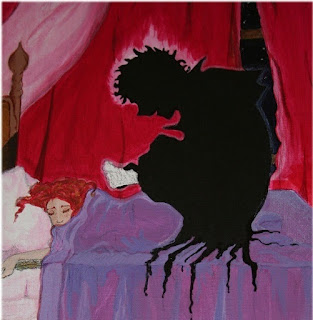