A new campaign idea.  I'm stealing it from a book included in the Lamentations charity bundle.  Here's my take on it. 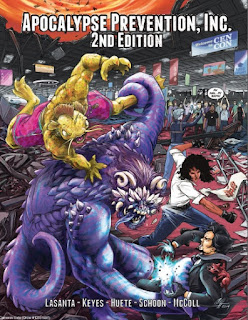 There is an organization that does not exist.  It is staffed by people officially employed in a number of shell companies, those declared dead in accidents or terrorist attacks, or strangers wearing false names.  This organization is tied to every major government in this world, and is entrusted with the sacred task of protecting humanity.  All Presidents, Prime Ministers, and high ranking members of the Intelligentsia and the Corporate World know of their existence.

This organization was originally founded in 1350 in the midst of the Black Death, recruiting a number of key knights, lords and kings from all across Europe, and uniting them under the Authority of the Church.  And while the organization has fractured and radically changed since those days, it still carries on the original sacred mission handed down from the Bishop of Rome.

<lore>
The organization was originally unified, but then split during the Protestant Reformation into Protestant and Catholic halves.  The Catholic conservatives remained as they had since their founding, and became the Order of Saint Philomena.  The Protestant sympathizers split off to form their own parallel organization, which eventually became Apocalypse Prevention, Inc., otherwise known as API.
</lore> 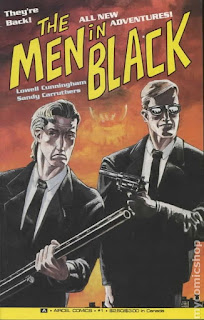 Their primary mission is to prevent the extinction of the Race of Adam, by any means necessary.

In more modern times, starting after World War II, they gained another one.  Suppress the knowledge of non-human intelligent races, Demons, magic, and other things put under the ban.  This ban and total information blackout is commonly referred to as 'The Masquerade', as it has no official name.

Secondly, contain supernatural and extraterrestrial forces, and limit their effect on the world, and if such a task becomes impossible, to eradicate them.

Finally, their fourth duty is to maintain the peace between the many non-human tribes and factions, and prevent their warring from spilling into the streets, as well as prevent rogue humans from hunting non-humans.  This is perhaps the duty they are least effective at, largely out of the fact that they simply do not have the resources to do so.  So low-level fighting goes on between all the non-human tribes, and rogue human elements on a near constant basis, but it is all kept as quiet as possible, with no one wanting to involve the organization in private squabbles.

Your History is a myth, perpetuated for the common survival of the world order at the bidding of the API.

API are not the good guys.  They will use any possible tactic to maintain the Masquerade.  Blackmail, bribery, subversion, even assassination and murder.    Their modus operandi, when someone has irrefutable proof is to abduct or kill any witnesses to a supernatural event, and to slaughter the monster or thing responsible.  And while this is grizzly business, letting the masses of humanity learn about the monsters they share the planet with would be a disastrous, and probably lead to World War III, except instead against nations, it would be a civil war of humans vs Demons and Monsters, in their own lands.  And in a world with thermonuclear weapons, that could not end well.

The Rights and Powers of an Agent 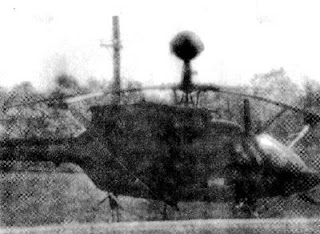 Each Agent has the responsibility of upholding their oath to the Organization.
Any betrayal of this oath or an attempt to reveal information about the internal structure, nature, or existence of API is an immediate death sentence, as is going AWOL, and other forms of sedition or treachery.
In case of an infraction not permitting immediate execution, the Agent has the right to a trial.  If an Agent feels that their superior (Director or Agent in charge) cannot be trusted to be impartial, they may appeal their case to The White King.

Carving up the world 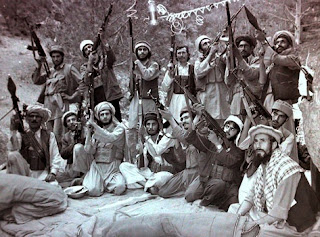 (Afghan Militias preparing to pick up where the Soviets left off)

API is not a worldwide organization, though they have a global presence.  They maintain the Masquerade and the Peace in The United Kingdom, The United States of America, Canada, Japan Australia, Vietnam, South Korea, and South Africa.  The Countries at the top of the list are the safest and most stable, and the further down the list you go, the more volatile the situation becomes.

The Order is still around as well, and they protect Continental Europe, Sub-Saharan Africa, Latin America and South America.  However, unlike API, The Order has only tacit permission from government organizations.  They instead operate wherever the Catholic Church has influence, and draw upon the resources of the faithful.  The Order and API have bad blood going back many, many years, and both these organizations have long memories.  Fighting between these two organizations has occurred in the past, and isn't supposed to happen anymore.  It most likely still does, though under the official condemnation of the White King and the Prince of Rome.  However, anyone who enters the other's territory without explicit permission can expect retribution of the most vicious kind.

The Muslim World falls under its own Masquerade, which is divided between Shia and Sunni spheres.  And while more ostensibly "Christian" nations allow Demons to exist, provided they observe the Masquerade, many sects of Islam prohibit Demons of all kinds, and are strictly Monodominant, believing Humanity alone deserves to inhabit the Earth.  Chief among these Monodminants are the Wahhabist Saudi Arabians, who indiscriminately hunt Demons and have been trying to purify their country since its founding.  However, Demons almost certainly still live there, buried in the most remote and secret corners of the Kingdom.

Other nations fall under their own national Masquerades, such as China, Russia, and India.  Israel and North Korea also technically fall under this category, though they probably deserve their own posts.
By Yami Bakura at January 13, 2018