GvM: Those who Know 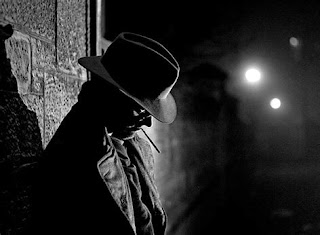 "Look I know the supernatural is something that isn't supposed to happen, but it does happen."

Most humans are blissfully ignorant about their own world.  Namely that they do not know it is not their world.  For while their world is not inhabited by monsters, mutants, freaks and worse, those creatures very much inhabit Earth.  But because of their ignorance, they are protected by the Masquerade.  A few humans might be captured and killed by non-humans every year, but it is a rare occurrence for a non initiated human, a Normal, to be attacked by the paranatural (paranormal + supernatural).  So while that is a tragedy, the odds of a Normal being attacked by a member of the Paranatural Community is similar to your odds of being struck by lightning.

Other humans, those who Know, they work for Apocalypse Prevention, Inc. or serve the company in some way, and thus fall under the protection of the Peace.

But there are others.  If you Know but do not serve API, you are neither ignorant nor protected.  This s a precarious position to be in.  Those who Know is what they, what we, call ourselves.  Humans who have seen the true nature of this world, and realized how they were lied too.  If you see something supernatural and don't believe it, you are not considered one of Those who Know, though such a person is so rare they basically do not exist.  But for Those who Know, they realize everything they were taught their whole life was wrong.  Some snap under the strain.  Some die quickly afterwards, charging into the fangs of the horrible foe before them.

But for those who retain their lives and their sanity, they will find where they are has been surrounded by cops, and a mysterious person or group of people will show up.  They will usually, but not always, be wearing black suits and ties, mirrored sunglasses and polished shoes.  They will not identify themselves.  They will ask you what happened here, and then they will tell you what happened.  A monster attack will be covered up as mass shooting.  A magic spell is an equipment failure, an otherworldly incursion is a terrorist attack.  They will demand your cooperation.  In exchange, they will hide your names from the Media and dissuade anyone from looking too deep into your background.

You have just been inducted into the Masquerade.  And after that, your life will change.  No one knows why, but you will start seeing things.  A cop who pulls you over will have horns when he's in his police cruiser, but when he walks over to you, you will see he's just an ordinary man.  Sometimes, when in the bathroom, you will see someone else looking back at you.  That other person will take no notice of you, and continue preening themselves.  No one knows why this is, but there are theories as to why this is. 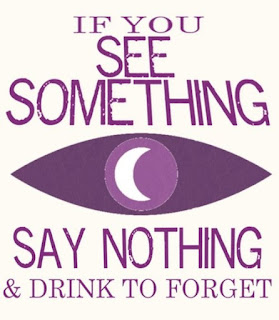 The Masquerade and the Peace

The Masquerade is simple to understand.  Do not talk about what you have seen.  The Company does not wish such things to be talked about.  And if you do, the Company will find you.  They might not at first, but they will eventually.  And when they do, the best you can hope for is getting thrown in a cell and never being seen or heard from again.  So keep your mouth shut, okay?

The Peace is a little more complicated.   The Peace is the prohibition on all fighting between humans and their monstrous neighbors.  It is the responsibility of The Company to enforce the Peace, along with the Masquerade.  However, the task The Company has been granted is too great.  They can barely enforce the Masquerade, much less the Peace.  So 'prevent all warfare between humans and monster's has become 'prevent all public warfare', at least in practice.  The Company simply does not have the time or resources to investigate every conspiracy theorist who was right and got eaten for his troubles.

So, be careful.  We're all alone out here.  The Company considers us a liability at best, and considering the amount of secret cloak-n-dagger nonsense they're up to, they aren't around most of the time.  And most monsters will regard you as the face that belongs to the boot stamping on their face.  So find yourself a support group for the trauma, get yourself a gun or three, and find some friends among Those who Know.

And trust us when we say you're going to need all the help you can get.  This world is more dangerous than you can imagine, and now that you've woken up, it has only gotten more dangerous.  We'll try our best to help you, but we got to look out for ourselves.  I only have what resources I and my friends were able to pull together.  So keep your head down and your nose clean, and stay tuned, and I'll bring you nuggets up to speed as soon as I can find a minute to publish the rest of my notes.

So, survival.  It will be unimaginably hard.  The hardest thing you've ever done.  But in the end, what choice do you have?

And if you are freaking out, just take a deep breath and remember, Babylon Prevails. 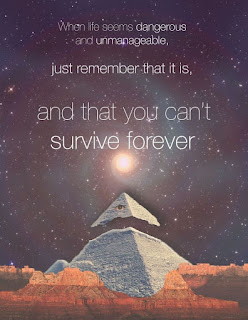 This is Gary vs Monsters.  It's the sister setting of Apocalypse Prevention, Inc.  It's the same world, from a different perspective.  Instead of being the Agents of the all-powerful conspiracy that secretly runs the world, you are an ant trapped between them and all the non-humans they've been oppressing.  Instead of having magic powers unique to you and being special enough to save the world, you are just trying to survive.
By Yami Bakura at January 31, 2018