This is a file on the major staff of the Croshaw City Field Office, State of Illinois, United States of America, North American Operational Region 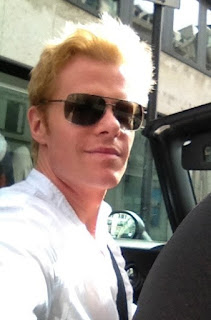 Ability-
Donovan's blood and bodily fluids gain a mind control property. Anyone who comes into contact with it must save, +Power.  If the fluid gets into an open wound (DM's discretion), +(2*Power) to the save.  Anyone who fail their save fall under Donovan's control and will obey his rulings.  Donovan does not know how many his ability has infected or what they are doing, just when they have apprehended their target.  Donovan can give one order, but to (Development Potential) words to the infected, and they will pursue it in the simplest way possible.  The infected are about as smart as zombies, but they still feel pain and possess some survival instincts.  They can't recognize a complex trap, but they won't walk off a cliff.

Peerless Scarred Agent-in-Charge Charles Donovan is the commander of this field office.  He has approximately thirty agents under his command, not counting Chasteners, Detectives, or Agents assigned to the RRF.  He is an even-handed, generous boss, fatherly and paternal, but also stern and unforgiving.  However, this is just a carefully constructed facade.  Donovan is actually a class-A psychopath, and will throw you under the buss to save his own hide in a second.  He's also not above a little collateral damage, as long as the job gets done. 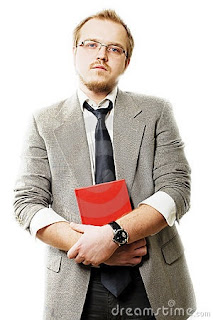 Ability- Smallwood can inflict pain on a creature by blasting a laser out of his eyes or hands.  This ray attack is made at 1d20+Precision.  When struck, the target is wracked with incredible pain, and must save or collapse onto the ground in spasms.  Even if they succeed, they get -1 to all attacks, ability checks, and saving throws for 1 rounds.  If Walpole chooses to, you must save a second time or go temporarily insane.

Agent-Chastener Robert Smallwood has 10 Chasteners directly under his command.  He also has two Gaolers, though they are rarely seen outside of the secure zone, where dangerous things are kept.   Smallwood is a small, weedy man who seems unsuited for his task as chief torturer.  However, those who know him find his cold exterior to be matched by a freezing interior, one dulled by years of cruelty.  Smallwood doesn't hate you, or anyone.  He barely feels anything anymore. 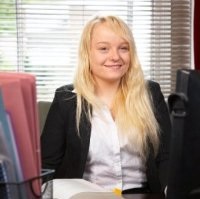 Ability- Walpole can turn herself or an object invisible.  She has to be able to touch the object to make it invisible.  While people can't see invisible objects, they can still see where it is held, or any sounds it makes.

Agent Detective Lucy Walpole has 20 Detectives, all deployed in a vast web.  Agent-Detective Walpole spends almost all of her time in her office, reading reports and constantly monitoring the massive inflow of data her position demands she reviews.  She is famous for being a woman of limitless energy, limited patience, and for seemingly never sleeping.  However, Walpole is not a Peerless Scarred, having seen little combat duty.  She's an office jockey, though she's not so proud that she feels her job is ignoble.  And while none would doubt Walpole value, very few would ever want her near a combat situation. 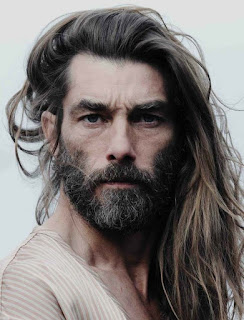 Ability- All within range must save.  The save is made with +4 to the roll.  For any who miss, their next attack against Ramsey automatically misses, and strikes someone they'd rather it not hit.

Peerless Scarred Derrick Ramsey is the Commander of the RRF (Rapid Response Force).  He has only four other Agents under his direct command, but they are among the strongest and most battle hardened in all of Illinois.  Agents from rough country would certainly find the common Agents of Croshaw easy pickings, but Peerless Scarred Ramsey's Agents would give even those from the hellscapes of South Africa and South Korea pause.  Ramsey himself is immensely strong, his mastery of Chi have only ever been matched once, by Peerless Scarred Daniel Stone.  The two of them had a somewhat once-sided rivalry in the past, but now Ramsey and Stone are not exactly friends, but no longer rivals. 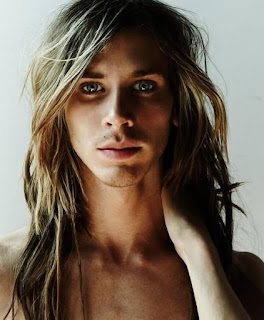 Ability- Any who attack Stone and miss will suffer retribution.  The energy of their blows is absorbed by the ground or any surface around him and is propelled back at them in a number of attacks equal to the ones that missed.  These attacks are made at 1d20+Precision and do equal damage to what they would have done to Stone, had they hit.

Daniel Stone is a grumpy, mercurial Agent, who was recruited during the miserably failed MK Ultra project.  He is known for his mood swings, his dislike of crowds, social interaction, promotion, material things, malls, beaches, and people in general.  Stone is a small, slender creature, with a shaggy mane of long blond hair, and piercing blue eyes.  He is easily in his fifties, yet doesn't look a day over twenty five.  Despite his relatively low rank, he has an extremely strong ability, and could have easily risen much higher, if he wanted to.

The players.  I wrote about them here. 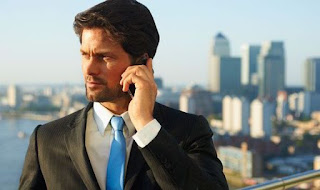 Ability- One object Darcy touches becomes empowered with his mana, and launches at one target he can see.  It moves as if it rolled 1d20+Speed for its initiative, and attacks with 1d20+Precision to do 1d6+Power damage.

Darcy is a Kentuckyian, a proud Southerner, and a secessionist.  He loathes the United States government, and wants his State to secede from the Union.  He has a reputation for being racist, but this largely unfounded, as he doesn't seem to have a problem with anyone as a group, even with Xenos.  While some might hold this against him, Darcy is also very good at what he does.  He doesn't have a lot of talent, but he's worked his ass off ever since he was recruited in the mid-90s.  He has tried to become a Peerless Scarred twice, with the scars to prove it.  However, he's failed the test both times.  Still, he hasn't let it get him down.

These guys probably deserve their own post.
By Yami Bakura at January 23, 2018