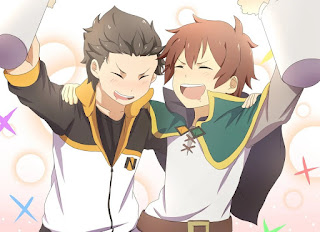 They come from, somewhere else.  They generally do not speak any language you do and often come from cultures with different value systems, if not ones that are outright alien.

1d6
1-3: Human.
4: An exotic race you have seen before, but is rather rare.  In Nukaria, this would include such things as a 1d4 [1= Cherub; 2= Fetch; 3= Half-Dragon; 4= Tiefling/Aasimir/Genasi.]
5: A creature that you might have seen, but one that behaves differently.  A 1d3 [1= "Iron Golem", actually an intelligent robot a la Warforged; 2= An intelligent Undead; 3= A known monster but with stats and background based on the lore of another universe- for example, a Dragon from Ms. Kobayashi's Dragon Maid showing up in Centerra.]
6: A race you have never seen before.  Select one of these, but keep it within 1 size category of the average size of sentient species on this planet.

He came from a world that was...

His Incredible ability, if he has one, is...

1d8
1- He can regenerate, recovering 1 HD a round.  He can regrow severed limbs in a day or reattach them if he spends a round holding them to his stump.
2- He can teleport freely.  The Isekai Freak can teleport anywhere within 1d4 [1= 30'; 2= 50'; 3= 100'; 4= Visual Range] as a free action.  He can do this every 1d4 rounds.
3- He can boost the power of his spells.  Once every 1d4 rounds, he can roll Mana Dice and instead cause those dice to roll the maximum.  This does not trigger Chaos or Corruption for him.
4- He has a Specific Death Condition.  He cannot be killed unless 1d6 [1= His head is cut off; 2= His heart is removed from his chest; 3= He is mutilated and his body parts are separated; 4= He is poisoned- though the poison must be strong enough to kill him; 5= He is killed by fire; 6= He is buried alive.]  The Isekai Freak knows about this weakness of his, though he probably won't advertise.
5- He is immune to 1d3 [1= Sharp; 2= Bludgeoning; 3= Random Elemental Damage (1= Fire; 2= Ice/Cold; 3= Lightning; 4= Acid; 5= Thunder; 6= Necrotic; 7= Radiant; 8= Force).]
6- He can shapeshift into any creature or type of creature that he has tasted the blood of.  His stats change to whatever the creature he transforms into is.
7- Instead of HD, he has a Damage Threshold of 1d4+3 and a matching number of SHP.
8- He can deflect magical attacks back at the attacker, as long as he can roll higher damage than [sum] of their spell.  He can also do this for effects that require only a saving throw.

1d4
1- A paragon of virtue.  A truly heroic soul.  Stubbornly righteous.
2- Good, but hampered by (1d4) serious flaws that drag them down repeatedly.  Example flaws include hubris, perversion, greed, misanthropy, cowardice.
3- Amoral or evil, pursues own goals with no regards for others
4- Neutral, only pursues survival, will not help but will not harm either.

1d4
1- Stupid.  He is easy to fool and will fall for most tricks or traps, provided they aren't obvious.
2- Smart, but often makes bad decisions because of personality flaws.  He is greedy, or lustful, or too ambitious for his own good.
3- Highly intelligent.  He does have a blind-spot, but it's hard to exploit.
4- A Genius.  The Isekai Freak is 2 steps ahead of you the entire time.  He is very hard to outmaneuver.

The Isekai Freak is accompanied by...

The Companions to the Isekai Freak are his or her...

1d6
1- Sexless Harem.  Each Companion has a 90% of being in love with the Isekai Freak, but for some reason (cowardice, other rivals, his/her obliviousness) has failed to make the Isekai Freak aware of this fact.
2- Traditional Harem.  The Companions are all the wives/husbands/lovers of the Isekai Freak.
3- Polycule.  The Companions are all in romantic and sexual relationships with each other.  Their social dynamics are more complex than the concert of Europe and require about as much skill to manage.  If the Isekai Freak isn't a genius or super moral, there is a massive amount of resentment and simmering tension.
4- Friendship with 1d3* Love Triangles.  As above, except there is almost no actual romance going on, as everyone is too busy trying to get the one member of the group they like to notice them, while the object of their affections doesn't notice the former.  The amount of resentment is pretty much the same.
5- Friends.  They're just friends.  Damn good friends, even.  And though they don't have a hierarchy, everybody instinctively understands that the Isekai Freak is the top dog.  Unless the Isekai Freak is 1 HD, in which case, he is not.
6- Master-Servant.  The Isekai Freak is the leader of his companions.  Depending on his own degree of competence, he may be a good leader, or he may be leader in name only, with the Companions merely humoring him, while one of them actually calls the shots.

*Adjust as needed depending on the number of members 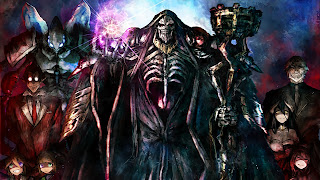