GvM: Do not Meddle in the Affairs of Wizards 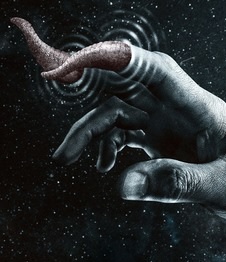 Magic is a mysterious force in our universe.  No one really understands it, and those who claim to do are liars.  Magic eludes understanding, it is too mercurial to submit to any force or law, especially the laws of logic.  This is not to say that magic is illogical, it may obey certain laws, but whatever they are, mankind was never enlightened on them.  But certain things are known- firstly, that certain actions when done in certain ways can invoke a result that draws the power of magic into the more conventional reality we call inhabit.  This process is usually accomplished through rituals, but it can happen under rarer or stranger circumstances.  The second thing we know is that certain people can innately tap into the power of Magick, molding reality to their whim.  For your convenience, I have included a handy chart.

Normals are the people at the bottom of the Scale.  They have no Magick and no awareness of it.  They are blind and blunt.  But this also has an advantage, in that Magickal things do not happen to them, except on rare occasions.  Those who are in touch with the force of Magick can manipulate it, but are manipulated in turn, tossed about by the blind thrashing of its incomprobable bulk.  But a Normal has no such problem, and will only ever encounter Magick if someone from higher on the scale goes out of their way to show it to them.

Those who Know are slighty above these people.  They have the ability to perceive Magick.  Slightly and faintly, with little nuance or understanding, but they are plugged in, so to speak.  Most of them lack any Magickal ability, but they can cast Rituals and use Magick items.

Those who have endured the Rite of the Iron Maiden are people who either had their own latent Magickal talent awakened or were elected to have some talent, based on the Rite they endured.  This includes the Agents of API, of course.  The survivors of the Rite can do all those below them can, plus they can manifest their own abilities.  These abilities usually manifest as a Semblance, a spiritual entity that is an embodiment of their soul.  This Semblance has a special power that it can use as will, and if needed, can manifest bodily to alter the physical world to its producer's desires.  Semblances range in form and power, and always reflect some aspect of their producer's personality.

Alices are like those below them, but they never needed to have their Magickal Talent torn from them.  They were born odd and strange, with unconscious powers that are only now manifesting.  Alices were born with their Semblances, and can use them better than any artificial produced Semblance-Master.

Then, their are the Magelings.  Magelings are near the epicenter of Magick, possessing not just the ability to automatically produce a Semblance, but Magelings can do one better.  They can cast spells, weave wards, commune with ghosts and tell fortunes.  They have more power than most people, but they are still mortal ultimately.  They require wands and rituals, circles of chalk and animal sacrifices to produce anything truly nominal.

And then, there are Wizards.

Wizards are not on the scale because Wizards do not have talent.  Wizards do not tap into Magick, they are Magick.  They need no spells or incantations, they merely state their request, and the universe rearranges itself around them to accomodate their desires.  I wrote about them here, but there is more you should learn about Wizards.

All Wizards have the ability to control one Element innately, bending it to their will.  It is unknown if this some fact of birth and no two Wizards have the same Element, or maybe this is some kind of gimmick that the Wizards use because they wanted to distinguish themselves from each other.  These Elements also are where the Wizards get their names from.  For example, Alcyone the Thunder Wizard.

Here are a few things Wizards have been seen controlling.

Additionally, while a Wizard can freely manipulate their Element in almost any possible way given space and time to focus, they have certain memorized moves that they use in combat or high-intensity situations.

For Elemental Armor/Form, these are two spells, but each Wizard can only possess one.  When choosing which one, consider if the Element the Wizard is choosing is hard to strike.  If it is something like Water that cannot be hit by normal means, then the Wizard will have Elemental Form.  But if transforming the Wizard's body into that Element would not make them harder to hit, then give them Elemental Armor instead.

To see what Elemental Spells the Wizard has, roll 1d4 once for an Apprentice Wizard, roll 1d6 twice for a Magus, and roll 1d8 three times for an Archmage.  They cast these spells are per the GLOG system, detailed here.  However, on a roll of a double or a triple, their spell fails or alternatively, the spells fails in such a way that is logically consistent and possibly gives the players some kind of benefit.

Creates chains or bonds out of the Wizard's Element that ensnare [dice] people.

Creates [dice] inanimate wall of the Wizard's element.  Creatures near a wall are thrown to one side.  If they successfully pass a Dex check of appropriate level, then they can dodge past the forming wall onto the side they choose.

Creates and launches [dice] projectiles at up to [dice] enemies, with each projectile doing 1d6+[dice] damage.

The Wizard encases himself in elemental armor that is solid enough to stop most attacks.
This gives him +[sum] bonus HP.  When this HP is consumed, the armor breaks and the spell ends.

Transform part of your body into a freely moving cloud/mass of whatever the Wizard's Element is.  In this form, they are immune to non-magical damage.

The next attack the Wizard makes gets +[sum] to hit and does +[dice] damage.  The damage done from this counts as magic.

Transforms [dice] objects into your Element.  Sentient objects get a saving Throw.

The Wizard can freely manipulate [sum] gallons or pounds of their Element.  If they have an Element that does not have weight or take up physical space, they can control all the matter in (one die) within 10', (2 dice) within 30', (3 dice) within 50', (4+ dice) within line of sight.

The Wizard's Element within the area automatically works to defend them, giving them +[dice] bonuses to saving throws and their enemies penalties to attacks.  This has to be logically consistent, such as the Earth rising up to protect them from danger or smoke making it harder to see them.  Range is for one die all the Element within 10' defends them, for 2 dice it is all the Element within 30', for 3 dice all within 50', and for 4+ dice, all within line of sight.

Conqueror's Haki*: Whenever you engage Alcyone in combat, or he kills one of your compatriots, you must save vs fear.  On a failure, you take 1d6 CHA damage.  Every round you take 1d6 CHA damage.  If this CHA damage ever equals or exceeds your CHA score, you gain the Conviction "I fear the Wizard Alcyone, and will never fight him."  Anyone who has this Conviction will never fight Alcyone, and must flee at the sight of him.  Even saying his name might make you nervous.

Trump Card: 'Wrath of Heaven'.  Does 1d20 damage to one person, save for half.

Spellcaster: Alcyone is a level 4 spellcaster, and has four spellcasting dice.  He has the following Elemental spells memorized: Bind Enemy and Elemental Form.

Wall of Wind: Alcyone can make walls of wind across a space, that push anything outside the wall away from it, while not moving on the outside.  Also, this tends to suck the air out of a place, but in any area with decent ventilation its not a problem.

Protected by the Wind: All projectiles against them miss, and all melee opponents are flung backwards with hurricane force. This cannot protect him from something that the Wind couldn't, like say, a flung boulder or a hellfire missile.

Tactics:
- Fly around
- Shoot lightning at people
- Don't check morale until someone Manifests a Semblance or uses a magic weapon 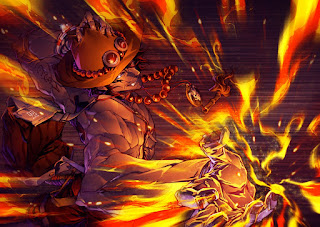 But what does this mean for me?

There is a schism in the presentation of Wizards in RPGs.  First there are the PC Wizards, who can cast magic, but are very mortal.  They can only cast three spells a day, can be killed by a lucky housecat, and are bullied by Orcs who steal their spellbooks and throw them into the mud.  But at the other end, their are Wizards that create wonders beyond imagination, ruling whole countries and attempting to ascend to Godhood.  Now this schism is not always a problem, in a long-running campaign, perhaps the PC Wizards could eventually rise to that level of power and prestige.  But even if they become the theoretical equal of these Wizards, odds are they will never amass the unique wonders, power and status that one of these Godlike NPC Wizards has.  Just because you both have 9th level spellslots doesn't mean you are the equal to Shadoom, the Recreator of the Serpicant or Vaboola, the person who discovered Enlarge Person and became the powerful being on Centerra for about twenty seconds.

So in my Modern Occult setting, which will receive a proper name someday, though the smart money is on Those who Know, I have decided to side-step the issue.  There are no PC Wizards in this setting, PCs can't even cast spells.  They have their own unique brand of abilities, but they lack the pussiance of a Wizard.  This provides two key benefits.  First, we do not have to worry about the Wizard schism, because all Wizards can be immensely powerful.  And secondly, you as the GM don't have to worry about making the Wizards make sense.

How did the Wizard make this?  Because they're a Wizard.  How did they enchant these bullets?  Because Wizard.  How did they awaken the Great Sorrow, Nyalaros?  One word: Wizard.  This frees me and you from the burden of realism.  You don't have to worry about players trying to reverse engineer a ridiculous, unbalanced magical device, make rules for crafting magic items, or anything of that sort.  You can just say, a Wizard did it, and be done with the issue.

And while this does cut down on "hijinks potential" as Scrap Princess put it, that fact is easily compensated for by the fact that since Those who Know is set in the modern world, the players already have plenty of things to build ridiculous weapons or traps out of. 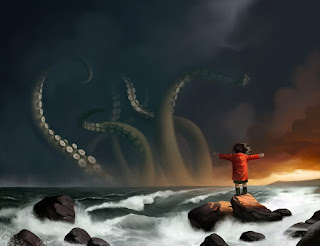