Some classes are defined by the knowledge that only they possess, and can bring to the party.  The Shepherd is not like that.  This is a class defined by ignorance.  A Shepherd is someone who doesn't know anything about the paranatural or supernormal, and probably doesn't care too.  All they know is that something weird is happening, and the best solution is probably to find who is responsible and kick their ass.  A Shepherd is the straight man, the person who reacts with predictable horror to whatever ghoulish thing they just saw slithering out of the dark shadows.  However, not everyone reacts to fear by shitting themselves and running away.  Some people fight. 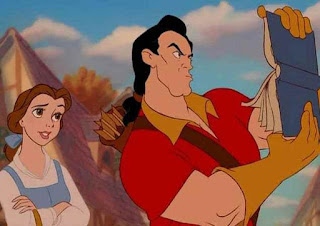 The Shepherd is a class that's good at fighting and surviving, but their most powerful abilities not only benefit them, but also aide the allies.  They are for the person who wants to play a good-hearted, if thick-skulled warrior.  It is a class that fits what I like to call a mid-tier fighter, as they are good at fighting, but do not exclusively specialize in it.

Wheel of Fortune: At the start of any combat, as a free action, you may roll 4*[your level] d20s and write down all the numbers you roll, then arrange them in a vertical list in any order you want.  Instead or rolling your dice, when you need to roll a d20, just cross off the next number.  When you run out of numbers, roll like everyone else.

Fearless: You are immune to fear from anything that hasn't damaged you.

First Blood: If you manage to damage an enemy before taking any damage yourself, you recover +1d6 Fighting Spirit.

Bright Star: Instead of getting your usual number of luck points at the beginning of the day, you may roll 1d12 and receive that many Luck Points.  These Luck Points reset when you next rest.

Roar: As an action, you can scream as loud as you can.  All enemies must make a Will Saving throw.  Any enemy who fails their Save takes [sum] damage, where [sum] equals the number of enemies who failed their Saving Throw.  All Allies regain +[sum] FS.

Infectious Courage: All allies get +4 to Fear Saves if they can see you.

Don't Turn Your Back on the Body: You become invincible, and unless (incredibly specific weakpoint) is struck, you will never die of HP damage.  You can still die of drowning, suffocation or poisoning, but unless your weakpoint is hit, you cannot be killed through HP damage.  You may choose this weakpoint.

This is only a belief the Shepherd has.  They can still be killed by HP damage.  However, if their is a chance of them surviving, or they are left for dead, or something like that, presume they survive.  For ruling purposes, if no PC confirms the Shepherd as dead, they probably survived.  And if you think that is inconsistent and doesn't make any sense, all the better.  The Shepherd is a class that strains the fiction of the game, exploiting it in ways that no one else can.  Essentially they are playing as Deadpool, if Deadpool broke the fourth wall but believed he was just crazy, and didn't think the fourth wall actually existed.

I reject your reality: Once per session, you may ignore a rule.  If fire does 1d6 damage per round, you may ignore that damage for one round. Whatever rule you decide to break only lasts from your action until your next turn, so be careful.  If you choose to ignore damage, it only works against the next attack against you.

The Stars Are Right: Once per session, at any time, you may gather as many dice as you want and roll them.  The DM should ask you before you roll, "Evens or Odds?"  You should pick one.  Then roll the dice.  If more of your pick come up, then the DM will alter one fact about the current situation, based on your suggestion.  For example, "This combat would be easier if we had more guns."  However, if more of the opposite come up, then whatever problem that is currently afflicting the characters get worse.
By Yami Bakura at February 06, 2018