While some are born strong or special, most are not.  You are one of those people.  Nothing particularly stands out about you.  You don't consider yourself especially talented in any areas.  Others have complimented you all of your life, or maybe those compliments have been few and far between.  But even those you valued them, you never really believed them.  You were just an ordinary man, and their was nothing especially weird about you. 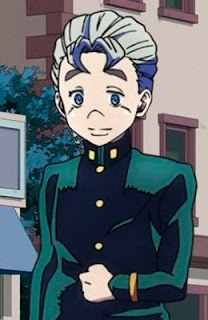 But then, when the chips were down, you found that you did not flee in terror, but stood tall, and shielded your friends from what horrors confronted you.  For once, you understood what you should be doing with your life.  Everymen have one simple role in the Gary vs Monsters party.  They do damage, and lots of it.  Since Gary vs Monsters is OSR-compatible, most of the monsters and enemies do not have a huge amount of HP.  This is compensated by most of the classes not having high attack bonuses, and doing basically no additional damage on a hit.  So the Everyman is designed to fill the same role the Fighting Man usually does, but with a few exceptions.  First, he or she has less health than a Fighting Man, so the Shepherd and the Alice must make sure he or she doesn't take too much damage from the Monsters.  Secondly, their is an aspect of risk.  Do they attack now and risk the Monster surviving?  Or should they try and get another Overdrive Token?  What about now, when the Alice is finally out of Fighting Spirit?  What about now, when the Shepherd is missing an arm and bleeding out?

Overdrive: For every successful attack you get in, you get an Overdrive Token.  As an action, you may make an attack.  When you make the attack, before you roll, you may choose to offer up as many Overdrive tokens as you wish.  On a hit, they deal an additional amount of damage equal to how many Overdrive Tokens you cashed in.

However, if when you bet your Overdrive Tokens on an attack that misses, then you lose them automatically.  At the end of the day, all unused Overdrive tokens are automatically lost.

Parry: When an opponent successfully attacks you, you can, as a reaction, attempt to parry the attack.  Roll your damage dice and subtract it from the damage dealt.  You can only do this if you could concievably parry the attack.

Reaction: When you get attacked, you can make an attack as a reaction against an opponent.  This counts as an attack for the purposes of your Overdrive Meter.

Tag-in: If an ally is going to take an action to attack, they can instead give their action to you, if they so choose.  If they do so, you may make another attack.  But even if your ally could, you may not make any more attacks then what you normally could.

Cash the Check: As a free action, you may spend any amount of Overdrive Tokens to regain that many Luck Points.  This cannot let you gain more Luck Points then you would normally have. 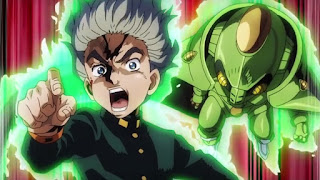